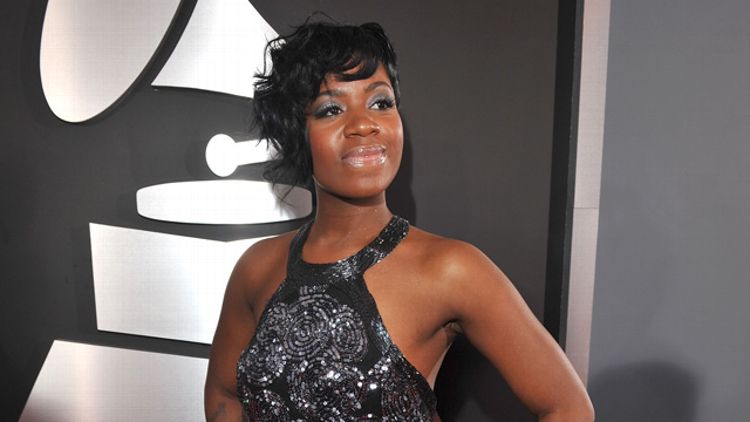 If the title of this piece sounds like an Encyclopedia Brown book, that’s because we have a bona fide caper on our hands.

This past Friday, the nominations for the 56th annual Grammy Awards were released. As per usual, there were surprises, there were snubs, and many of the decisions make very little sense. But even while being aware of the troll that is the decision-making process, it’s almost impossible not to care. Because a Grammy will forever be this sick, twisted, archival form of validation.

Part of this year’s madness is the state of rhythm and blues. In 2012, the National Academy of Recording Arts and Sciences performed major overhauls of many of its categories, deciding to consolidate here, rename there, and in some cases, eliminate altogether. Best Contemporary R&B Album, a category that existed from 2003 to 2011, was one of the categories eliminated, with the remaining umbrella category, Best R&B Album, absorbing albums that formerly would have landed in the contemporary field.

The following year, 2013, a new category made itself known: Best Urban Contemporary Album.

The readjusting of the R&B categories is nothing new, though. Due to a number of things, from the rise of rap to the declining significance of the sung song, there’s been a noticeable panic regarding how to categorize all these oft-black singers. There was Best Traditional R&B Vocal Album from 1999 to 2002, which then became Best Traditional R&B Performance from 2003 to the present. Best R&B Performance existed from 1959 to 1968, but then disappeared for over 40 years, only to reemerge in 2012. And in 1991, Best Contemporary Soul Gospel Album, was created, renamed Best Contemporary Gospel R&B Album in 2008, and then discontinued in 2012, with nominees then shifted to Best Gospel Album.

But what does it all mean? What is urban? What is contemporary? Who is traditional? Some answers, from the 53rd edition of the Grammy Category Description Guide:

Traditional R&B Vocal Performance: “For newly recorded traditional R&B performances with vocals. This category is intended for those artists whose music may incorporate additional elements associated with blues, gospel & jazz. Traditional R&B would include such styles as soul, funk, neo-soul and smooth jazz vocals.”

Urban/Alternative Performance: “For newly recorded urban/alternative performances with vocals. This category is intended for artists who have been influenced by a cross section of urban music — from R&B, rap and jazz, to rock and spoken word — and whose music is generally that which is outside of mainstream trends.”

And then here’s an updated description, for the Urban Contemporary Album category, from 2013:

If you’re reading this and it makes you feel like you’re figuring out your first W-2, you’re not alone. Because it’s a combination of hybrid genres and buzzwords, also known as a mess. In the Urban Contemporary Album description, for example, the words urban and contemporary are used to define, which is one of the first red flags of logic learned in any middle school English class, defining a word with a word.

So where do we go from here? Since the descriptions only complicate the matter, perhaps the nominees can help make sense of these categories. The 2014 R&B nominees (only artists are listed, not their respective songs/albums):

Make sense yet? Of course not. Here’s a nice way to make it more confusing.

From 1999 to 2009, the Traditional R&B category serviced R&B stars of the past that continued to make records. The winners during this time period (in order): Patti LaBelle, Barry White, the Temptations, Gladys Knight, Chaka Khan and the Funk Brothers, Aretha Franklin, Prince, Aretha Franklin, George Benson/Al Jarreau/Jill Scott, Gerald Levert, Al Green/Anthony Hamilton. So, one could at least begin to figure out how the word “traditional” was being used.

And then there’s Urban Contemporary Album. Last year, in the category’s inaugural year, there were only three nominees: Frank Ocean’s Channel Orange, Chris Brown’s Fortune, and Miguel’s Kaleidoscope Dream. It remains unclear what the Grammys were trying to do with this category, but what it felt like was the category for “black singers that also happen to be wildly popular.” For 2014, Rihanna is nominated, with her only other nomination coming in the Best Pop Group/Duo Performance category for “Stay” featuring Mikky Ekko. Perhaps Mack Wilds’s inclusion also fits with last year’s trend, even though he’s only on a level of Miguel/Frank/Chris popularity if you watch MTV Jams 17 hours a day.

Rounding out the category: Salaam Remi, Tamar Braxton, and Fantasia.

According to the Grammys, Fantasia’s “Get It Right” is a traditional R&B song, while Tamar Braxton’s “Love and War” is simply an R&B song, but both of their albums are nominated in the Urban Contemporary Album category instead of Best R&B Album.

So there you have it: R&B at the 56th Annual Grammys. It’s a mess, and probably will continue to be until the word “urban” no longer is used as a safe conduit to describe “black” things, “contemporary” and “traditional” no longer are used as code for “popular” and “unpopular,” and R&B is no longer thought of as this middle ground between pop and rap.

There Is a Her-Inspired Clothing Collection; You Tell Me Who It's For