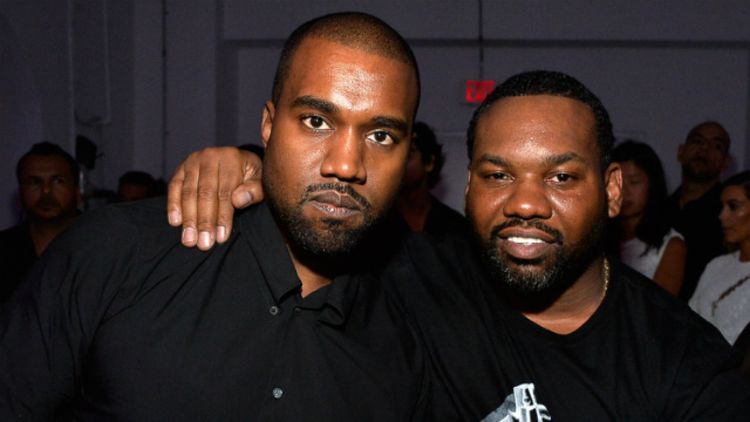 Much of the East Coast spent last week huddled beneath an onslaught of wintry mix — but down in balmy South Beach, the glaciers of ice were embedded in the lyrics of Raekwon the Chef. See, at Art Basel, the annual art festival that has rippled outward to become a monsoon, the stout Wu-Tang swordsman was omnipresent. It was unclear if gallery-scene Illuminati Jeffrey Deitch and Larry Gagosian had blessed him with an elaborate induction ceremony, but the Chef was reveling in the moment.

On Thursday night, Raekwon was poolside at the ritzy Delano Hotel, attending a fundraising event for an organization that uses proceeds from art auctions to provide dental care for kids. When bidding for an album cover signed by Jean-Michel Basquiat petered out in the mid-thousands, he barked on the microphone to encourage big spenders. “Put your hands together for this fly, international, luxurious art,” he said. Not coincidentally, Fly International Luxurious Art — or F.I.L.A. — is the title of his forthcoming album. (As an aside, it still sounds amazing when he just talks, like the dude is simultaneously eating Legos and commanding a platoon to flank its enemy.)

Later, Raekwon and Ghostface Killah performed an abbreviated set while surrounded by a thicket of cell phones raised along the edge of the pool like bulrushes. “We’re gonna do a little medley for y’all, it’s gonna be epic,” Raekwon predicted. After the duo bustled through parts of “Ice Cream,” “Criminology” and Ol’ Dirty Bastard’s “Shimmy Shimmy Ya,” spectating rapper N.O.R.E. was coerced into publicly fudging his own hit records. Aborting “Superthug” after 20 seconds, N.O.R.E. complimented Ghostface’s moccasins, gave credit to “Art Basil” and explained that he didn’t “know how to pronounce that shit.” Good vibes, good times!

If you were in Miami and missed the Wu-Tang Killa Bees, your absence could be excused. The rundown of events on Thursday was longer than a list of side effects to a methamphetamine prescription — which Art Basel has absolutely become. Scrolling through the shared Excel spreadsheets, PDFs, and calendars of events that ping-ponged across email has become an eye-glazing exercise in futility.

On Thursday alone, Nas performed at the Pulse art fair. Diddy rocked a Beats by Dre party. The Black Lips raged at Shore Club for Juxtapoz magazine. Paper magazine and W magazine had events. Spike Jonze’s new movie, Her, was screened. Margiela, BMW, DKNY, Perrier, and other companies had shindigs. Fancy hotels hosted exclusive dinners for bronze-hided moguls and masters of the arts universes. At least a half-dozen nightclubs from New York and Paris opened pop-up joints. Lenny Kravitz was sitting alone on a couch behind Nobu, being Lenny Kravitz alone on a couch behind Nobu.

Art Basel Miami Beach began 12 years ago as the North American offshoot of a high-end art fair founded in 1970 in the eponymous Swiss city. Initially a congregation of collectors, gallerists, artists, and jet-setters — and they still come here — the Floridian version has exploded in popularity over the past few years. Art fairs where prices soars into the millions have been supplemented by events that offer opportunities to more obscure artists and galleries, like NADA and the lovably weird Basel Castle. Every hotel along Collins Avenue hoists paintings up on the walls. The industrial streets of Wynwood are a labyrinth of spray-painted murals and installations. Luxury brands that used to sponsor open bars and dinners now compete with any company lusting for the attention of the city’s captive population of creative types, early adopters, and consumers with disposable incomes.

Kanye is still having panel discussions with Hans-Ulrich Obrist here, but Art Basel is on the same social calendar that includes Coachella, SXSW, Burning Man, New York Fashion Week, and Sundance. Even if you don’t attend any of these destinations, you’ve heard about them. They trend on Twitter and clog up Instagram timelines, pushing nonattendees into justifying their absence with either public yearning or scorn. We collectively share experiences in real time from behind our computer screens, but social media has also propagated a potent strain of FOMO.

But back to Raekwon. Over the course of Art Basel, he also performed at a pop-up version of New York nightclub 1 Oak, watched the Kendrick Lamar show in a Wynwood concert series, and attended an exhibition by Los Angeles–based artist Kesh. On Saturday night, the Chef hung out at a house party in a waterside mansion that was affiliated with Hennessy, street-culture magazine Frank 151, and French clothing company Pigalle. Trap music thumped, social media darlings like Vashtie Kola and the #been #trill dudes photo-bombed, avant-garde designer Shayne Oliver from Hood by Air trod around in tiny black shorts, and Mykki Blanco chatted with Venus X and Ghetto Goths from the “Kingpinning” video. This wasn’t all about art, precisely, but it was surely a faction of a new artistic class.

Raekwon’s impromptu performance of “Protect Ya Neck” was met with enthusiasm, especially considering the 1993 single came out around the same time some of the revelers were unleashed from the womb. “He’s a legend,” said Charaf Tajer, a Parisian nightlife impresario and one of the founders of Pigalle, who lounged by the pool in a Versace shirt. “For us, it’s a big deal because we listened to him as kids.” There is still a place at Art Basel for Fly International Luxurious Art, at least.

Filed Under: Ghostface Killah, We Went there, Wu-Tang Clan