State of the Wunion: A Ruckus-Free Return for the Wu-Tang Clan 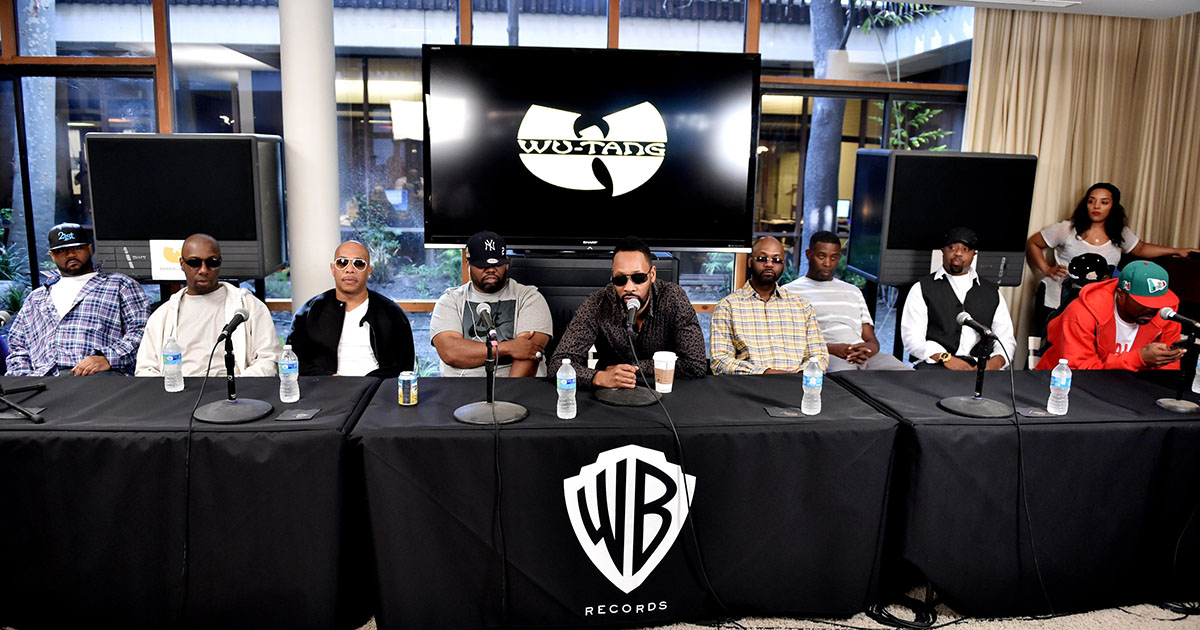 A commercially middling cult band whose brand awareness verges on the Beatles-esque, immortal in the hearts of a global stoner coterie for whom new product or its absence is largely beside the point, historically stronger on cryptic envelopment than hooks, never quite the same after drugs robbed them of the guy with the poor-hygiene-evocative stage moniker: Is there any doubt at this point who “rap’s Grateful Dead” really is? Jay Z got away with self-applying the title on 2003’s “Encore” because it was 2003, when few dared begrudge Hov anything — and because Staten Island’s Wu-Tang Clan, then two years into an entropic hiatus that would last four more, weren’t around to challenge him.

A Better Tomorrow, reportedly the group’s swan song as a recording unit, released earlier this month after endless bickering and dickering, is also the first all-hands Wu album in seven years. (I refuse to count the stunty Once Upon a Time in Shaolin, produced in a limited edition of one copy, priced at $5 million, glimpsed in a Skrillex video last month.) The length of their absence has something to do with logistics — minus Ol’ Dirty Bastard, who died in 2004, but including Cappadonna, promoted to first-string membership as of 2007’s 8 Diagrams, there are once again nine dudes in the Clan, with solo careers and Hollywood deals and cobranded e-cigar lines to look after. But even getting all nine deadly venoms together in a room now guarantees exactly nothing. During the recording of Diagrams, a rift developed between Raekwon and producer/de facto ringleader the RZA over the creative direction of the group. As late as this April, Rae was still comparing the likelihood of his gracing Tomorrow to “climbing up a fuckin’ mountain if you got on slippers.” The underlying issues may have been personal or contractual, but they were also musical: Raekwon called RZA a “hip-hop hippie” for pushing live instrumentation over the brass-knuckled beats of yore, and gave interviews questioning his leadership and his read on the marketplace. An entire crew operating on unsynchronized rapper time was an obstacle they’d overcome countless times before. Open revolt was another story.

Apparently some of that tension has since been hugged out: On the hokey, heart-tugging “Wu-Tang Reunion,” Masta Killa describes a family gathering with everyone under one roof, enjoying burgers, fried fish, aunt-baked cherry pie, and celebratory Ciroc shots. And Raekwon’s all over the record, kicking that old surrealist crime-lord lifestyle porn (“Meetings in the Vatican, drinkin’ Scotch with the Muscle Milk”) like it’s all good. Which it may well be. The Clan’s Daily Show appearance this past August — easily the most awkward tête-à-tête between Shaolin’s finest and a late-night personality since the RZA built with the god Hank Kingsley on Larry Sanders — will still make the short list of notable Wu TV appearances simply because everybody showed up. (On Sanders, the role of the Clan was played by Cappadonna and third-banana Wu-franchisees Killarmy.)

But to make us forget all we know — the gap between recordings almost as long as Taylor Swift’s career, the public sniping, the growing sense of the center not holding and the comeback albums as stages of a long good-bye — this needed to be a world-exciting late-career triumph. Instead it’s awkward and tentative and somehow audibly the work of guys who don’t communicate like they used to. It’s not a bad record; it’s just a depressing one. They can still stop you in your tracks with a single turn of phrase, and more than ever, a great line can come from anywhere. “Wild like the theme park ride called the Buccaneer / Weed in the Tupperware, throw you off the upper tier” stopped me twice — once when I heard it, again when I realized it was U-God. But clunkers also abound, as if the need to preserve studio truces made basic quality control impossible; nothing else explains why the first Wu record in seven years would let Inspectah Deck tee off Track 1 with a verse lazily name-checking TV shows (“With the son of anarchy, I be breaking bad”) and comparing himself to the Dos Equis guy. If your affection for this outfit hinged in any way on their virtuosic way with a Marianas-deep pop reference, it’s tragic to see them resort to channel-surfing dad jokes. But since we now live in a world where Method Man — Method Man! — tells young’uns “I can see your drawers, pull your pants up,” maybe we’re well on the other side of the dad-rap looking glass by now. And while RZA recently told NME that he grew up freestyling on the same patch of Staten Island sidewalk where cops choked Eric Garner to death, this record feels unbecomingly insulated from the tensions of the past 12 months; even a video splicing together protest footage from Ferguson and New York couldn’t make the title track’s Puffy-esque pilfering of Harold Melvin & the Blue Notes’ “Wake Up Everybody” feel earned.

The real problem here is that Raekwon was right about the music. A cracked maestro of the sampler, RZA just can’t coax the same grit and weirdness — what director Jim Jarmusch once called that “beautiful, broken sound” — out of the live instruments he’s preferred since learning to read and write music in the early ’00s. There’s a highly unbecoming jazzbo competence to a lot of these songs, peaking with the sax-vamp outro of the Dusty Springfield–interpolating “Preacher’s Daughter,” the first Wu-Tang song ever to make me think of a talk-show band really going for it during a commercial break. Wu mythology holds that RZA could never quite re-create the precise grimy texture of the early Wu tracks after a flood destroyed the basement studio where he made them. The closest we get here is “Necklace,” which could at least have slipped onto Wu-Tang Forever — storm-cloud piano chords, rattlesnake percussion, a warped soprano sax wavering in the mix like a mirage of Wu-Tang Mountain. The production is credited to 4th Disciple; go figure that the Tomorrow cut that sounds the most identifiably like the RZA is one of two he didn’t produce. 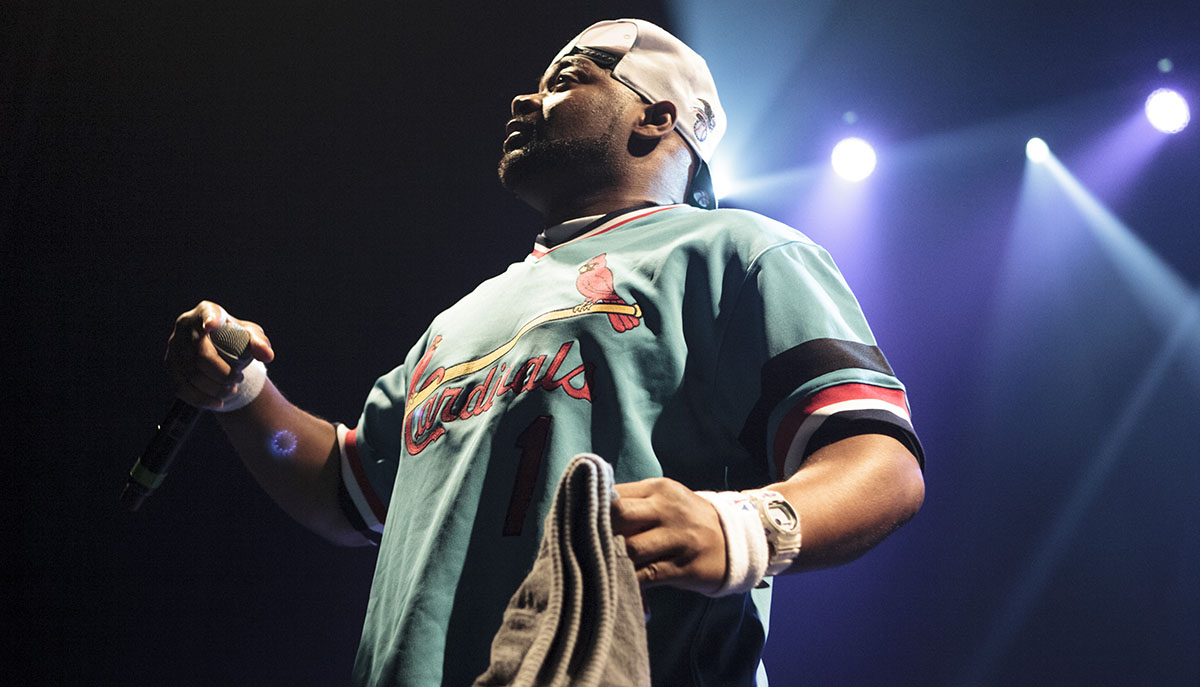 The most purely enjoyable 2014 Wu product you can’t pay for is Raekwon’s October mixtape We Wanna Thank You, a collection of 20 freestyles over vintage and semi-vintage R&B instrumentals — from the Isley Brothers’ “Footsteps in the Dark” to Sunshine Anderson’s “Heard It All Before” — originally released on Rae’s Twitter under the #TBT hashtag. It’s the sound of a virtuoso slipping into history like it’s a borrowed mink. The best Wu-related album you can buy is Ghostface Killah’s 36 Seasons, which popped up in stores a week after A Better Tomorrow. Ghost is the Wu member with the most consistent solo discography and (not coincidentally) the one who’s benefited the most from the contributions of outside-the-compound producers. On Seasons, the tracks are by the Brooklyn soul band the Revelations — who supplied primo ersatz-Stax grooves for the RZA-approved compilation Wu-Tang Chamber Music back in 2009 — and contributing producers like Fizzy Womack, better known as M.O.P.’s Lil Fame. Relaxed and low-key astonishing where ABT is high-pressure unremarkable, Seasons would be the live-band hip-hop-soul album of the year in a year without a Black Messiah. It still makes a stronger case for human musicians as an acceptable substitute for samples than projects like this one usually do.

As with Ghostface’s giallo-soundtrack-inspired 2013 album Twelve Reasons to Die, this is a concept album if you need it to be one, something about an aging tough guy back on the block, finding “crackheads on every corner” and another dude bedding his girl and — worse, from a Tony Starks perspective — wearing his robes. After he is double-crossed and possibly disfigured in an accident (hence the MF Doom–meets-Slipknot mask on the cover, I guess) he goes into “revenge mode.” Whatever — the plot is an excuse for Ghost to swear instant-classic oaths like “I’ll wipe my dick on your spaghetti fork” and fill out his supporting cast with street-rap luminaries like AZ and Pharoahe Monch. It’s a supergroup effort by default, on which it’s not Ghostface but Kool G. Rap, rhyming as a crooked cop reminiscing about his first mob hit on “Loyalty,” who walks off with the title: “A little place in Coney Island called the Clam Kitchen / I walk right up to the table where I can’t miss ’em / And his bodyguard comin’ out of the can dissin’ / The two waiters serving plates stood in a trance, shivering.” Then the punch line, which imbues the rest of the story with the weight of things left unsaid, not to mention an echo of a certain immortal couplet about growing up on the crime side: “Been running here for nine years, and believe me none of them kind years.”