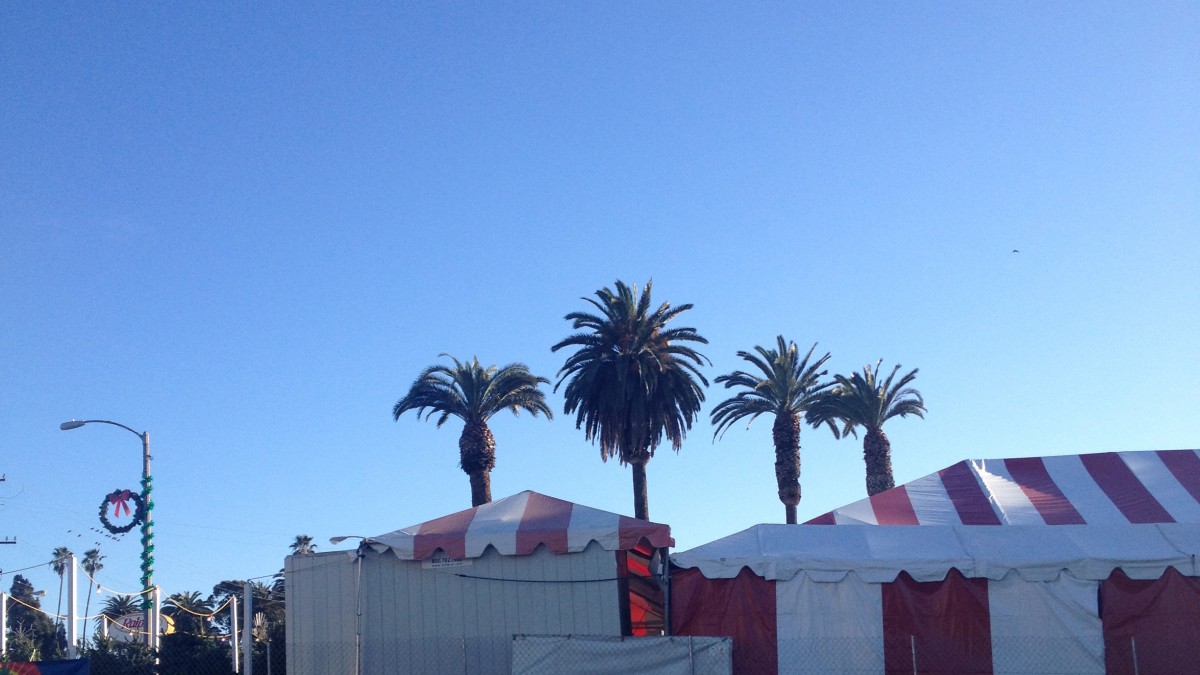 Inherent Vice‘s wayward hero, Doc Sportello, lives in Gordita Beach, a fictional seaside community based on the real Manhattan Beach, where Thomas Pynchon lived in the ’60s and ’70s. Pynchon drew on his experiences there to write the book that Paul Thomas Anderson’s film is based on. Like many Californians of his era, Doc Sportello is a pleasure seeker, and Gordita Beach is a beautiful, sensual place — the physical opposite of the brutalist “Glass House” prison complex that Inherent Vice‘s corrupt L.A. police officers operate from. At his ramshackle apartment in Gordita Beach, Sportello can simply roll out of bed, roll a few joints for the day, and then sit back and watch the waves roll in. Gordita Beach in the early ’70s is like Doc Sportello: louche, laid-back, and more than slightly gone to seed. The movie traces the cultural tipping point when the pleasure-seeking got out of hand, when the high turned into paranoia and the silent majority emerged to reset the clocks. A trifecta of tragedies closed out the decade: the Manson murders, Altamont, and the election of President Richard Nixon. 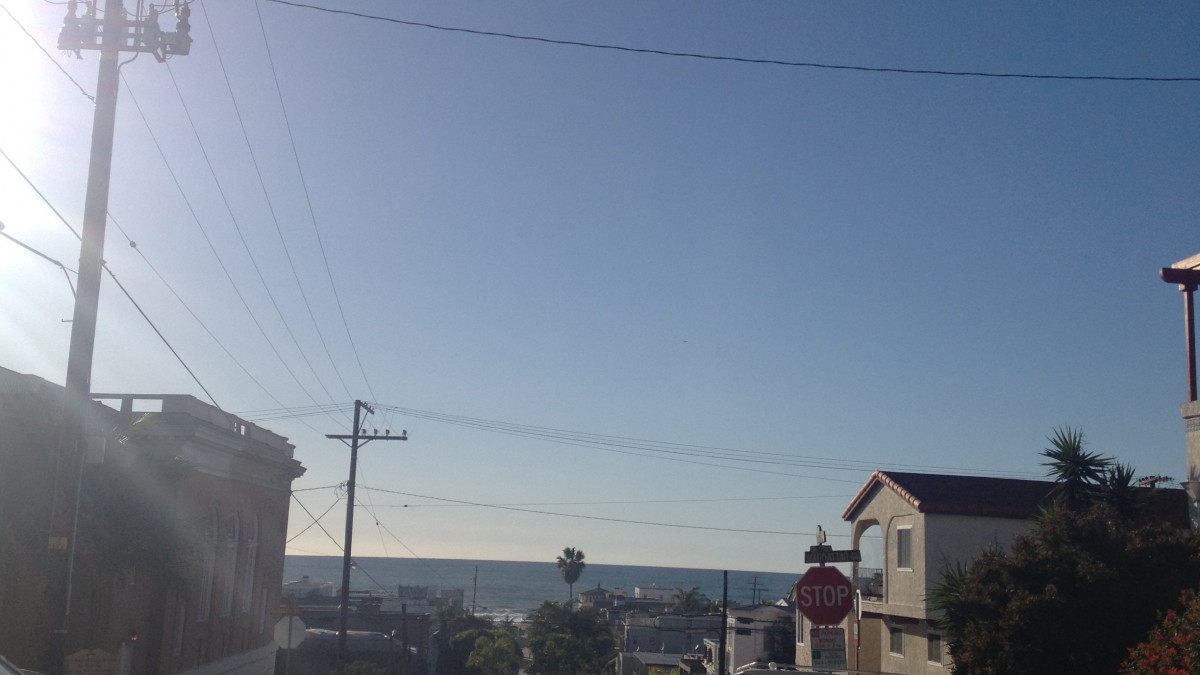 At a certain point there is such a thing as too much sex and drugs (there can never be too much rock and roll). Inherent Vice, like Sportello, watches the way things crumble with a mix of bemusement and fear. LSD and marijuana gave way to cocaine and heroin, orgies became the suburban key parties of The Ice Storm, and the hippie dream of universal empathy soured into the fatalistic cynicism of the ’70s. How else could you make peace with feeling so helpless, watching the bad guys win again? Sportello is, like his spiritual brother Jeffrey “The Dude” Lebowski, a ’60s relic, though in his own time: anti-conflict, pro-marijuana, uncomfortable around wealth — a hippie Falstaff whose excesses are purely personal. Every time Sportello exits his beach cave, he is confronted by the horrors of the world, particularly the secret systems of control in place all around him that others don’t seem to notice.

Today, the Strand along the shore on Manhattan Beach is an enclave for the extremely wealthy; rich people, particularly athletes, shell out millions for mansions. But it was not always this way. Much like Venice Beach, this was once a place for fringe-dwellers and artists who would later find themselves priced out. The modest duplex where Pynchon crashed now goes for over a million. Like many L.A. communities, Manhattan Beach also has a shameful history of documented pro-segregationist tactics. In the book Inherent Vice, Pynchon described a Gordita Beach park with a plaque describing its secret racist roots, based on a real park now known as “Bruce’s Beach” in honor of a demolished resort. George H. Peck, the rich founder of Manhattan Beach, “set aside two city blocks of beachfront area and made them available for purchase by African Americans.” Bruce’s Beach catered to black Angelenos, who were excluded from the white high society beach clubs. But in the 1920s, the land was seized by the city for reasons of “eminent domain,” and, in the ’60s, turned into a park that now bears a plaque commemorating the atrocity that made it possible. Even beautiful beachfront parks are built on soil soaked with bad blood. Inherent Vice is the eeriest horror movie about land theft since The Shining, or at least There Will Be Blood. 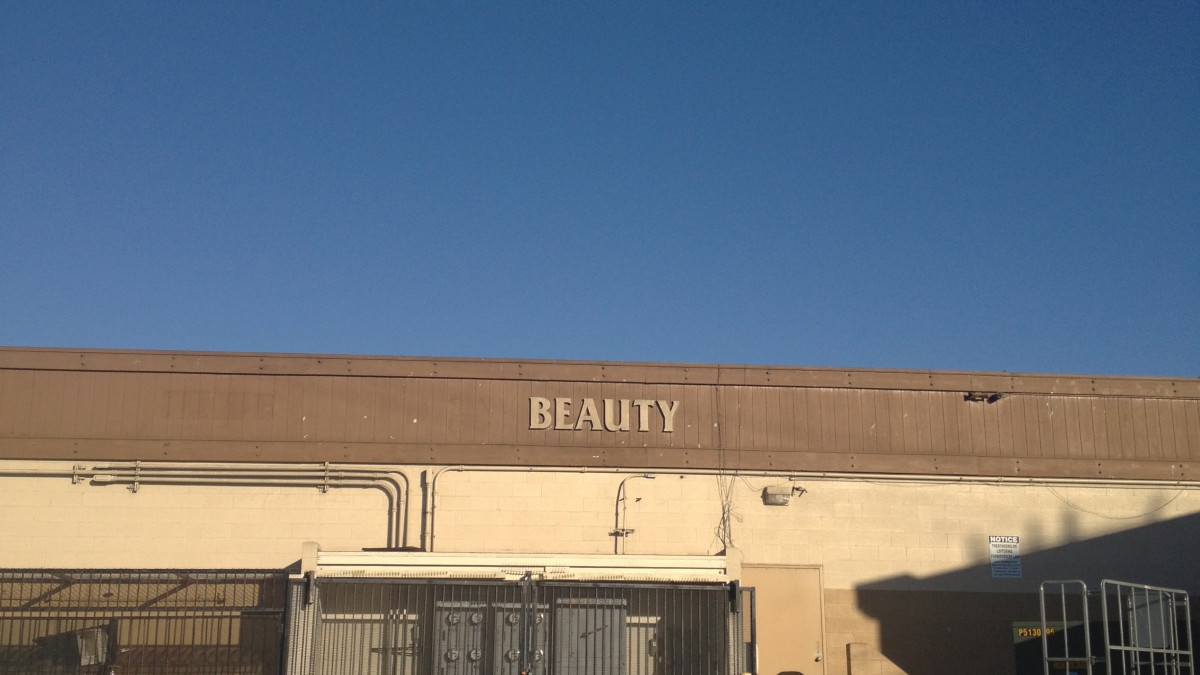 People who wander tend to find themselves at the city’s edges. Charlie Manson comes up repeatedly in Inherent Vice as a sign of the bad-tripping times. Manson picked up Sharon Tate murder participant Patricia Krenwinkel in Manhattan Beach, where she was living in an apartment with her heroin-addicted sister. Krenwinkel abandoned her car there in 1967, after Manson and “Charlie’s Girls” Mary Brunner and Lynette “Squeaky” Fromme convinced her to join them on a trip to San Francisco. The Ted Demme movie Blow, starring Johnny Depp as real-life cocaine smuggler George Jung of the Medellín Cartel, has scenes set at a fictionalized version of the real Manhattan Beach hair salon The Tonsorial Parlor, where Jung and hairstylist Richard Barile moved large quantities of pot in the early ’70s. Even in the shiny upscale version of Manhattan Beach that exists today, there are traces of the scuzzy old beach town it used to be: greasy pizza places, Mexican joints like El Tarasco serving giant burritos wetted with salsa and cheese to drunk customers hunched over a counter (Pynchon was a frequent customer), and beach shacks serving the good ol’ hippie sandwich of avocado, sprouts, and cheese on wheat bread from the Inherent Vice era to girls who look like Sortilège. There are motels with beachy names, and as always, beautiful people in bathing suits. On the Fourth of July, girls in bikinis drink beer and skate, Roller Girl–like, down the planks of the Strand.

I have my own nostalgia for Manhattan Beach. It’s where my college boyfriend grew up, and I spent a lot of time with him there about a decade ago. Being a Valley girl, I had never spent any time in the South Bay, and at first I felt like a total alien — mystified by the existence of Manhattan Beach, which was, to my North Hollywood eyes, a place that only existed in the movie Gidget. I couldn’t believe that beach culture was a real thing, that slang like Inherent Vice‘s “flatlanders” is not much of an exaggeration for how secluded and solipsistic the beach can be. I couldn’t imagine growing up there, spending every day in a bathing suit at the beach, if only for the practical reason that as a redhead I need a constantly very high SPF. But the longer I spent at the beach, the more I understood the attitude that everyone there seemed to have: Why would you ever live anywhere else? The appeal of living near the ocean made immediate sense, but there were other aspects that revealed themselves more slowly. Manhattan Beach had a small-town feel that the Valley completely lacked, despite the latter looking just like a small town and me only knowing my most immediate neighbors. In the South Bay, everyone seemed to know each other. And there is nothing, nothing, like the empty beach at night.

When Inherent Vice the book came out, and focus turned to Pynchon’s years in Manhattan Beach, I felt vindicated in a certain way. Happy that Pynchon demonstrated that a place often stereotyped as unintellectual — the California beach — had been a cradle of ideas for one of America’s greatest writers. The physical outdoors and the private mental indoors could coexist and even feed each other. Inherent Vice is a movie about recollection and how it can become more vivid the fuzzier it gets. It’s also an era-appropriate warning against trusting institutions, a stoner giving a rambling speech embedded with the truth. Lurking beneath the mutton chops is an incredibly smart subversive movie about corruption, enlightenment, and the connection between all things. Under the paving stones, the ’60s!

State of the Wunion: A Ruckus-Free Return for the Wu-Tang Clan