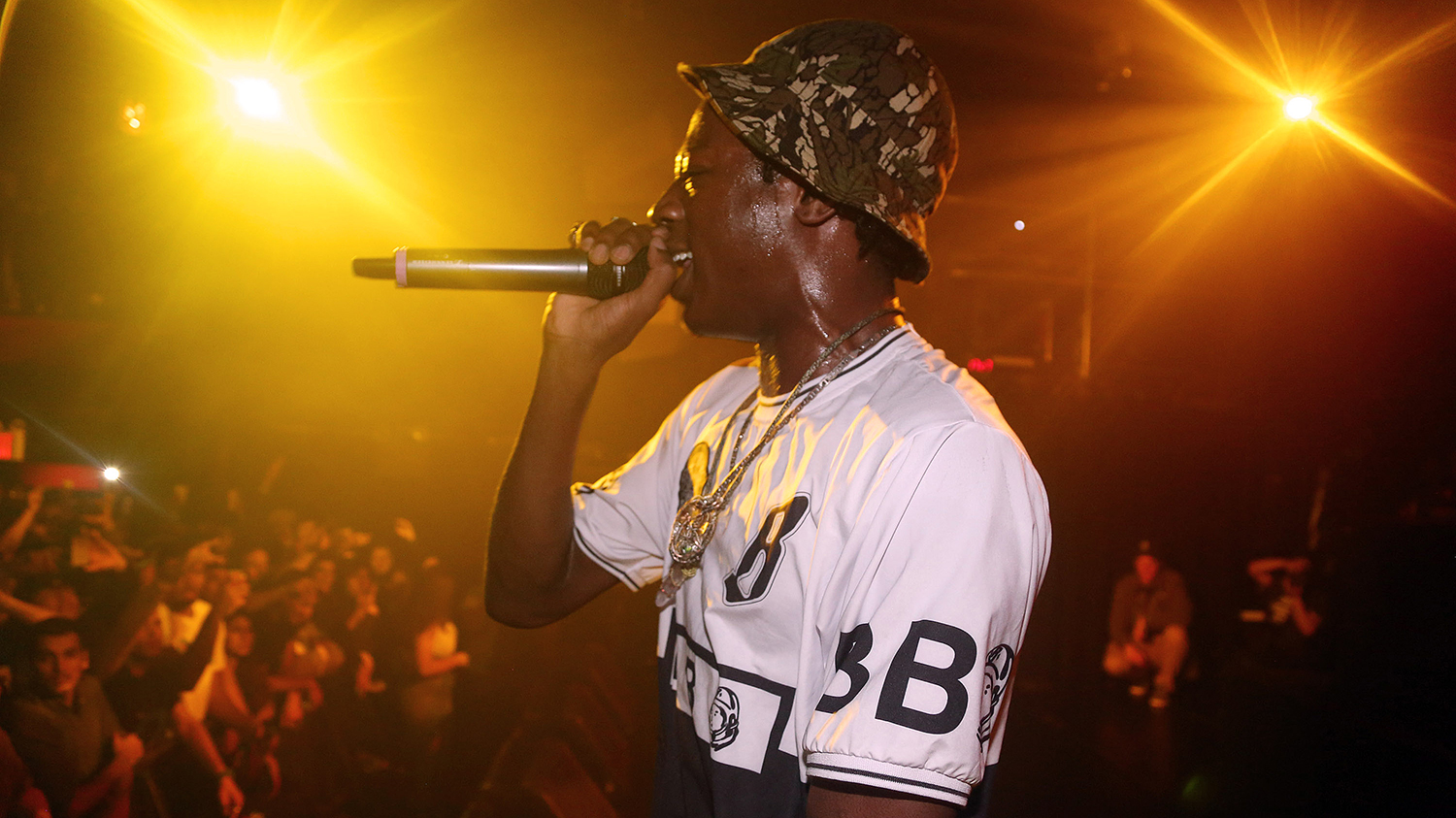 Joey Bada$$ has a lot going for him. He’s got cosigns from some of the luminaries of hip-hop’s older generation, including Talib Kweli and the Roots. His debut album, B4.DA.$$, drops Tuesday, and it features production by Statik Selektah and DJ Premier, among others. Some of the rapping has a certain smoothness that’s well served by his beats. If her T-shirt repping his Progressive Era crew is any indication, he’s apparently Malia Obama’s favorite rapper.

But there’s something missing.

B4.DA.$$ has its merits — it’s very polished, with beats that are probably best described as “solid boom-bap.” None of the songs are … bad. If that sounds like damning with faint praise, that’s because it is. The album is a fun listen, which is something Joey Bada$$ probably doesn’t want to hear. After all, he’s not here for fun. He’s here to save hip-hop.

Bada$$ was born in 1995, when most of the music that influences him was being made. B4.DA.$$ is animated by a rosy, hazy vision of ’90s hip-hop, one that’s beyond easy to understand, especially if the listener grew up idolizing Biggie, Tupac, and the rest of the Golden Age pantheon. But an attempt to simply live up to their heights — to do the same thing two decades later — is bound to fail. It’s removing originality from a genre that thrives on the new and singular. The best rap albums sound like they could have been made in 1989 or 2089. B4.DA.$$ sounds it was made in 2014 by a 20-year-old trying to mimic 1994.

Joey’s age shouldn’t be an impediment to hip-hop success. Much of the genre’s best material has come from kids who didn’t know what they weren’t supposed to do — the spirit of hip-hop is about formal rebellion. That’s particularly true of many of Bada$$’s heroes, from the sample-ridden fantasyscape of De La Soul’s 3 Feet High and Rising to the comical politics of K.M.D.’s Mr. Hood. These albums were disruptive forces — nothing else sounded like “Potholes in My Lawn.”

But in this case, youth is being deployed solely as a tool to sell an old product — and the weight of B4.DA.$$’s influences make it clear that he is not trying to break any rules. The current wave of ’90s revivalism, and the associated hype for Joey Bada$$, makes sense in context, but that doesn’t mean the finished product is going to be particularly notable.

It’s cool that younger listeners will enjoy Joey Bada$$ as a way of being introduced to this sound, especially when one of those fans is a First Daughter (though Joey admitted he didn’t know who Malia Obama was when the photo leaked, scuttling conspiracy theories about the Teen Illuminati). But B4.DA.$$’s reference density primarily serves to point listeners toward other artists she could be blasting. Paying superficial homage to, say, Wu-Tang Clan, is high-risk, high-reward — if it turns into something genuinely original, you’re making great hip-hop. If it doesn’t … why not just give “Protect Ya Neck” another spin?

In some respects, Joey’s career is the victim of stasis and overhype, a cautionary tale for a genre that worships youth in an era when any artistic innocence is increasingly exploited. For every Earl Sweatshirt, capable of making his art his way in part by scaling down his audience, there’s a Chief Keef, whose originality was plundered by his major-label contract before being thrown away. (And that’s still a relative success story.)

That hype felt real in 2012, when Bada$$ released his first mixtape, 1999. It featured an even fresher-faced kid, rapping pretty much the same way over dusty MF Doom beats.

It blew up for a reason — it might have put a lethal amount of attention on a still-cooking artist, but it was also a certain type of rap purist’s wet dream. For a while, it was mine. 1999 is still a very good mixtape — I listen to it a few times a year, something I can’t say about most similar projects from more than a few months ago. (Certainly, I’m more aware now of how well pitched it was to 2white, college-age rap fans who are really into Native Tongues, a.k.a. me.) But the excitement it generated was precisely the reason I liked it. This was music that sounded like the music I loved, made by someone my age.

On tracks like 1999’s “FromdaTomb$,” Joey simply sounds younger. That doesn’t just mean his voice is cleaner and clearer — it means he exudes more potential and a sense that a very talented kid has succeeded in mimicking his heroes before moving on to other things. That’s why I still return to 1999, to get a desperate whiff of that energy. Like many of the classic albums from Bada$$’s prenatal formative period, it harnesses a deep, youthful vigor and carefreeness.

But where those albums are all about using the past in fun and irreverent ways — A Tribe Called Quest gleefully stealing from Lou Reed or De La Soul jacking Steely Dan — Joey is stuck trying to impress the (Large) Professor. Unless he kills his idols, Joey Bada$$ will be doomed to spend his career worshiping at their feet.

At the very least, that might have been a catalyst for improving the lyrics of B4.DA.$$, which is content to take the skeletons of good songs (Bada$$’s beat selection is probably his biggest asset) and tack on boring, cookie-cutter rhymes.

Even “Paper Trail$” — the result of coveted studio sessions with DJ Premier — has a hypnotic beat and decent verses, but suffers from the most boring imaginable framing for its “money is bad” attempt at a hook. That’s pretty much the story of B4.DA.$$ — the beats measure up to its forebears, but the album falls flat when it comes time to do Smif-n-Wessun karaoke on “Hazeus View.” 1999 suggests a young artist capable of growing into a mature, fully realized sound, but B4.DA.$$ pulls back the curtain to expose the fact that there was never much of a vision there to begin with. It really isn’t a bad album, but that somehow makes it even more of a disappointment.

The Quality of Mercy in Harlan County: ‘Justified’ Hits the Homestretch

Bragging Rights: The 'Studio 60 on the Sunset Strip' Pilot Episode