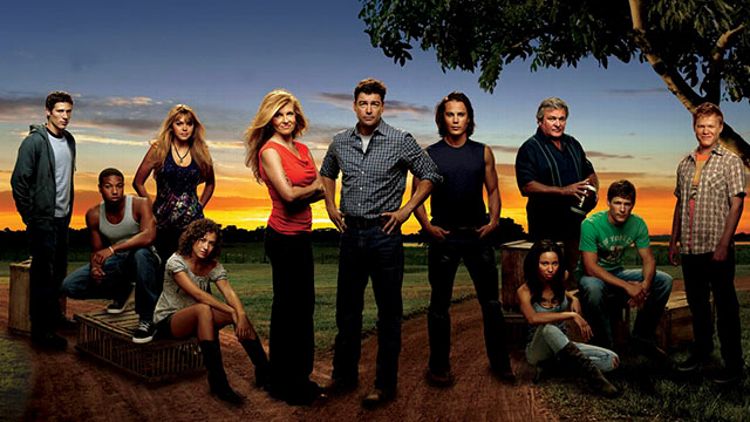 Clear eyes and full hearts don’t mean jack when it comes to the Friday Night Lights movie, the one that would pick up where the TV series left off, the one we’ve been hearing about since the show wrapped its five-year run in 2011. Peter Berg, who directed and cowrote the original 2004 film and went on to executive-produce the series, tells Collider, “There’s not gonna be a movie.” That’s a hard no where many maybes have recently trod. But it’s not a definitive no quite yet: “We talked about it, some people thought it was a good idea, some didn’t; I’ve come to believe it’s probably not a good idea and I seriously doubt it’s gonna happen.” Multiply “not gonna” by “seriously doubt” and align your hopes accordingly.

Now, a little context: Berg was speaking with Collider to promote his new film, Lone Survivor, and there’s a strong possibility he’s tired of being asked about something he very much wants to create while being unable to round up the players he needs to make it a reality. Kyle Chandler’s name has come up lately, like it did when Berg appeared on the B.S. Report back in September. Berg said unless Simmons guilted Chandler into signing on, the movie was unlikely. “I’m looking for a national either letter-writing or email campaign to Kyle; I’m tempted to give you Kyle’s email over your podcast,” Berg said. Now it sounds like Berg doesn’t even hold a candle for the Great Coach Taylor Letter-Writing Deluge of 2013. Life (and showbiz) have killed the dream Berg dreamed.

Is there anything about the news that’s not a bummer? If we turn back to that B.S. Report chat again, yes, sort of. “I think that this show is something that will keep reinventing itself,” Berg said, acknowledging that a movie isn’t the end of the FNL discussion, that something like a new series could happen eventually. “There’s just so much inherent soul in the culture — I think we can keep it going.”