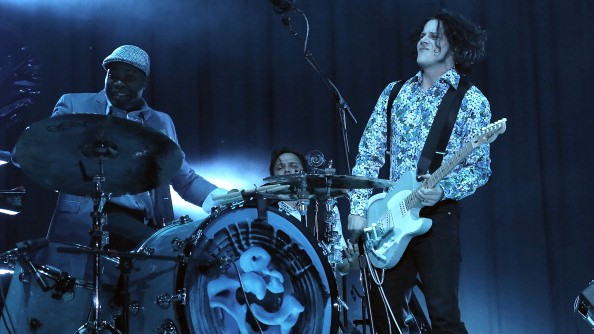 Jack White’s second solo LP, Lazaretto, debuted at no. 1 on the Billboard 200 this week with a modest 138,000 copies sold. (Actually almost exactly the same amount as 2012’s Blunderbuss, which also won the chart.) The bigger news, though, is that its 40,000 vinyl sales marked the best week for the format since Soundscan began recording such things. The previous high was Pearl Jam’s 34,000 copies sold in 1994, when Vitalogy hit vinyl two weeks before its CD and cassette release. Also: Lazaretto has a ton of crazy special features on wax.

Amazon is releasing its own  smartphone, the Fire Phone, on July 25.

Daniel Radcliffe and James McAvoy’s Victor Frankenstein will tell the story of Mary Shelley’s experimental doctor through the perspective of Radcliffe’s Igor.

John Denner doesn’t have a right hand, and doesn’t care about that when it comes to perfectly shredding Van Halen’s “Eruption.” [via]
https://www.youtube.com/watch?v=7H5Sy4l5eHM

Ghostface Killah emojis are here for you.

Aaliyah’s family isn’t happy about — and isn’t going to cooperate with —Lifetime’s biopic.

And ICYMI: All the books of Orange Is the New Black Season 2.