The Week in Gossip: Justin Bieber and Orlando Bloom Get Punchy in Ibiza 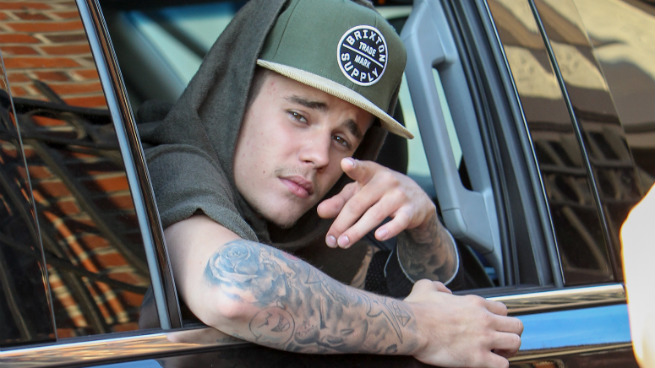 Justin Bieber and Orlando Bloom got into a fight outside of Cipriani in Ibiza (say it with me: ih-BEE-thuh) this week. There have long been rumors that Bieber hooked up with Miranda Kerr while she was married to dear Legolas, and those rumors have now been revived and intensified. Bieber responded to the altercation with his typical grace: He posted provocative Instagrams of both Bloom and Kerr. Here’s the Bloom one, and though he took down the one of Kerr, it lives on via the Daily Mail. If you momentarily forgot just how immature Bieber is, his reliance on Instagram to comment on a fight is a great reminder.

This fight is just another minor event in the ever-growing narrative of Justin Bieber as a delinquent. But it is a watershed moment for this summer’s celebrity narrative. Since early July, if you’ve seen a celebrity on a yacht surrounded by the bluest of water — at least if you’ve seen it in the Daily Mail — chances are, that man or woman has been vacationing in Ibiza. The Spanish island has, at least for this one season, supplanted Saint-Tropez as the tabloid’s most-covered celebrity vacation destination. Some other key visitors include:

Page Six asked the important question “Why is every young celebrity in Ibiza?” But it’s not just the youngs — Diddy, Naomi Campbell, and Paris Hilton have all been spotted in the mix. Whatever happens in Ibiza, does not stay in Ibiza.

Kevin Smith and Ben Affleck need couple’s therapy. When Smith was asked if he had any intel on a possible Batfleck appearance at last weekend’s Comic-Con, he seized the moment to remind us he has fallen out with his old friend:

“Great question. I don’t know, because we’re not f—ing tight. I have not been [close with him] in decades … That’s old Ben … He’s got a wife [Jennifer Garner] that don’t [sic] care for me at all [Laughs]. And plus, honestly, he probably don’t care for me at all anymore [either].”

Oh, dear. Why is Jennifer Garner such an easy target when it comes to assessing the state of the Garner-Affleck union? Is it because she more frequently looks like a mom than a movie star, so it’s easy to assume she’s some bossy bitch? Is it because Affleck is so charming in public that it’s difficult to imagine he’d be responsible for dumping a friend of his own volition? Also, maybe Kevin Smith is just unpleasant. This is not the first time he’s blamed Jennifer Garner for ending his friendship with Affleck. Back in 2009, he told the Daily News that she did not like his sense of humor. Kevin Smith should get over it.

Both People and Page Six ran stories this week about 25-year-old overpaid Dallas Mavericks player Chandler Parsons and 18-year-old model/reality TV star Kendall Jenner. Page Six says they were “flirting throughout the meal” and tries to imply Kendall may have met Parsons in Dallas the week prior when she was there for “work.” A cursory scan of his Instagram suggests a Texas meet-up was logistically unlikely, since he was probably in Los Angeles, where he trains in the offseason.

People has more details: “Sipping water and eating on tuna tartare, the Givenchy model focused her attention on Parsons throughout the night … They were heavily flirting, but no touching … Chandler and Kendall were talking the whole time. His agent was chatting with Kylie and the other friend.’” Who comes off looking good here? Certainly not Chandler’s agent, who reportedly spent his evening talking to a 16-year-old girl. Parsons got the big money. What is there to gain from a toxic association with the Jenner Industrial Complex? No good can come of this.

More news from the leading Jayoncé publication in the world: Beyoncé is looking for a new apartment in New York. The Post claims she looked at a $21.5 million apartment in Chelsea, and they’re certain it’s just for her because “Jay Z has always been extremely involved in their real estate deals, sources said.” The real estate development comes on the heels of Page Six’s earlier long-form look into their “crumbling marriage.” In case you forgot: Beyoncé films herself constantly and has been doing so since 2005; their relationship has always been motivated by business decisions; and they’re poised to earn $84 million from the On the Run tour. The Daily News says to expect an announcement at the end of their tour. MTV is hoping Beyoncé will agree to open the 2014 MTV Video Music Awards, which “will help her begin to untangle her career from Jay’s.” The end is nigh. Prepare yourself, people.

Possible Celebrity Reconciliation of the Week: Goop and Chris Martin

This is interesting. Are Gwyneth Paltrow and Chris Martin makeup-bound? Both halves of the uncoupled duo attended the premiere of Hector and the Search for Happiness in East Hampton. Goop introduced the movie, which stars her daughter’s godfather, Simon Pegg. (Serious question: Other than blood relatives and Jay Z, are there any Americans these two publicly associate with anymore? We get it, Gwyneth. We all wish we were English.) They arrived together, but avoided the paparazzi. The reconciliation rumors ignited when Martin went over to Paltrow at the after-party to chat with other guests. Sources say, “They seemed like the cutest summer couple, very flirty and fun-loving.” This just can’t be summer love, you’ll see …

‘Sharknado 2’: Even More Sharks Being Shot Out of Bigger Tornadoes

In Space, No One Knows You're a Nerd: An Informative Conversation About Star-Lord With Writer Sam Humphries