In Space, No One Knows You’re a Nerd: An Informative Conversation About Star-Lord With Writer Sam Humphries 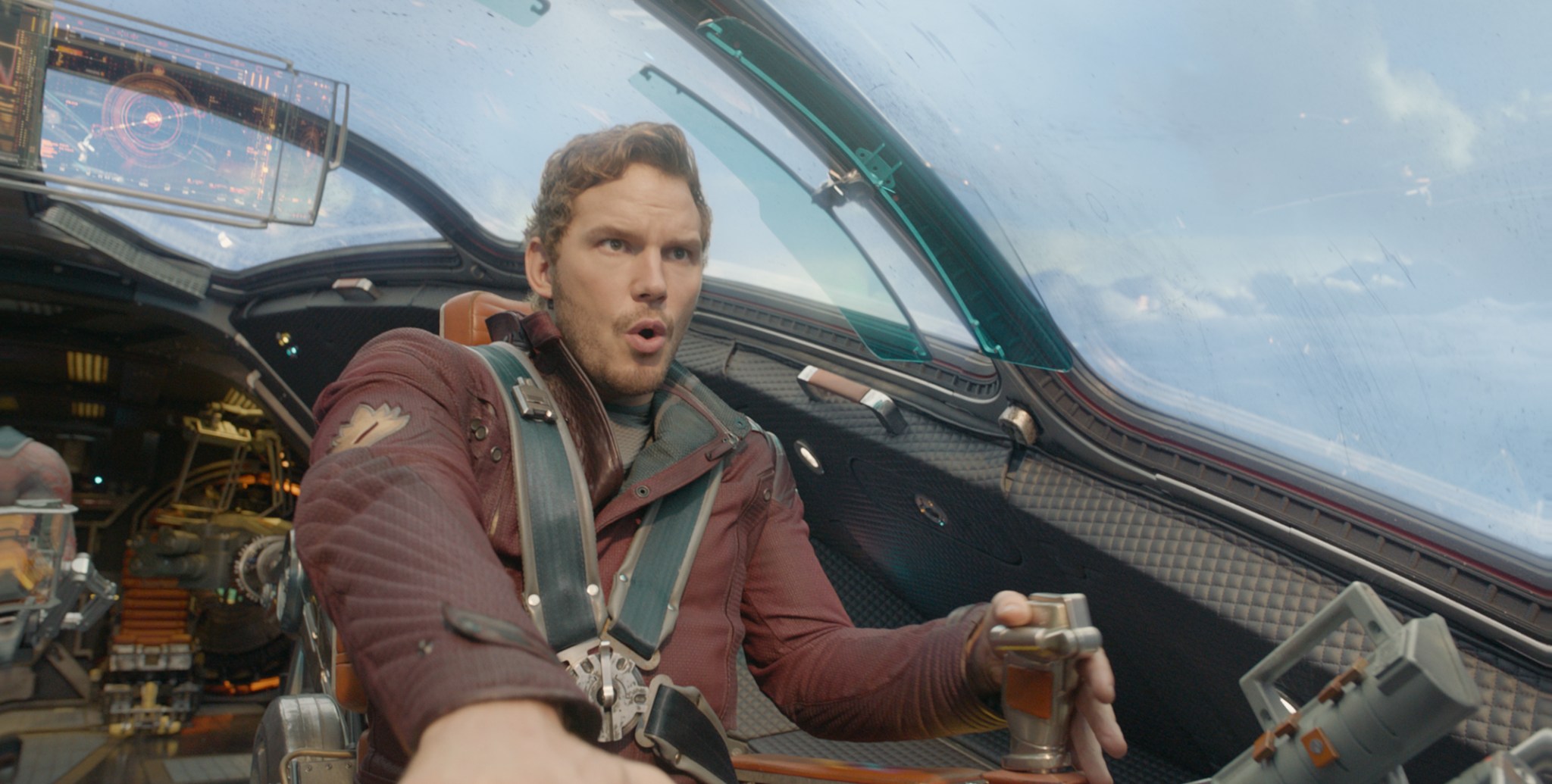 Generally speaking, in conversations about superheroes, I am the one who nerd-splains, not the one who is nerd-splained to. If you’re at a bar and you’re confused about Lady-Thor and you need a brief summary of the various frogs, goateed ’90s goofballs, and noble space-horses who’ve picked up Thor’s dwarven-forged hammer, Mjolnir, over the years, I’m your guy. But everybody’s got their blind spots, and for years, the Guardians of the Galaxy — a team of spacefaring heroes that, as you may be aware, is the subject of a Marvel Studios motion picture that opens Friday — were one of mine. I don’t think I’m alone in this; the fact that no one’s ever heard of Star-Lord is a running gag in Guardians. But in the interest of total information awareness, I got on the phone with Sam Humphries, the writer of the first ongoing Star-Lord comic series, and asked him to fill in some gaps.

I pulled the old Official Handbook of the Marvel Universe off the shelf just now, and Star-Lord isn’t even in here. It skips right from the Starjammers to Stilt-Man. Anybody who wasn’t in these books back in the day basically doesn’t exist for me. I have nothing against him, but I’m a total Star-Lord agnostic. Tell me why I should love him.

He’s a space cowboy, he’s a smart-ass, he’s a scoundrel — but he’s still a hero with a heart of gold. He’s the guy who’ll push the boundaries and break the rules. He’s a gambler, and he likes to flirt, and he likes to fly fast ships and get in shootouts with gruesome aliens and steal the treasure, but there’s something deep down inside of him that always pushes him to do the right thing.

Has that outlaw thing always been part of his personality, or was that something that Dan Abnett and Andy Lanning brought to the character when they relaunched him in the 2000s?

Well, I think the roots of it are there in his very first appearance, his origin, because Peter Quill, Star-Lord, has dual heritage. He’s half-alien and he’s half-human. His father is the king of an alien empire called the Spartax, and he crash-landed on Earth and met Peter’s mother, and in the fullness of time they started fooling around, and when he returned to war, she realized she was pregnant with Peter. Then, while his father was off conquering the galaxy, aliens came down looking to kill the heir of the Spartax empire, and Peter’s mother sacrifices her life to save Peter. So as a 10-year-old, he’d already had a pretty crappy life, and then he sunk into the foster system. He’s got a lot of both his parents in him. His father, as it turns out, is not a great guy — he’s a dictator and a despot and a warmonger. But his mother is just so hard-working and honest and loving, and I think that’s where Peter gets the two sides of his personality from. He’s a scoundrel with a heart of gold, and that dynamic, that friction within him, is the engine of the story in this book. 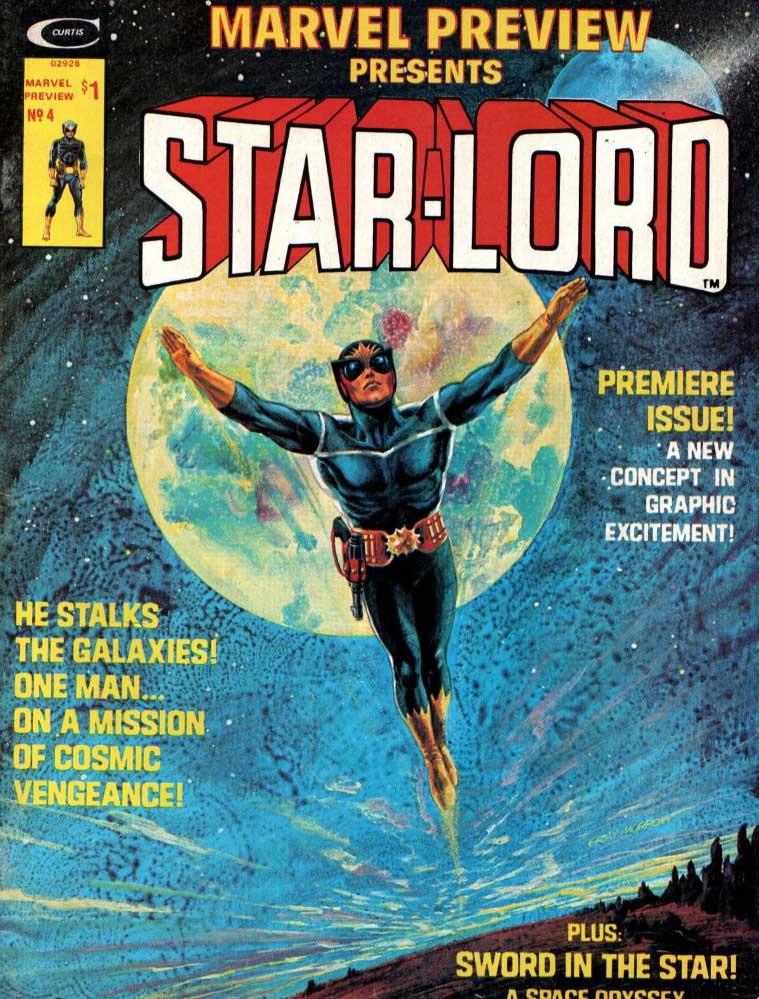 And it’s wish fulfillment, because he had a shitty life on Earth, but in space, he’s the fucking Star-Lord, you know? He has an awesome life in space. Earth, whatever — he’s not one of those John Carter type of heroes, lost in space and always trying to get home. If only I could get back to Earth, if only I could get back to my home planet, I miss the ocean, I miss New York or whatever. That’s not Peter Quill. Peter Quill is very happy being a kick-ass hero out in space. He’s the guy who broke through to that new reality and is having an awesome life out there in the stars. He’s like, “Earth sucks. Fuck Earth. Earth is shitty, space is the bomb.”

So it’s not like what’s his name, the DC guy, with the Zeta-Beam?

The man between two worlds! It’s not like Peter hates Earth. He has some connection to Earth, especially now, with his flirtatious relationship with Kitty Pryde. But it’s this very American thing. He went out into space, he put on a new name, he reinvented himself. No one in space knows he was a nerd who got bullied. He just became this badass motherfucker out there.

Your hits just went up by one million. He’s Don Draper, Indiana Jones, and Han Solo all wrapped into one. In space! 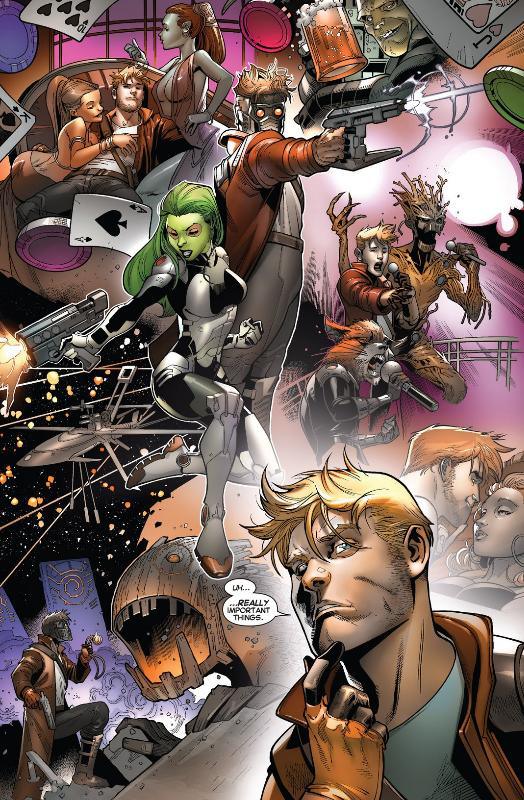 Suddenly it makes sense. So is Paco Medina, the artist on Legendary Star-Lord, drawing him to look more like Chris Pratt now?

There’s been a costume change. He’s now wearing the red leather jacket and work boots and jeans, like Chris Pratt in the movie. Which I was totally down with, because it fits what we’re trying to do with the tone of the book. It’s like a Western in space. One of the things I was thinking about when I was first thinking about Peter and who he is as a person was, like, where in space do you hang out? Space is infinite, and there are all sorts of different places you can go and different stories you can tell. You can do stories about huge empires full of bald aliens wearing flowing robes. But there are other corners of space we don’t get to see as often — the frontier edges, where lawlessness survives and the underdog gets beaten down by greedy people with money and power, but there’s also a lot of fun to be had, because the rules aren’t in place yet and there’s a lot of treasure floating around. That’s the perfect place for Peter Quill.

Are you mostly using the Marvel Universe’s many preexisting fictional planets, or are you free to make this stuff up out of whole cloth?

It’s a little of both. I definitely have the freedom to make everything up if I want to, but the Marvel Universe is a rich place, and there are a lot of great, interesting ideas out there to pick up and expand upon. So we’ve got the Badoon in the first issue. We’ve got a few characters from the Spartax empire floating around, and in Issue 2 we meet a long-lost relative of Peter’s who has a connection to his dad. And in Issue 4 he’s going toe-to-toe with one of the heaviest hitters in the Marvel Universe, Thanos. He’s got a long history with Peter.

I’m ignorant of all this stuff. I appreciate you enlightening me.

It’s a wonderful world out there, man.

I’m just about the streets, Sam. I’m a street dude. These books make less sense to me the further they get from Hell’s Kitchen.

Hey, even Daredevil was in The Infinity Gauntlet.

The Week in Gossip: Justin Bieber and Orlando Bloom Get Punchy in Ibiza