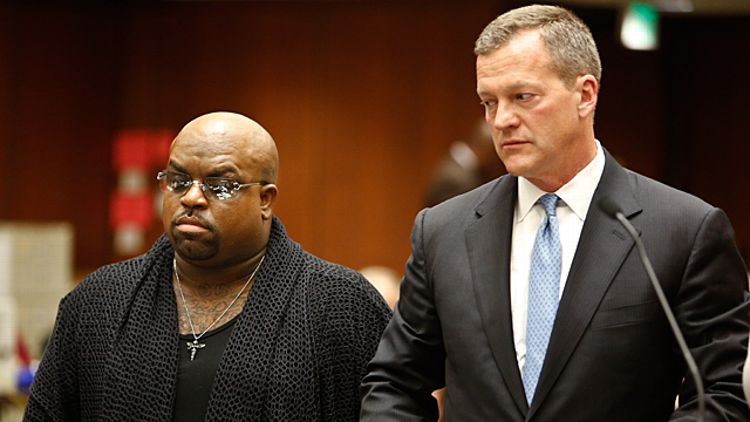 There’s something about The Voice that’s reminiscent of summer camp, while its competitors The X Factor and American Idol are more like boot camp: It’s artist-friendly and more respectful of the singer’s vision; there’s less time devoted to behind-the-scenes drama; and, even though it has yet to propel any of its winners into the kind of success achieved by, say, Idol’s alumni, it has had tremendous luck creating judges’ panel chemistry. Original mentors Christina Aguilera, Adam Levine, Blake Shelton, and Cee Lo Green are diverse in their tastes, seasoned and savvy, as willing to engage in silly banter as they are to compete against each other without any real threat of malice. They mostly appear to respect each other, and none were cast seemingly because of their potential to self-destruct at any given minute. Even when Aguilera and Green were temporarily replaced by Shakira and Usher, both of whom will return for Season 6, the magic remained. The stars created by The Voice aren’t the singers who vie for public votes and iTunes downloads; they are the coaches. As American Idol and X Factor’s struggles have shown, a good panel is hard to find, and is probably more often stumbled on by mistake rather than design. The four OG mentors have all earned higher visibility since The Voice premiered in 2011, but while Aguilera has had to contend with constant scrutiny about her weight, and Shelton is accused by tabloids of cheating on (or being cheated on by) his wife, Miranda Lambert, every few months, Green has now risen to the top of the headline pile. On Monday, he appeared in court, charged with slipping a 33-year-old woman Ecstasy while the two were having dinner in L.A. last year. If convicted of the felony, he could face a four-year prison sentence.

Green, who has pleaded not guilty, is usually imagined by Voice fans as a person mumbling in sunglasses, wearing a pink parrot or a luxurious Persian kitten as an accessory. I usually think of him like this. His role on the panel was to provide a haven for misfits, which usually proved endearing, except during moments when he was challenging Steven Tyler for the title of creepiest flirt. Despite winning five Grammys and earworming himself into your very being (with Gnarls Barkley’s “Crazy” in 2006 and the solo hit “Fuck You!” or, more politely, “Forget You” in 2010), it was the exposure he gained with The Voice that led him to a six-episode unscripted series deal with TBS for 2014, which aims to showcase his “distinctive voice, winning personality and remarkable ability to tap into a wide range of musical styles” as it follows his reunion with Goodie Mob. Though Green’s voice remains unique and he’s well-versed in several genres, it was his “winning personality” that held the greatest appeal: He’s weird, sure — but until recently, it seemed like the good kind of weird.

The Voice casts its coaches in a very flattering light — perhaps because they are its most valuable asset — priming them to best capitalize on their success from the show. Levine, in particular, has harnessed this momentum by launching his own perfume (one review attests that “the first time I splashed it on, I did indeed, smell sexual skin”), record label, and menswear collection, and by scoring his own development deal with NBC. This last venture, a semi-autobiographical comedy, focuses on Levine’s friendship with Gene Hong, a perfect fit for someone whose bromance with Shelton has been a pivotal sideshow for The Voice since its inception. Aguilera joined the show after a particularly rough year in 2011, during which she was arrested for public intoxication and flubbed the words to “The Star-Spangled Banner” during the Super Bowl, and has since collaborated with Levine, Shelton, and Green on various tracks, though she has remained on constant diva watch and has endured endless, boring speculation about her weight and sobriety. Shelton, who inserts his marriage into The Voice’s narrative by getting occasionally sentimental when a hopeful sings a Lambert ditty or making use of his wife as a guest mentor and duet partner, was Instagrammed by host-in-rotation Usher earlier this week and soon found himself the subject of rumors of infidelity, attention he claimed to enjoy. (“I honestly do love it. I just know, to have that kind of coverage, if I’m popular enough they want to put me and Miranda on that stuff — that’s awesome. I have an album coming out! Put my album right next to it and pick it up.”) These headlines seem tailored to match the personas of the judges: Levine, on-task and ambitious; Aguilera, with her deep cleavage and even deeper pipes; Shelton, the gadabout romantic. The Cee Lo Green we thought we knew liked to dress up like a peacock and wear his sunglasses out of context. He played up his eccentricities as his strength (does that make him craaaaaaa-zy?), which helped him become the perfect panel member, quirky yet nonthreatening. Unfortunately, the secret of a perfect panel has nothing to do with assembling a group of perfect — or even good — people, and the charges against Green are serious enough to damage his credibility permanently.

The mirth derived from this spiny red memory, the campiest moment of The Voice’s sing-along summer camp, has been forever sullied. Cheating rumors and unflattering bedazzled corsets are the kind of publicity a person can work with, but this type of allegation is damaging not only to Green, but to the show’s “Kumbaya” spirit. What makes The Voice successful is the undercurrent of trust that runs through it — trust in the contestants to brand themselves in the way they want to be perceived, in the collaborations formed between judges that allow them to piggyback on each other’s success — and a coach deemed untrustworthy by a district attorney sure throws a wrench in that formula. Perhaps Usher has space in his lap for a feline named Purrfect, and room on his shoulder for a lonely pink parrot. If so, there may be a pair of shoulder pads that will become permanently available. But look out. They have spines.

Filed Under: The Voice, TV

See all The Voice