2014 Is Totally the Year of Drummers 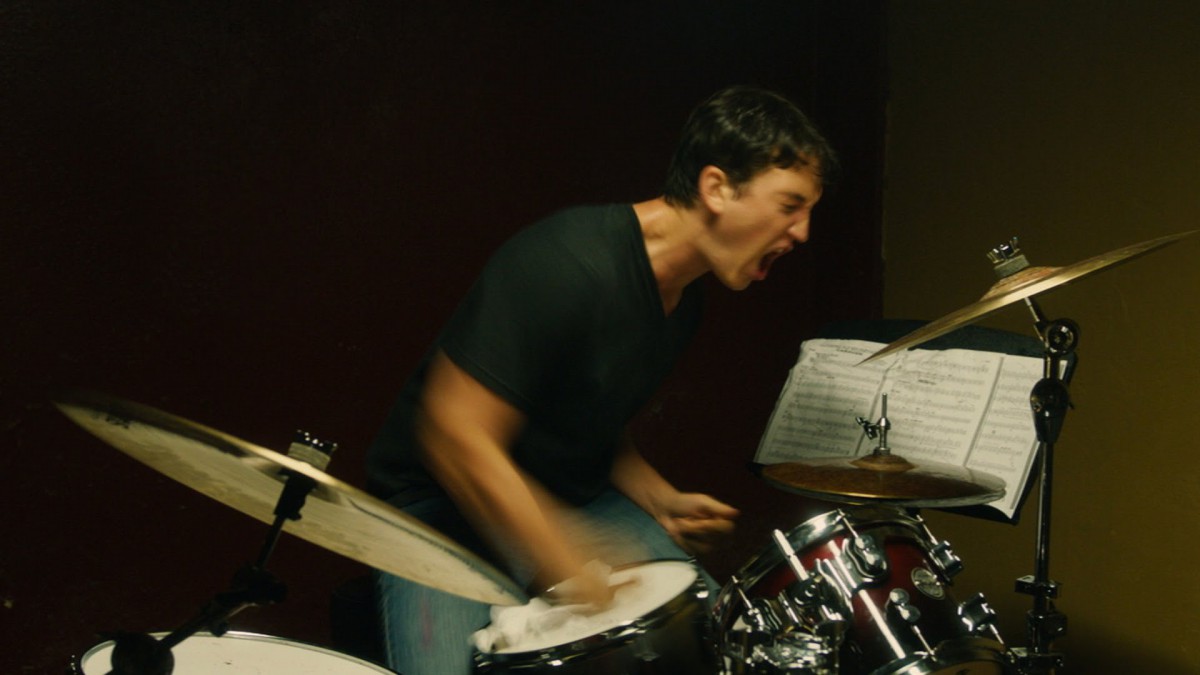 I have always had a soft spot for drummers. When I go to see bands play live, the person I stare at the most is the one sitting in the back, keeping time. When I meet bands, I typically wind up talking most to the individual holding the sticks. When I decided to start playing music myself, I chose the loudest, most cumbersome instrument. So, take what I’m about to say with a grain of salt.

Let’s start with prestige movies. Name another year when not one but two serious Oscar contenders — Whiplash and Birdman — were either about drummers or supported by a drummer in a significant way. You can’t do it. (Drumline was inexplicably snubbed by the Academy Awards.) In Whiplash, a young music student played by Miles Teller is driven to pursue percussive excellence by a hard-driving, possibly psychotic instructor played by J.K. Simmons. Not only is drumming treated as an art form in Whiplash, it’s depicted as a pursuit that seems really difficult. Drumming as a difficult pursuit! Crazy!

In Birdman, Alejandro G. Iñárritu’s kinetic direction is manifested musically by Antonio Sanchez’s brilliantly rhythmic score, performed in the film by drummer Nate Smith. Yes, Michael Keaton is ostensibly the star of Birdman, but those rattling, jazzy drum fills nearly push him out of the frame. They chew more scenery than Edward Norton.

How about prestige TV? Not only is Sonic Highways about a band fronted by a drummer, Dave Grohl, who became so famous that he was able to hire another drummer, Taylor Hawkins, to drum for him, it was also created and directed by said drummer-hiring drummer. This is incredible progress for the drummer community. Can you imagine Keith Moon or John Bonham having Grohl-level creative autonomy? Don’t try, because it’s impossible. Society once saw drummers strictly in simplistic 4/4 terms. Now, incredibly, it’s more like 7/8.

Drummers stepped out in all sorts of ways in 2014. Pharrell Williams wrote and performed one of the year’s most popular songs, “Happy,” and appeared as a judge on The Voice, coaching the people who stand in front of drummers. Questlove fortified his position as the best-known bandleader in late-night television while also overseeing an ambitious new Roots album, … And Then You Shoot Your Cousin, and assisting D’Angelo on his endlessly delayed follow-up to Voodoo. Radiohead’s Phil Selway put out his second solo album, Weatherhouse, and somehow it was way better than Thom Yorke’s record.

I could go on: Chad Smith of the Red Hot Chili Peppers cashed in on sort of looking like Will Ferrell. The dude who drums in Weezer starred in a viral video where he caught a Frisbee while playing a concert in Florida. The rando who for years anchored the rhythm section in the Flaming Lips publicly accused Wayne Coyne of being a huge jerk, cinching instant hero status.

Have I mentioned that Aerosmith’s Joey Kramer opened his own coffee shop this year? I’m telling you, drummers are killing it.

What was really gratifying was seeing legendary drummers finally get some respect. Mick Fleetwood published a memoir, Play On: Now, Then, and Fleetwood Mac, in which he estimated he has snorted enough coke to form a line seven miles long. (Consider that Fleetwood is among the select drummers who survived the ’60s and ’70s.) One of Fleetwood’s contemporaries, Phil Collins, played his first shows in years in 2014, and was name-checked by Taylor Swift as an influence on one of the year’s biggest albums, 1989. As for the biggest album release ever, U2’s Songs of Innocence, guess which band member was on the cover? That’s right, Mr. Larry Mullen Jr.

Not everything was great for drummers this year. Two of the all-time greats, Tommy Ramone of the Ramones and Scott Asheton of the Stooges, passed on. AC/DC’s Phil Rudd faces charges of threatening to kill and drug possession. Some idiot who attacked Brad Pitt on the red carpet at the Maleficent premiere in May was later caught on tape playing the congas. The Flaming Lips guy later recanted his Wayne Coyne comments.

But drummers still came out ahead in 2014. Why? Because of this human metronome:

For years, Matthew McConaughey’s clothes-optional bongo prowess was held against him. Like so many drummers, he was perceived to be an inherently unserious person. Now, after Dallas Buyers Club, True Detective, and Interstellar, he’s an Oscar winner and back on top as one of Hollywood’s top leading men. Thanks again, 2014!