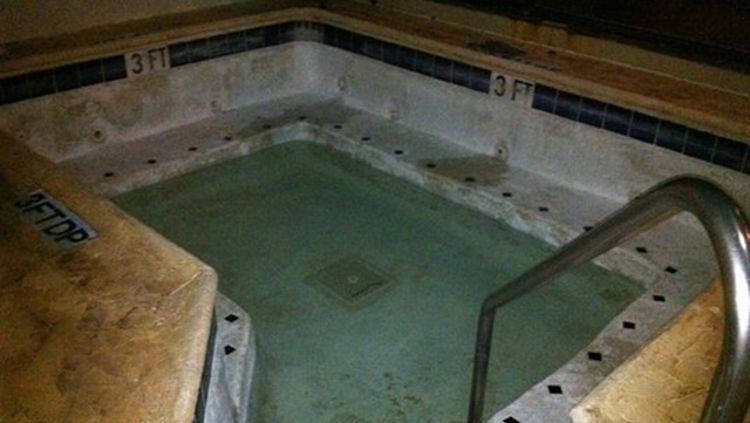 Who Is This Now? Lucinda Tull.

Why Are We Watching Her? She’s telling the story of an illness she and her husband, John, experienced while on vacation in New York in 2002.

How Did She Get Here? Lucinda and John had bubonic plague — normal stuff — which they contracted not as part of a terroristic biological-weapon attack (as the FBI apparently thought at the time, and which is something we all should fear — or, at least, that’s the flimsy pretext under which the Tulls’ story got included in this weird special), but from “infected fleas lurking near their hot tub.”

What’s the Grossest Thing We See? Most of what we see of the Tulls’ story is relayed via reenactments, but for fun, producers throw in a few photos of real people’s plague-blackened hands and feet, and it is gnarly.

What Have We Learned? If the plague ever comes back, humanity is probably screwed. Also: YOUR HOT TUB COULD KILL YOU!

Who Is This Now? Pastor Jay Haizlip.

Why Are We Watching Him? He’s trying to reconnect with a former parishioner.

How Did He Get Here? Pastor Jay conquered drug addiction to become the leader of a church that he wants to be welcoming to people of all walks of life.

What’s the Grossest Thing We See? Jay has learned — oddly enough, just in time for Jay’s life to be chronicled in a reality show — that a former parishioner named Apryl, to whom Jay was close because they’re both skateboarders, has come out as transgendered, and is now living in his new gender identity, as a man. In an interview, Jay tells us, “I’m very crystal clear on the Bible and David’s condition, but there’s a person’s soul at stake here.” In other words: Jay’s impression is that the Lord is not cool with David’s decision, but Jay is going to try to love the sinner while hating the sin of … changing his gender and/or body.

Jay’s wife, Christy, advises him to tell “Apryl” that she and Jay accept “her for who she is.” If that’s what you’re trying to communicate, you’re starting poorly, guys. Christy — who does eventually correct her use of pronouns — says she doesn’t want them to be labeled “those kind of Christians.” But when Jay goes to meet with David and encourage him to come back to Jay’s church, David has only one request: that Jay call him David. Jay: “I’ve tried to not call you by name.” YEAH, JAY, I THINK HE NOTICED AND THAT’S WHY HE BROUGHT IT UP. “I don’t want to offend you,” Jay says. “And I don’t want to offend God either.” He then says he prayed on the question of the correct nomenclature, and since he doesn’t call David “David” at any point during their conversation, even when directly asked to do so, I guess we know what Jay decided God’s answer was.

Who Is This Now? Sariya.

Why Are We Watching Her? She’s in a full-time boot camp to try to change the way she behaves in relationships.

How Did She Get Here? She believes that the women in her family are cursed never to find true love. (Seriously, that’s her backstory.)

What’s the Grossest Thing We See? Alleged high-end matchmaker Steve Ward stacks the deck for the boot campers this week by inviting some of their exes to a party, including Sariya’s ex, Elgin. The two of them have a happy reunion, because little does Sariya know, she has actually been an unwitting participant in a sting. After the party, in a meeting in front of all the boot campers, Steve calls out Sariya for having been Elgin’s “booty call,” and orders her to swear in front of everyone that she’ll never get back together with him.

What Have We Learned? Steve thinks a good way to administer cognitive relationship therapy is via slut-shaming — and so does VH1, I guess.