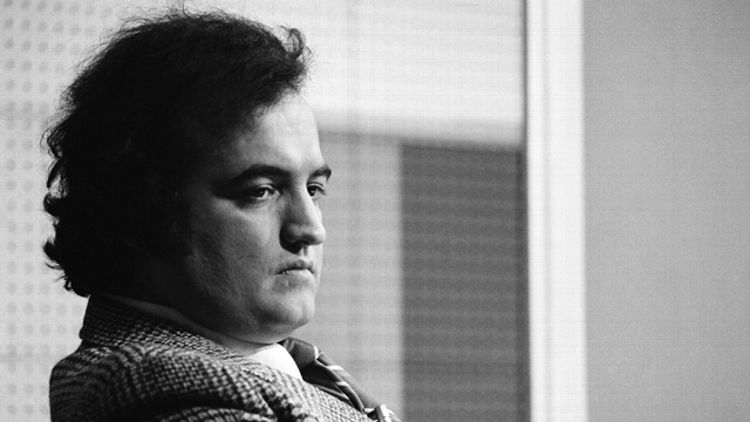 John Belushi’s life story has been rescued from the clutches of Todd Phillips and a big-budget destiny at Warner Bros. — sorry, Todd; apologies, big-budget movies — and delivered into the arms of indie nourishment it deserves. Screenwriter Steve Conrad (The Secret Life of Walter Mitty, The Weather Man) is now doubling as director. He and Phillips began the project together in 2010, writing it for Zach Galifianakis, who has presumably moved on. The Hollywood Reporter says Conrad has met with Emile Hirsch and Workaholics star Adam DeVine; Joaquin Phoenix’s name is also being batted about. But when Conrad takes his second meetings with Hirsch and DeVine and realizes they’re just too tiny and too wrong, and when he understands that a Walk the Line Oscar nom does not a Belushi biopic make, here are some directions the film can take.

Perfect, right? The weight. The never-ending stubble. The shared experience of academia–themed comedies. The only problem is that five years ago Black told a Canadian newspaper he’d never play Belushi, worrying that it wouldn’t be as funny as Belushi’s actual presence and throwing Man on the Moon under the bus in the process: “Just because the guy is an amazing and compelling artist doesn’t mean that telling his story is going to be interesting to watch.” Whatever, Jack. You’re getting too old for the part anyway. (Unless you’ve changed your mind. Because you do remind everyone of John Belushi at least once in a while.)

The Man Ready to Do a Reverse Christian Bale: Adrien Brody

“Pulling a Bale” equals, of course, losing a ton of weight and freaking everyone out (although if McConaughey does it one more time, Bale’s a has-been in this department). But who’s going to be the opposite? It could be you, Adrien Brody, starting now! IMDb tells me Brody lost 31 pounds for his Oscar-winning role in The Pianist; Google tells me “Adrien Brody fat” and “Adrien Brody chubby” aren’t things that exist. Time to take a walk on the wide side, man.

Belushi helped launch SNL in 1975; you don’t talk about a Belushi movie without at least an obligatory scan of the show’s current cast to see if the circle of life can do one of its enchanting loop-de-loops. Moynihan hasn’t made much of a dent on the film scene yet, but he’s got a bit role in Nicholas Stoller’s upcoming Seth Rogen–starring Neighbors, which is the same name as Belushi’s final film! Signs!

McBride and Rogen presumably get first crack at anything even remotely comedy-tinted in Hollywood. Hill’s segueing more into serious movies, but he’s a little younger, a little more known for his weight, and also an Oscar nominee. Although all three are more out-of-the-box choices than the dude who did Shallow Hal, no one should be surprised if Rogen, Hill, or McBride ends up with the part.

Something about the Gos’s cigarette-mustache-dad phase in Blue Valentine tells us this insane-seeming match could be the final stop on the Ryan Gosling Can Do Anything world tour. He could handle Belushi’s pathos in his sleep, and he could beef up on the comedy in three weeks, tops. If he leaves the inexplicable Brooklyn newsie accent at home for the audition, it’s his.

Beetlejuice 2 and Pop Culture's Current Obsession With the Past