Beetlejuice 2 and Pop Culture’s Current Obsession With the Past 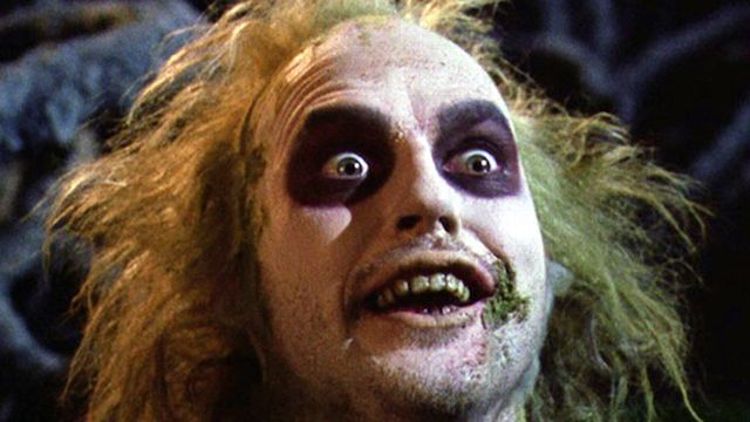 The showbiz trades are talking, and what they’re talking about is Tim Burton making Beetlejuice 2. OK, they’re barely talking about it. But according to The Hollywood Reporter, Warner Bros. has made Burton an offer, and if he goes through with it, that item turns into actual news and the news turns into a movie. And the movie? Who knows? But that’s not the point. Another Beetlejuice feels defensively preemptive. There’s already a script. So the proliferating impression is that Burton would direct a sequel lest someone else do it. Maybe he should let that someone else do it. It’s unlikely to top the pungent, satirical lunacy of the first movie. For one thing, only the bravest studio would build a sequel around that original cast, and Warner Bros. doesn’t have to be brave. Just look at this sentence from the Reporter’s item: “The involvement of Michael Keaton, who played the titular ghost, is up in the air at this stage.”

The real-talk translation? Michael Keaton? AYFK? And reuniting Geena Davis, Alec Baldwin, Winona Ryder, and Catherine O’Hara? Doubtful. My primary objection isn’t to the existence of Beetlejuice 2 — although, personally, I’m all set, thanks. It’s to directors condoning what essentially amounts to a kind of fan-fiction approach to moviemaking. The marketplace doesn’t demand a second Beetlejuice. A certain kind of nostalgia geek does. The culture is at a point where it needs to revisit and relive and remake, not in a manner that advances the original material but in a way that flatters those who can’t let go, who need to know what happened next, what would have happened, what should have happened …

This is how you wind up with Batman and Superman shoved into one movie. It’s how you get the return of Khan and Ridley Scott paying tribute to himself with Prometheus and faint rumors of a second Army of Darkness. Sometimes you get directors remaking their movies for Hollywood or authors rethinking their hits. There’s now a fourth Bridget Jones book, for instance. Stephen King’s Dr. Sleep is a kind of Shining sequel, and it works not only as a “what happened to whom,” but also as an iconic author reclaiming his material from the muscular grip of Stanley Kubrick.

Entertainment Weekly just put out a reunions issue that, among other things, went as far as corralling Julia Roberts, Lili Taylor, and Annabeth Gish for a Mystic Pizza update. There was a sweetness in the confirmation that these three still seem happy and look fantastic, that they’ve lasted (even you, Annabeth Gish!). But isn’t that where the nostalgia should end, with a photo shoot? Should a second Mystic Pizza come out of that — or an X-Files special? The truth is that returning to old wells is rarely truly satisfying. It’s often empty and rather sad.