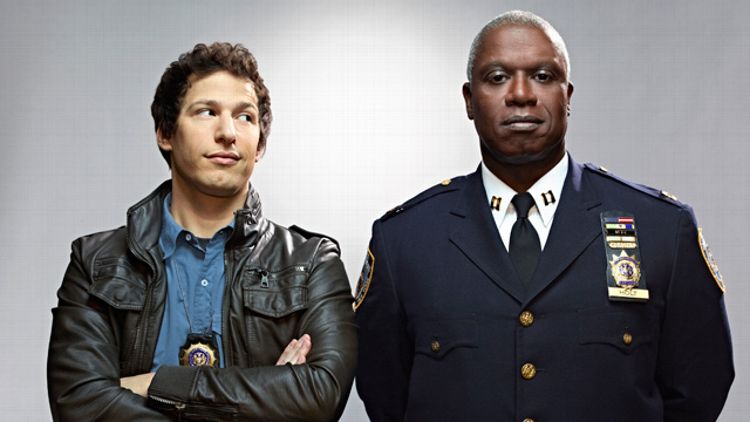 Fox established itself in the ’80s by acting brash, but it’s only in the past few seasons that it began to seem cocky. Aided, as always, by its reduced schedule (Fox programs six fewer hours per week than its competitors), abetted by the stability of its Sunday-night animation block, and rocket-fueled by the dominant presence of American Idol — a ratings brontosaurus in a post-meteor world — Fox was able to take chances, make mistakes, and still come out on top. Not in terms of total viewers, of course — CBS owns that metric like its viewers own Life Alert alarms — but in terms of the much coveted 18-to-49-year-old demographic. When network chairman Kevin Reilly successfully launched New Girl in 2011, he was not only thumbing his nose at his former employers at NBC (New Girl is precisely the kind of smart, urban single-cam sitcom that the Peacock used to make hay with), he was suggesting that Fox’s brand was no longer a savvy mix of action-packed hours, reality singing, and general coarseness. He was suggesting that Fox’s new brand was success.

But the results of last season suggest that Reilly overplayed his hand. Rather than let New Girl continue its ascent gradually, he went all-in on female-fronted comedy, making 2011’s adorkable hit into 2012’s load-bearing franchise. The results weren’t pretty: Ben and Kate quickly foundered, while The Mindy Project struggled through creative growing pains and subsequent on-the-fly retooling. (It’ll be back this fall and have the improvements that will help it stick.) Thanks to the tsuris surrounding it, New Girl‘s ratings actually went down in its second season. Things weren’t much better on the drama side. Yes, The Following managed to become the season’s breakout drama despite what some feared was a crippling case of the stupids, but The Mob Doctor couldn’t escape its imbecilic title and the previous season’s supposed savior, Touch, quickly collapsed. These missteps came at a bad time: American Idol has shifted from pitchy to panicky of late, with rumors abounding that the entire judging panel is being voted off along with the executive producers in a last-ditch effort to save the franchise. (As for The X Factor, well, it’ll be back, although most people seem not to know it was ever there.)

Sometimes the hardest part of a network boss’s job isn’t finding success, it’s sustaining it. NBC’s Bob Greenblatt may be rearranging the deck chairs on the Titanic, but that sounds like fun compared to Reilly’s stressful life down in the engine room trying to keep the entire ship afloat. To his credit, Fox’s fall schedule seems extremely promising — one notable train wreck aside. Yet the smartest move Reilly made might be starting to think past fall altogether. As Alan Sepinwall notes, Fox’s schedule seems to be moving more and more toward a year-round programming model, with an emphasis on shorter, cable-like runs of event series. The big headliner for this switch? A resurrected 24, returning in summer 2014 with a much more reasonable 12 hours to fill. The return of Jack Bauer might not save the world, but it might just save Reilly’s bacon.

That X Factor and American Idol suddenly stumble upon a previously undiscovered Von Trapp encampment from which to source contestants. That Mariah Carey and Nicki Minaj knife each other on live television, if they’re not fired first. That Andy Samberg can attract more eyeballs to Mike Schur’s writing than Amy Poehler. That the relationship between New Girl‘s Nick and Jess can run forever, like a GIF. That Greg Kinnear can recapture some of that old Talk Soup magic and be a TV star again. That Edgar Allen Poe releases some new material, stat.

It was an offbeat procedural built around a pill-popping, antisocial genius that helped Fox dominate the last decade. Rake, arriving in midseason from Rescue Me producer Peter Tolan and writer Peter Duncan (who wrote the Australian original), would seem to represent the network’s attempt to win back some of that House money. And yet Rake, going by the trailer, appears to be a much funnier, fuller, richer, and weirder show than the medical drama to which it will no doubt be compared. Greg Kinnear plays Keegan Deane, a lover of prostitutes, a victim of stalkers, a gambler of money (usually someone else’s), and, of course, a brilliant legal mind. Most network dramas these days appear to be reverse engineered from some platonic ideal (legal system + vice x movie actor = ?). Vibrant and zipping in seemingly a dozen directions at once — though the more of them that point toward all-star role player John Ortiz or the very lovely Bojana Novakovic, the better — Rake seems like the rare hour with something to say rather than a glossy, focus-tested way to say it.

The last time Fox hooked up with J.J. Abrams’s dream machine, it ended up with Fringe, a hard-core geek show that somehow managed to survive for five seasons. Almost Human, from longtime Fringe producer J.H. Wyman, looks like a better bet for mainstream acceptance: Instead of alternate universes, it’s set squarely in our own, albeit a couple decades into the future, where Blade Runner‘s vision of creepy robots partnered with preternaturally grizzled cops has come true. If I’m being honest, it also just plain looks better. Star Trek‘s Karl Urban (as quasi-Deckard) and Sleeper Cell‘s Michael Ealy (as a noble replicant) make for an imposing partnership, and the visual effects are an appealing blend of Minority Report and The Fifth Element. Hard sci-fi has its place, but too often it falls into a self-fulfilling trap worthy of Admiral Ackbar, doubling down on the science instead of adding a layer of grit and steel to toughen up the fiction. Almost Human looks like a compelling cop drama with robots, not the other way around.

Two of Fox’s new sitcoms also appear especially promising. Brooklyn Nine-Nine is a cop comedy — something that hasn’t been successful since, what, Hooperman? — from Parks and Recreation creator Michael Schur and longtime Parks writer Dan Goor (who will be running things while Schur keeps busy in Pawnee). Schur is the best in the business at putting SNL vets in an ideal position to shine (which means good things for us and for the career of star Andy Samberg) and at putting together winning workplace ensembles (which buys co-star Andre Braugher, a brilliant actor not known for his light comedic touch, a lot of patience). And while I’m usually wary of sitcoms built around actors learning to be funny (and not the other way around), I was totally charmed by the trailer for Us and Them, a reworking of the British hit Gavin & Stacey currently planned for midseason. It helps that stars Jason Ritter (Parenthood) and Alexis Bledel (Gilmore Girls), as thirtysomething pen pals, have plenty of experience playing light and delightful, but I was most surprised by the assured comic tone throughout. Sitcoms built around soul mates have a particularly rough road ahead of them — there’s plenty of short-term laughs, but where’s the drama? — but I have a weirdly positive feeling about this one, a good vibe that can even overcome the horrifying notion that The State veterans Keri Kenney and Michael Ian Black could plausibly be cast as the overprotective parents of the 31-year-old Bledel.

The best restaurants tend to be those that do one thing and do it well: the revered sushi counter, the classic neighborhood slice joint. That’s not necessarily the case with television shows, especially as the well of traditional formats has been drained pretty much dry. This bodes well for Sleepy Hollow, from Transformers writers Alex Kurtzman and Roberto Orci. Truly, this is the Cheesecake Factory of hour-long dramas. Forget the pilot, the three-minute trailer alone crams in the rebirth of Ichabod Crane as an anachronistic hottie, a witch, the Four Horsemen of the Apocalypse, a Starbucks joke, George Washington’s Bible, and a globe-rattling conspiracy in Westchester that doesn’t involve private school admission. This could be a rousing, self-aware entertainment powered by the steampunk energy of its own lunacy — and the chemistry of its stars, Brit Tom Mison and the truly excellent Nicole Beharie (Shame) — or it could be a schizoid disasterpiece. I have no idea, and what’s both exciting and terrifying is that I’m not sure Sleepy Hollow‘s creators know either.

Also: Enlisted, a midseason comedy about misfits in the military. Best-case scenario: Stripes. Worst-case: In the Army Now.

Like most modern plagues, Seth MacFarlane has proven himself to be both hardy and adaptable. A large swath of the population has been infected by his apparent charms, yet a dwindling few of us remain proudly immune. Even so, I wonder if Dads, his first foray into live-action sitcoms, will help break the national fever. It’s not fair to judge any network comedy on a three-minute sizzle reel, let alone its first three or four installments, but if these are the best bits already filmed it’s hard to imagine a full episode being any less abhorrent. Dads stars Seth Green and the famously hilarious Giovanni Ribisi as video-game designing bros suddenly forced to deal with (yuck alert!) their fathers, played with varying degrees of slumming by Peter Riegert and Martin Mull, both of whom deserve much, much better. Funnier jokes wouldn’t mitigate the show’s fairly appalling voice — the lovely Brenda Song is forced to dress up as a sexy Sailor Moon character and titter like a Japanese geisha in order to please Chinese businessmen because racism — but they might at least help pass the time. This is the sort of dreck that would have been right at home at Fox in the bad old days. Now it’s a credit to the network’s classy creative pool that Dads stands out like the floating Baby Ruth it evidently is.

Filed Under: Fox, The Upfronts