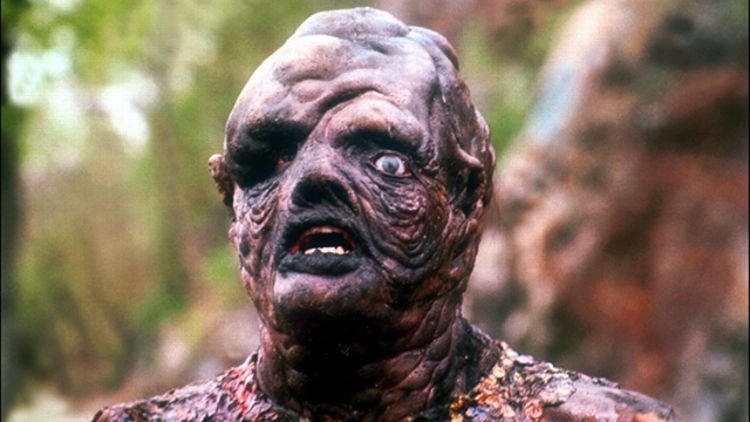 The reboot of Troma’s 1984 cult classic The Toxic Avenger has a big Austrian attached. According to Variety, Arnold Schwarzenegger is in talks for the project, not to play the title character but rather another, undisclosed lead role. Perhaps a rare villainous turn for our dude Arnie?

The original Toxic centers around “Melvin Ferd III, a 98-pound weakling who gets transformed into a superhuman crime-fighting creature after falling into a vat of toxic waste,” and is the most famous of the roughly eleventy billion B-movies that the indefatigable, imprudent Troma Entertainment has pumped out since the ’70s. Only appropriately, this reboot is being helmed by the man who brought us Hot Tub Time Machine, Steve Pink, and is said to be “an action adventure geared toward mainstream [audiences].” But this still seems like kind of a weird project for Arnold to pick up, right? Especially since he’s yet to land a juicy post-governorship hit? Well, look, whatever happens, he’s got another Conan to fall back on. Plus, his previous attempt at a comeback, The Last Stand, barely managed $12 million in the U.S. Expectations are certainly lowered! And I think we all know that, if things get really bad — Arnold always has the Fast and the Furious franchise to run to.

Do You Like Prince Movies? Podcast: The Great Gatsby and Ray Harryhausen