The Road to Yeezus Was Paved With Art School Critiques, Skrillex, Soccer Chants, Near Deaths, and ‘No Pedestrian F–kery’ 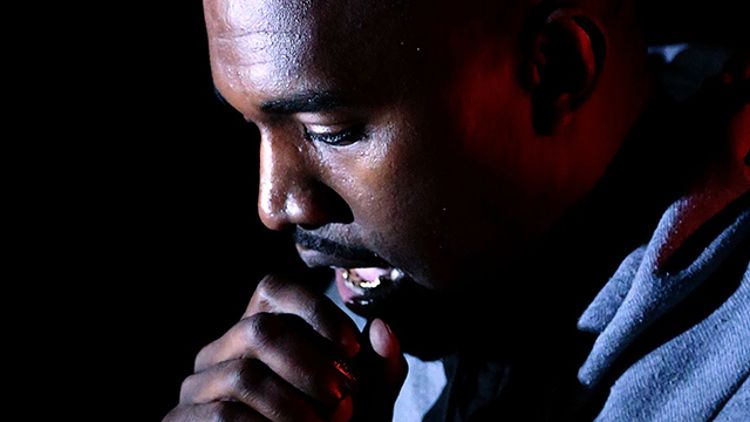 Days before Kanye’s Yeezus leaked, “Page Six” reported that the album was in a mild state of crisis. Word was Rick Rubin had been brought in at the last minute to shepherd the unruly project, which had been bogged down by sample-clearing issues and last-minute Parisian recording sessions. Then Rubin himself gave an interview to the Wall Street Journal and furthered the understanding of the recording process as slapdash and last-minute.

Kanye came over to play me what I assumed was going to be the finished album at three weeks before the last possible delivery date. We ended up listening to three hours of partially finished pieces. The raw material was very strong but hadn’t yet come into focus. Many of the vocals hadn’t been recorded yet, and many of those still didn’t have lyrics. From what he played me, it sounded like several months more work had to be done.

We were working on a Sunday [the same day West attended a baby shower for girlfriend Kim Kardashian] and the album was to be turned in two days later. Kanye was planning to go to Milan that night. Five songs still needed vocals and two or three of them still needed lyrics. He said, “Don’t worry, I will score 40 points for you in the fourth quarter.” In the two hours before had to run out to catch the plane, he did exactly that: finished all lyrics and performed them with gusto.

All of which, paired with the relatively short running time on Yeezus and its general stripped-down approach, led some anti-‘Ye’ers to see the album as somewhat dashed off. Respect to Pitchfork, then, for chopping it up with seven of Kanye’s collaborators on the album — including Justin Vernon, producer Hudson Mohawke, and West’s longtime engineer Mike Dean — and getting the full story.

First thing’s first: While the end run there was pretty full-on, no, half the album wasn’t recorded in the two days before it was turned in. Engineer Anthony Kilhoffer explains the process:

Everyone’s given a song and asked to go produce on it and bring it back the next day, then we’ll all sit around and critique it. It’s kind of like an art class [laughs]: “This is what we did this afternoon, what do you think?” … We get to the studio at about two in the afternoon, and then work until maybe 11 p.m., go back to Kanye’s house, play what we worked on, then maybe go back to the studio around midnight and work until three in the morning … [I]nstead of doing [the usual] 30 songs altogether, we only did 20. Still, we would explore all kinds of [sic] options: different tempos or drums, whether a song should be synth-based on real-instrument based. A lot of younger producers just get a beat, put a rap on it, and that’s the song. There’s no dissecting, or recreating.

And it is hard damn work, says Vernon: “You’re trying to do the coolest shit. Just being around motherfuckers who have been doing this for a long time and are getting better — like, there actually aren’t that many of them in the world. There’s no pedestrian fuckery on this album. People are working their asses off to make the best shit, and Kanye’s leading the pack.”

A lot of the process was about stripping stuff down and “intentionally sidestepp[ing] the obvious route each time,” says Hudson. (He’s the one who had a flirtation with the afterlife: “I just had a few silly nights out and overdid it with various things. So I spent a week in intensive care in the middle of making the record.”) “I Am a God,” in particular, was set as a grander, larger thing, but was taken down to let the nutso title phrase resonate on its own.

There was also a track worked on with Skrillex that felt too close to dubstep sounds, and has been shelved for later. Also, according to Dean, “Black Skinhead” “almost got deaded because it was too much like a soccer song.” And one more footnote on omissions: “On Watch the Throne, we were gonna use the hook of ‘We Are Young’ before [Fun.] got it. [Watch the Throne producer Jeff Bhasker co-wrote/produced ‘We Are Young’.]” Now that. Is. Pretty crazy. I think I speak for all of us when I say, bless you for letting that sleeping dog lie.

ANYWAY: Safe to say Kanye had a pretty vigilant recording process and general philosophy for Yeezus, and if he did cram in some last-minute recording sessions, that’s because what would this thing be without a sense of urgency, and also he is a genius and you gotta leave the geniuses alone. Also, read the whole Pitchfork article. It’s quite excellent.