Your Latest ‘True Detective’ Micronews: One Male Lead to Rule Them All? 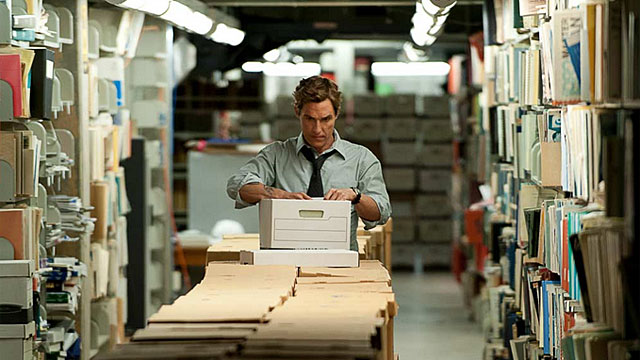 In the Tracking Every Tiny Development department, True Detective is now up there with Star Wars. So it’s with a happy heart that I relay a “Twitter EXCLU” from The Wrap: “The 1st script for 2nd season is IN & agency sources tell us it features one MALE lead & male/female co-stars.” Maybe this is the real death of the female-led True Detective Season 2 dream, or maybe it’s hot garbage. (Recall showrunner/sole writer Nic Pizzolatto’s recent remarks about the show’s veil of secrecy.) As with all things Star Wars, True D, and life: We’ll see.

Rest in peace, Bobby Womack. The soul icon was 70; he had recently mounted a comeback with 2012’s excellent The Bravest Man in the Universe.

Just in case Game of Thrones Season 5 catches World Cup fever, someone designed uniforms for the various houses of Westeros.

Bill Hader and Kristen Wiig do drama in The Skeleton Twins.

NPR has the first new Bon Iver song in quite a long while. It’ll appear on the soundtrack for Zach Braff’s Wish I Was Here.

Jason Bateman lines up his next starring/directing gig with an “FBI-themed wedding comedy.” Hopefully it’s a million times better than Bad Words.

For your consideration: A six-minute Busta/Eminem epic.

Jay Z and Beyoncé released a behind-the-scenes video for the “On the Run” tour. They make great faces while watching explosions. And Blue claps and says “good job.”
https://www.youtube.com/watch?v=QxlpPd-GYrQ

Coming to Netflix in July: Paul Thomas Anderson’s The Master, My Girl and My Girl 2, Out of the Furnace, Gandhi, Basic Instinct, Season 2 of Eli Roth’s Hemlock Grove, Honey, I Shrunk the Kids, and a bunch more.

“The one thing I’m glad I won’t have to do is the silly walk sketch, which I never thought was as funny as everybody else. The only reason it became so iconic was the brilliance of my performance because I never thought it was a very good sketch.” –John Cleese on the Monty Python reunion

Masters of Sex Season 2 is 13 days away. Here’s the trailer.
https://www.youtube.com/watch?v=BQHU3hB0oEw

And you can forget about Lifetime’s Aaliyah movie for now.

We are sad Zendaya will no longer portray Aaliyah. Production is currently on hold.