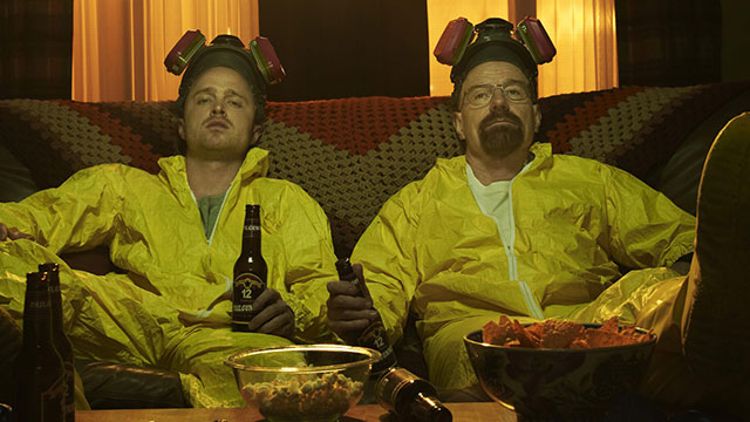 AMC’s Breaking Bad spinoff, which just got pushed to early 2015 but also renewed for a second season, might have a clear path to bringing back Bryan Cranston’s Walter White and Aaron Paul’s Jesse Pinkman. “One of the great things about having a time line which is flexible is that perhaps some of it takes place before Breaking Bad, during Breaking Bad, and after Breaking Bad. That gives us the ability to bring back characters that were killed on Breaking Bad,” executive producer Peter Gould tells the New York Daily News. Gould will be the co-showrunner alongside Breaking Bad creator Vince Gilligan, who is directing the Better Call Saul pilot.

That freewheeling approach to time could move the show “back and forth over several decades, including the era where Walter White cooked and sold crystal meth,” the Daily News writes. This is the first time we’ve heard that the series might depict more than just the early life and times of lawyer/fashion all-star Saul Goodman. Even a standard prequel to one of the greatest shows of all time would’ve put Gould under the “enormous pressure” he finds himself feeling, but now Cranston and Paul mentioning their willingness to dust off their old duds isn’t just idle talk — it’s something fans really can and will count on.

And yet: “We want to make a show that stands on it own, is its own story and is a brand extension,” Gould says. “We think we have a story that is worth making. … We could never dream of the kind of success that Breaking Bad had and the love we got from the fans. But at a certain point you have to do the best job you can and tell the best story that entertains you, get a good response and hope people like it.” We’ll find out in Q1 2015, when Better Call Saul joins AMC’s The Walking Dead on Sundays.

As for that recent Season 2 renewal, Gould is psyched. “It’s tremendous for us because we get to plot out two seasons. And the way we work is similar to Breaking Bad as it is very serialized and each episode builds on the last. And that gives us a much bigger canvas to play with.” So the streak continues: Every few weeks, Breaking Bad diehards have less and less to worry about. Albuquerque’s fictional future (and past) isn’t just in good hands, it’s in ambitious ones.

Your Latest 'True Detective' Micronews: One Male Lead to Rule Them All?