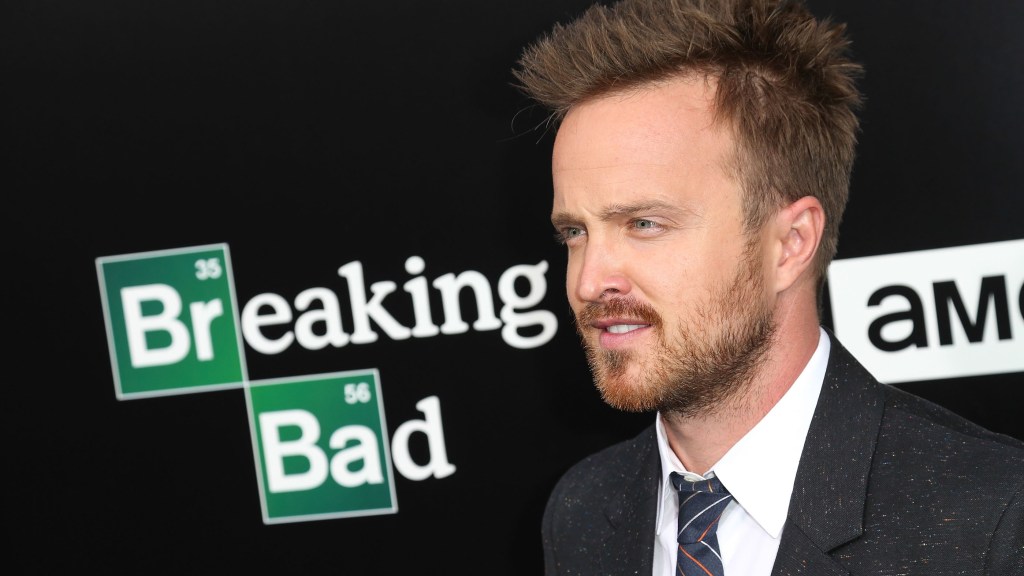 Next time a Breaking Bad fan forces Aaron Paul to intone the word “bitch,” making  you feel sorry for the way he’s become society’s foul-mouthed parrot, remember this: Paul would, and might, take that path all over again. Better Call Saul is set to debut on AMC in November, and Paul tells Access Hollywood he’s had “serious talks” about getting back together with the former Bad gang. “Anything Vince [Gilligan, BrBa creator] is involved with, I’m there,” Paul said. “I owe him my entire career. And the idea of jumping into the skin of Jesse Pinkman again in his lighter days — because it’s all a prequel — it would be fun.”

It would be fun seeing Pinkman in his younger, dumber days as the meth-chef known as Cap’n Cook, slingin’ inferior, chili powder–infused product all over the ABQ. (It would also be fun seeing Bryan Cranston, although how he’d fit into a prequel — when we witnessed his first meeting with Saul Goodman during Breaking Bad — is fuzzy.) Apparently Dean “ASAC Schrader” Norris is out, though, because of his responsibilities with CBS’s second season of Under the Dome. “I don’t think they’ll let me do a little cable show,” he said. “I think that experience was that experience. I’m not a big fan of kind of revisiting something that has already been done. But I think it’s going to be awesome. So I can’t wait to see it.”

Predicting the Oscars: Best Director and the Three-Way Race for Best Picture