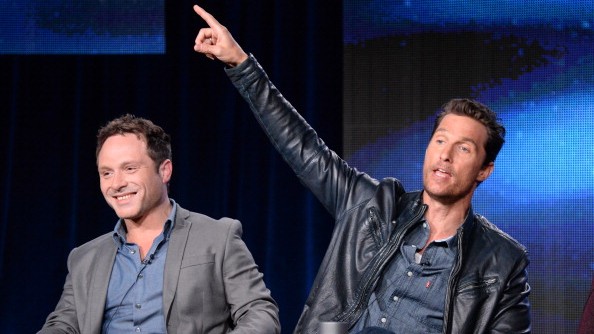 These limited series and annually rebootable miniseries have been so good, right? Top of the Lake was a revelation. American Horror Story goes hard every year. Fargo has been topping itself each week. True Detective was a terrifying delight.

But True D one-man band Nic Pizzolatto — who plays showrunner and writes every episode by himself — has some news: Limited series can be brutal. Speaking at the Banff World Media Festival this week, Pizzolatto said:

Every season, I’m essentially creating a brand new TV show. It can’t have any growing pains like a regular first season. If it works it has to work right out of the box. That’s incredibly exhausting. I mean, the job is exhausting to begin with, but it’s doubly exhausting and I’m writing every episode. I can’t imagine I would do this more than three years. I mean, I’d like to have a regular TV show. We’ll have some fixed sets, regular actors and I could bring in people to help and I don’t have to be there every second. It’d be great.

We need to start preparing ourselves for just three seasons of True D, then? OK. That’s all right. Maybe. But could we get some concrete info about Season 2 in the meantime, just to distract ourselves from the preemptive grief?

“Literally, not a single rumour about casting that has been printed anywhere has any truth to it whatsoever,” Pizzolatto said. “There’s me and two other guys and they don’t even know what I’m doing … We haven’t cast anybody. I have a secret list and that’s it.”

Oh. Season 2 is still definitely going to be led by female detectives, at least? “Again, it’s a rumour with no basis in fact. There is a strong [lead] female character. But I wouldn’t say it is female-led or anything like that.” Meaning we’re Jon Snow; we know nothing.

The Banff report does have one nugget to get the #truedetectiveseason2 hashtag firing again: There’ll be four main characters. Dig up images of your favorite quartets, stat. While we’re talking about hashtags, though, Pizzolatto isn’t exactly impressed with how True Detective took over the Internet earlier this year. “On one hand, it’s great to see the show engage people and it was meant to engage a viewer on multiple, multiple levels,” he said, adding that he avoided most of the Internet buzz. “On the other hand, I think there is subsets of internet people who had their own agendas with regards to speculation on the show. A lot of times people were trying to get clicks on their website. And there is a difference between engaging in a show and hijacking it.”

Will you believe us if we just tell you we love your show, Nic?