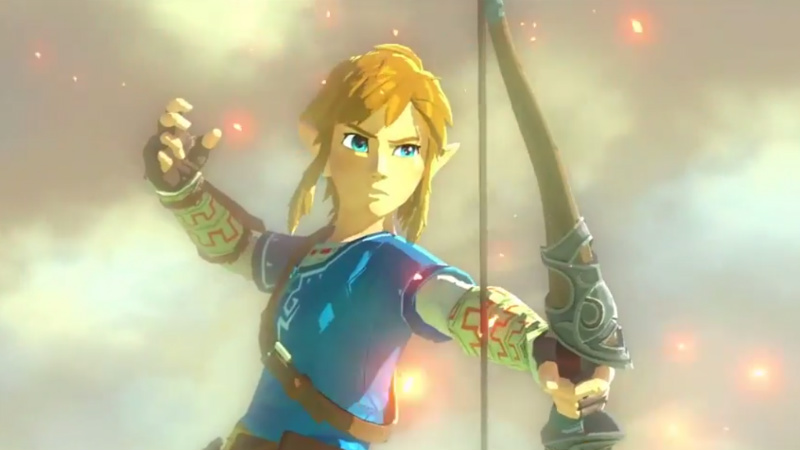 Every year, going on 50,000 people gather at E3 in Los Angeles — the world’s largest annual video game and entertainment expo — to talk about what toys they’d like to play with in the coming year. I don’t want that to sound dismissive; just the opposite — toys are usually the first art objects to occupy significant real estate in our brains from an early age, and while some people leave them behind after a certain point in life, many more find increasingly intricate and ingenious ways to play. The programmers whose job it is to make these particular toys have a fascinating job that sits at the intersection of psychology, aesthetics, and storytelling. The question of who wants to play, and why, and how, continues to be addressed in new and exciting ways. Unless, of course, you are a man or woman interested in playing a female character in a major-franchise video game.

Female and feminist-minded E3 attendees who have been waiting for mainstream gaming to more fully represent the female half of its demographic have been subject to more bad lines this week than an off-the-clock booth babe at the JW Marriott bar. This year’s go-to: the production workload excuse. “It would have doubled the work on those things,” said Ubisoft technical director James Therien on the decision not to include a female player in Assassin’s Creed Unity, the latest installment of the massively popular open-world franchise. “And I mean it’s something the team really wanted, but we had to make a decision … It’s unfortunate, but it’s a reality of game development.” Meanwhile, over at another Ubisoft panel, the Far Cry 4 team also had to break the news that women juuust missed the rickety life raft to shoot-’em-up island. “It’s really depressing because we almost … we were inches away from having you be able to select a girl or a guy as your co-op buddy when you invite someone in,” director Alex Hutchinson told Polygon. “And it was purely a workload issue because we don’t have a female reading for the character, we don’t have all the animations.”

U OK, Ubisoft??? Things sound really stressful over there. Now, I don’t know much about programming, but I do know about washing dishes. It’s one of my least favorite chores, and when it comes time to take care of all my domestic responsibilities during the weekend, I always manage to get to the grocery store, I always do my laundry, I always sweep the floor. But more often than not, by the time I’m sitting down to watch my Sunday shows, there are still dirty dishes in the sink. If someone happens to stop by and notices the state of the kitchen, it is very easy for me to chalk it up to a workload issue, while deep down inside, I know there is a simpler explanation: didn’t wanna. Just in case there is any confusion, in this metaphor the dishes are female characters and the laundry is the 1:1 proportional rendering of Notre Dame Cathedral.

At least one person who is in a position to know thinks that the lady problem doth protest too much. Naughty Dog animator Jonathan Cooper, who worked on Assassin’s Creed 3 and Mass Effect 2 (neither of which seemed to have any problems incorporating female characters) pointed out on Twitter that female character animation shouldn’t take more than a few days.

Man, if I had a dollar for every time someone at Ubisoft tried to bullshit me on animation tech ;-)

That said, character models, voice acting and the systems to switch them take more time.

Just trying to remove the animation excuse from the equation. They're all being stripped away one by one.

Nobody is asking for censorship or some kind of diversity mandate, just some honesty so that the industry can move forward. The “your invitation must have gotten lost in the mail” vibe of this year’s panels almost makes you nostalgic for 2013’s go-to mechanism for defending the boy’s club citadel: “This is a man’s story about men.” (The Assassin’s Creed franchise has used this one in the past, with Hutchinson explaining the decision to not use a female protagonist in the game’s third installment because the history of the American Revolution was the “history of men.” And also, apparently, the history of time travel and magical temples.) Whatever logical fallacies that entails, it at least implies the truth: that studios and creators are putting a priority on stories about men. And hey, who could blame them? There are a lot of awesome stories about men. I mean, there are a lot of stories about men period; so it’s just statistically inevitable that some would be awesome.

Citing some kind of technical overload is disingenuous and a rhetorical roadblock. If I tell myself I’m not washing my dishes because it is outside my bandwidth, then I can remove it from my priority list, because I am not in the habit of putting impossible things on my priority list. But if I am honest about the fact that, for whatever reason, dish washing is not something I am particularly interested in doing, and furthermore this aversion is resulting in a less-than-ideal odor in my kitchen, I can then either work to change my attitude and do my damn dishes, or pay someone else to do them, someone who loves doing dishes and would wash them with passion and creativity.

My favorite part about all of this is that while the backlash against the Unity panel was mounting, another corner of E3 was in a tizzy over an entirely different gender issue. The first look at Nintendo’s 2015-slated open-world Zelda installment prompted two immediate reactions: “Wow, that looks gorgeous” (it does) and “IS LINK A GIRL???” The heartening part about the latter reaction was that by and large, it seemed to be coming from a place of genuine, insatiable curiosity about a possible reinterpretation of the now-timeless Zelda mythology, rather than panic over gender roles. A Reddit thread has quickly gone full True Detective over who that lithe figure in blue is, and the discussion ranged from a gendered concept of bravery in Hyrule to conspiracy theories that that actually may be a young Ganondorf.

It’s worth pointing out that Nintendo has a history of less gender-oriented gaming in general; Mario and Luigi may identify as male, but there’s nothing terribly masculine about them besides their ample facial hair. Link has always skewed androgynous. At another presentation for the upcoming Wii U title Splatoon, which features paint-shooting squids, producer Hisashi Nogami explained, “Rather than designing the characters and then making a game around that, we instead came up with the game first, and then created characters we thought would work well around the gameplay. That’s actually how Nintendo prefers to approach game design.” Perhaps that’s why Nintendo gamers are more flexible when it comes to the appearance of their toys. By sidestepping the idea that video games are supposed to be the next TV/movies/narrative-oriented drama, developers also avoid a lot of the diversity problems that plague those media.

In the end, the possibility of a gender swap for our Hylian hero is unlikely. “No one explicitly said that that was Link,” Zelda series producer Eiji Aonuma cryptically told VentureBeat, sending the conspiracists back to their red string and corkboards. But for a brief moment, the possibility of a gender-bent Zelda was out there, and the reaction was kind of exciting. We’re very adaptable creatures, it turns out. We may immediately gravitate toward certain toys because we’re socialized that way; there will always be people who feel more comfortable manipulating an onscreen rendering of a male body than a female body. There will always be people who feel more comfortable manipulating a squid. In explaining the alleged difficulties of transferring body movements between male and female skeletons for Far Cry 4, Hutchinson cited “this weird issue where you could have a female model that walked and talked and jumped like a dude.” Yeah, but Alex … that sounds kinda great!