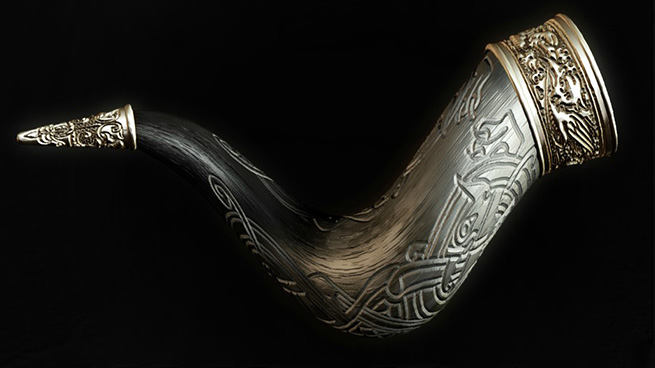 This is the best time of year to be a Game of Thrones fan, and probably the best and worst time of year to be the 65-year-old world-inventor we call George R.R. Martin. It’s great because he gets to see things like 7,000 costumed mega-fans flocking to the Barclays Center to watch an episode of a show based on his epic novel series — but that very series has to make things tough. Because the books are long. And they take years to write. And nobody likes that. So Mr. Martin released a chapter from The Winds of Winter, the sixth novel in A Song of Ice and Fire. I spied Arya’s name in there.

Hannibal Buress found out Scarlett Johansson was a fan of his, so he promptly screwed that up. Thanks, alcohol.

Golden Age of TV Criticism–defining site Television Without Pity is being shuttered soon. :(

Soundtrack expert Zach Braff got new songs from the Shins, Bon Iver, and a Chris Martin/Cat Power collaboration for his Kickstarter movie, Wish I Was Here. (The Shins’ “New Slang” started playing in the café I’m in AS I WROTE THIS. EASE UP, BRAFF.)

This is a G.I. Joe–style PSA from your good friends at Community. (Related: there was plenty of #sixseasonsandamovie talk and more at PaleyFest.)

More Thrones: Chris Heath does a lengthy profile of Game of Thrones star Kit Harington for GQ. “I don’t think [GoT’s appeal is] as complex as people make it,” says Jon Snow. “I think people like it because people actually respond to not being treated like idiots. It’s a really complex story, and it’s very hard to follow, and people love working that puzzle out. And I mean essentially why I think people like it is it’s a rollicking good story with sex and violence.”

Lena Dunham directed the new Bleachers video, “I Wanna Get Better.” (Dunham’s boyfriend Jack Antonoff is Bleachers. More important: Parks and Recreation’s Retta is in this.)

Oprah and Elizabeth Gilbert and Deepak Chopra are doing an AREEEEEENAAAAAA TOOOOOUUUUUUR!

You ever miss Twister? You ever NOT miss Twister? Check out this teaser for something called Into the Storm. The director cut his teeth on Final Destination 5, so that’s what’s up.

AMC’s development slate includes: Untitled Billy Corgan Wrestling Project; a period piece called, um, We Hate Paul Revere; an Area 51 show from Chris Carter (The X-Files) and Gale Anne Hurd (The Walking Dead); a late-night show and a scripted comedy from Kevin Smith; a comedy from Seth Rogen and Evan Goldberg; and Paradise Lost, “about a group of friends who form a deliberate, isolated community.”

And Jimmy Fallon and Bill Cosby are working up quite the oeuvre of late-night TV magic.