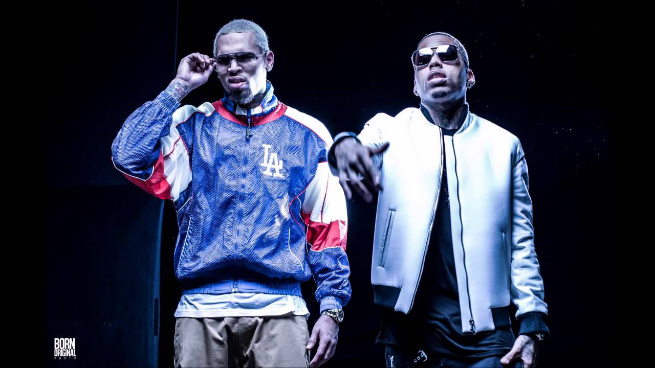 When I first started this column, I made a promise to myself that I would never cover a song by or featuring Chris Brown, for reasons that I shouldn’t have to explain. This is a column about giving “disposable” pop songs more time and critical consideration than they are usually afforded, and I just didn’t feel like seating Brown at the big kids table alongside the esteemed likes of Pitbull, Katy Perry, and, well, Rihanna.

But Brown is an undeniable reality of the pop music landscape. Team Breezy is legion, and other artists and producers continue to enlist his not-nonexistent talent and fan base in their efforts to crack the Hot 100. Case in point, Kid Ink, a rising L.A. rapper who signed to RCA last year after putting out a string of mixtapes featuring the likes of Ty Dolla Sign, Meek Mill, and 2 Chainz. It was his partnership with Brown, though, that gave him his first mainstream hit — “Show Me,” which has spent 23 weeks on the Hot R&B/Hip Hop chart and has spent the last couple of months creeping into the upper ranks of the Hot 100. You could also just as easily ascribe that success to hot producer of the moment DJ Mustard, who gives the track its spacious, plonky vibe. I’m not sure what makes this song such an insidious earworm: Mustard’s hooky central melody or that it is played approximately 860 kajillion times a day between the major three pop stations in Los Angeles.

Even though it is Kid Ink’s song, there is a very high barrier for entry for non-Breezy fans, with Brown crooning the word “panties” in the opening line. From there, you’re basically listening at your own risk as Ink and Brown tag-team holler with a groany “don’t I know you from somewhere?” pickup line. Ink is competently precocious in his delivery, if unimaginative: You could probably fill up more than half the squares on your mainstream rap cliché Bingo card in its four-minute runtime. I will give him some credit for the “go on the floor like a doormat” line, which I don’t think I’ve heard before, and which, just … yeah.

But he’s aided greatly by Mustard’s squishy synths — if there’s one moment of this song I genuinely like, it’s the opening of his first verse, as the production shifts and he takes the mic from Brown with a casual “On the real, no lie,” which almost feels like musical theater in its sequencing. DJ Mustard is probably the real winner of this song (setting aside for the moment the dumb sound effect of struggling girls after “my bad if my ex try to fight you”), because his contribution is what lingers in your brain the most for the 10 minutes at a time when this song isn’t playing somewhere in the vicinity. I didn’t even realize this song was called “Show Me” after the first 10 or so times I heard it, because none of the sung melodies are of any consequence at all. It was the “bom bompy bomp-bomp” song, and I’d kind of prefer to keep it that way. Point, Team Musteezy.

“I think 'killed' is an understatement. We murdered it. We let it, yeah — fuck the banjo. I fucking hate the banjo.” Thanks, Mumford & Sons!