The RIAA, for One, Is Into Jay-Z’s Cell Phone Gimmickry 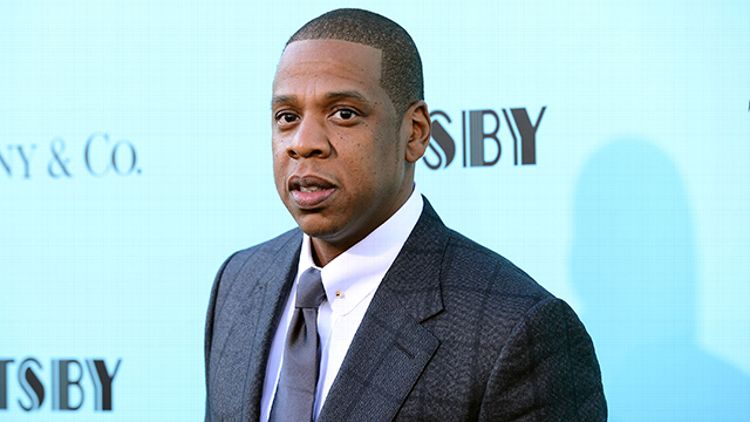 Earlier this month, Billboard announced that it won’t count the “pre-sales” of Jay-Z’s new album — a.k.a., the million copies that Samsung has already purchased of Magna Carta Holy Grail to give away to Samsung customers — for Jay’s Billboard tally. Even though Samsung did pay Jay-Z for them (at $5 a pop), Billboard’s rules stipulate that albums bought in bulk and then given away are not eligible. Says Billboard’s editorial director Bill Werde: “The ever-visionary Jay Z pulled the nifty coup of getting paid as if he had a platinum album before one fan bought a single copy. … In the context of this promotion, nothing is actually for sale.” The RIAA, however — the organization that hands out gold and platinum certifications — was not only similarly impressed, but actually moved to change. On Monday, they announced a tweaking of their rules in direct response to Magna Carta Jesus Lincoln Strawberry Fields Forever.

By now, many of us in the music business, as well as Jay-Z fans, know that Samsung has purchased one million “Magna Carta Holy Grail” digital albums to be given away to the phone maker’s customers. It is a novel and creative marketing move and it has rightly stimulated a healthy conversation about the sale’s meaning and implications for the modern music business.

For us, the move prompted a re-examination of our historic Gold & Platinum (G&P) Program award rules. As we dug through the records of audits, re-reviewed rules and consulted with our auditing firm of more than thirty years, Gelfand, Rennert & Feldman, we discovered one rule disparity that no longer makes sense.

One of our program’s requirements is that an album can become eligible for certification 30 days after release date. … The 30-day rule exists to take into account potential returns of physical product — CDs, cassettes, vinyl, etc. that could be shipped to brick and mortar retailers and returned, in which case our auditors do not count the sales. …

We think it’s time for the RIAA — and Gelfand, Rennert & Feldman — to align our digital song and album certification requirements. That’s why today we are officially updating this rule in our G&P Program requirements. Going forward, sales of albums in digital format will become eligible on the release date, while sales of albums in physical format will still become eligible for certification 30 days after the release date.

Which means Jay won’t have to wait 30 days to get his inevitable platinum plaque. Well, actually, the physical plaque might take a while to ship anyway. But the e-mail from the RIAA that he’s gone platinum — boom, that’s gonna come right away.

After Billboard’s announcement, Jay-Z tweeted, “If 1 Million records gets SOLD and billboard doesnt report it, did it happen? Ha. #newrules.” The RIAA ruling, in turn, should leave him quite pleased; you know, paradigm-shifting and all that. Meanwhile, the rest of us try to figure out what there is here to get excited about: A future with more prominent cell phone partnerships?! And the truly antediluvian among us might go so far as to say: “If the RIAA instantly recognizes an album because of its cell phone sales, but that album sounds like a plate full of hot garbage, should we care?”

Afternoon Links: So Many Racists, So Little Time