The Quiet, Heartbreaking Return of ‘Masters of Sex’ 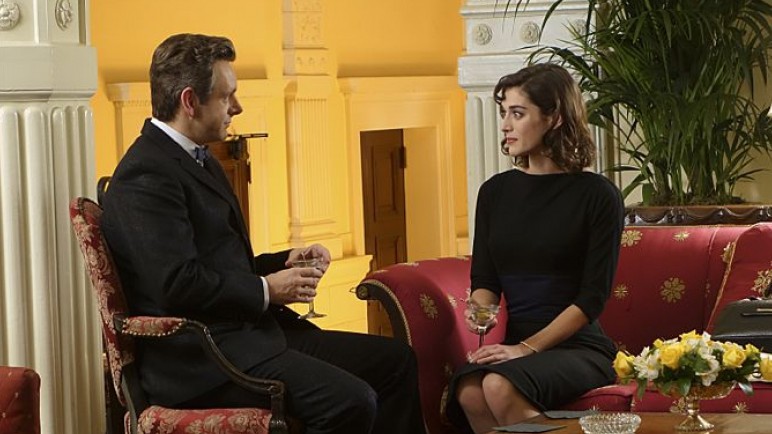 In television these days, extremity is king. Game of Thrones might not be the best show on TV but, with its mountainous budget, severed limbs, and exploding heads, it is certainly the biggest. The Walking Dead is a monster hit not for the content of its character but for the way it brazenly displays the bloody contents of its characters. And last night brought the premiere of FX’s The Strain, a horror series with the explicit — extremely explicit! — aim of being the grossest thing on the air. The rise of shows like these is TV as arms race, as viral warfare. The Strain doesn’t just want to capture eyeballs, it wants to infect them with wriggling vampire worms. It’s no longer enough to get you to look. These gory new shows invite you to look away.

What a relief, then, to greet the return of Showtime’s Masters of Sex. As it begins its second season, the show still features more exposed bodies than discount night at Littlefinger’s brothel but, mercifully, it insists on presenting them more or less intact. The series is a lightly fictionalized telling of the life and career of Dr. William Masters (Michael Sheen) and Virginia Johnson (Lizzy Caplan), the pioneering sex researchers (and sex havers) who, beginning in the 1950s, turned the bedroom into a laboratory and, in the process, turned societal assumptions upside down. I would argue that the show about them does the same to an increasingly bloodthirsty TV audience. Hearts break on Masters all the time, but they rarely stop entirely. This is a welcome change but a surprisingly difficult one to process. For those accustomed to the high-wire carnage of most prestige dramas, adjusting to the emotional subtlety of Masters requires time and serious rewiring of expectations. Last season the series revealed itself with such coy, deliberate precision that it took weeks for me to realize that the foreplay had stopped and real pleasure had taken its place. It’s the difference between appreciating the plateau stage and expecting to be thrown off a cliff.

“Parallax,” last night’s elegant premiere, picked up the threads that last season had left out in the rain. The presentation of Masters and Johnson’s first study was an unprecedented debacle, leaving Bill unemployed and Ginny the receptacle of an entire hospital’s worth of lascivious propositions. Despite a few cutaways to some particularly hot and heavy research, showrunner Michelle Ashford waited until the end of the hour to reveal the current status of the Masters and Johnson partnership: They lie together across state lines even as they lie to themselves about the nature of their connection. (It’s not an affair, it’s Work, something that both privilege over any pretense of a personal life. Except fucking in a hotel room is plenty personal, no matter what you call it.) What came before was devoted to sweeping up the emotional detritus still lingering from the first season. Some of this was prosaic: The fizzy Heléne Yorke, so wonderful as Jane last year, will spend much of this season starring on Broadway; Nicholas D’Agosto was set to be the co-lead of CBS’s How I Met Your Dad before the network pulled the plug. Both characters were easily dispatched to California, even if only the former will be much missed. And some was darkly poetic: The titanic Ann Dowd, drafted into silent duty on HBO’s The Leftovers, was given one last chance to smile and suffer as Essie Masters. (Julianne Nicholson, so much better here as the stoic Dr. DePaul than she’s allowed to be on SundanceTV’s tepid The Red Road, is sticking around for a bit longer.)

What was more remarkable was the way Ashford turned other potential farewells into series-gobbling showstoppers. Beau Bridges and Allison Janney did some of the best work of their long and illustrious careers last season as Barton and Margaret Scully, the closeted provost and his slowly awakening wife — one of the few thrills of last week’s Emmy nominations was seeing both of their names pop up. It feels supremely unfair that both actors are locked into extremely high-paying jobs on middling CBS sitcoms at present, making their availability for Masters’ second season close to nil. Some showrunners might throw their hands up at this and let their story lines lie. But Ashford, whose steady, unfussy stewardship I’ve come to admire, took a different tack. If she could secure their services for only a single episode, she would absolutely make it count. (According to my contact at Showtime, their return for one more episode later in the year is possible but, as yet, unconfirmed.) 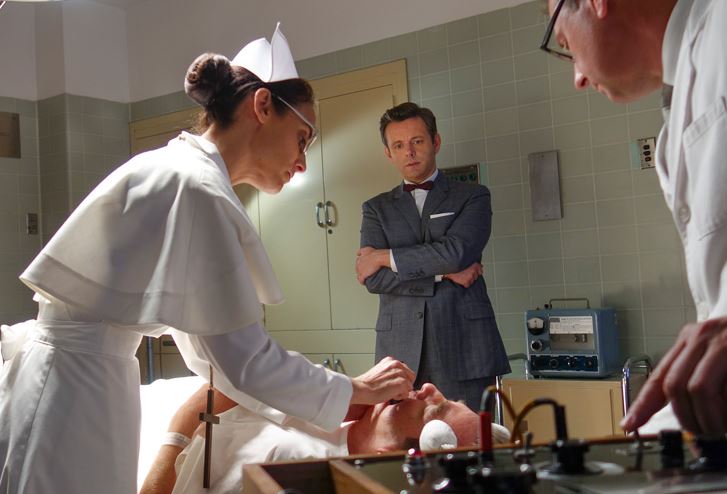 And so she did. In a half-year marked by crushed skulls and invaded retinas, I’m not sure anything has been as discomfiting as the sight of the shaggy, cheerful Bridges submitting himself to electroshock therapy to “cure” himself of homosexual urges. Bridges was astounding here, a rawness leeching through his usual jocularity that I didn’t think was possible. Though their lives have little in common, both Barton and Bridges are established professionals of a certain age, one in which exposing this level of vulnerability is a choice, not an expectation. By doing so, the 72-year-old Bridges did justice to his craft and to the thousands of real-life Bartons who turned to junk science to fix a part of themselves that was never truly broken.

As the first season established, the early stages of William Masters’s investigation into human sexuality succeeded thanks to his clinical decorum and professional remove. What was pathological and destructive in his own life — you won’t be seeing any World’s Greatest Dad mugs in the Masters home anytime soon — was actually helpful around strangers. To them his lack of emotion was a reassuring wall, not the sucking vacuum it is to his own wife. (Or, in a more broadly comedic style, the way it is to Annaleigh Ashford’s bawdy Betty, happily returned to the cast in Season 2.) Last night, Bill accompanied Barton not to judge him, but merely to observe him as a doctor and, perhaps, to support him as a friend.

What the first season also made plain, however, is that Masters’s chill was made whole only by Johnson’s exuberant warmth. As a doctor, he made the cuts, but, as a human, she couldn’t help but flinch. Though Masters of Sex gives both characters equal footing, there’s no question to whom it grants the upper hand. The rough empathy that the show extended to Barton Scully, as he awoke from sedation calling out for his wife, as he clumsily attempted to seduce her, and as he wept on the floor of the basement after nearly hanging himself, was breathtaking. Too many TV shows present pain as currency, the unfortunate but necessary tender required to get ahead — or at least to keep your own. As the Scully family collapsed in a heap on top of one another, it was a rare glimpse of pain as it truly is: an awful, unavoidable side effect of regular life.

Caplan was also a surprise Emmy nominee and no less deserving. Always a loose and likable actor, she wears Virginia like a comfortable suit. (Few scenes on Masters are as electric as when Ginny interacts with Caitlin FitzGerald’s Libby. Their genuine friendship is a delight to behold and a nightmare to contemplate.) But it’s a mistake to ignore the expert tailoring. There’s a spine beneath Ginny’s easy smile that’s essential to the performance and the role. Unlike the more established, privileged Masters, her Virginia Johnson was never expected to be where she is. And it’s very clear that no one expects her to stay.

In the episode’s final, devastating scene, in which both Caplan and the exceptional Sheen employed their expressive faces to transmit all the roiling passion their words could not, Masters uses Virginia’s predicament to elevate himself, saying, “It is a rare man who could understand why a woman could choose work over love.” But the truth is that he’s made the exact same choice — probably all of the leering doctors on the show have, from Teddy Sears’s Dr. Langham, that charming cad, to Danny Huston’s backslapping Dr. Greathouse. Yet only Virginia stands to be punished for it. Masters of Sex remains the rare show willing to dissect the stodgy constructs of polite society, be it 1950-something or 2014. It proves that the world as we know it doesn’t need to end to inspire moments of beauty and horror. It just needs to be undressed a little.