The Parenthood Cry of the Week: Weeping (With Relief) Over Amber and Ryan’s Doomed Love 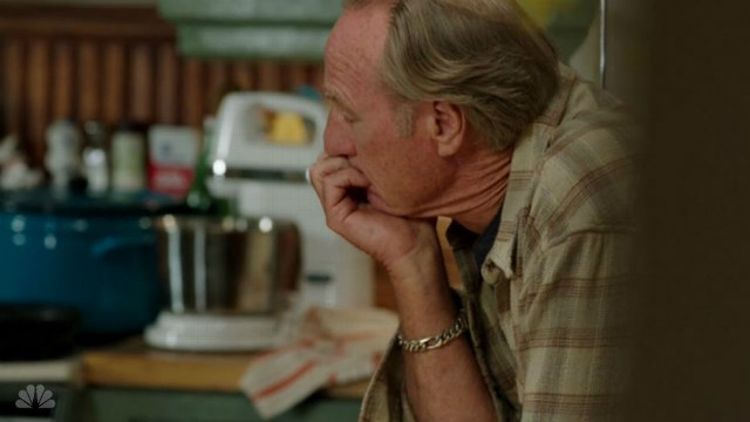 Salvation is on the way! Parenthood Season 5 has suffered a serious dearth of tears, but fortunately this week’s episode accelerated the action on numerous tedious story lines, which will hopefully elevate this morass of a season. Perhaps we should thank Kristina Braverman. Not only was this a mayoral campaign–free episode, but she delivered a soliloquy about how great Adam’s marriage proposal was that seemingly woke Amber from her own engagement trance. We were also treated to two classic Braverman meals — the entire clan (save for Joel) had dinner in the perfectly lit backyard and the four adult siblings met for a Season 1–esque lunch — and quality Hank time. Even though there was still a conspicuous lack of sob-inducing moments, I’m confident (or delusionally hopeful) that Parenthood can return to form. Here are the episode’s top promising moments, plus the Near-Cry Moment of the Week.

Drew’s signature is his diffidence. He’s a recognizable teen. You know, that quiet kid with Bieber hair that’s probably less of a fashion statement and more of a hiding mechanism. Maybe, that’s realistic, but I’ve always found it difficult to truly love him as much as Crosby or Amber because we don’t know him the same way. Or maybe I discriminate against shy people. If you consider him in a macro sense, Drew is actually a remarkable TV character. He was central to last season’s abortion story line, and because depictions of abortion are so rare on television — particularly with teenagers — Drew is unforgettable. But that doesn’t speak to his personality as a Braverman. (Yes, I know his last name is Holt.) His new signature needs to the oversize navy blue robe he wore last night. This is the garment he wore as he confronted the hungover girl he hooked up with the night before in the unisex dorm bathroom. We’ve seen that navy robe earlier this season, but it just didn’t look so regally awkward. Drew is a king, but no one has taken notice yet. That drunk girl is beginning to get the message, and I like to think it has something to do with the robe.

That’s Hank (Ray Romano) explaining to his ex-girlfriend’s nephew why they broke up.

So, Hank is the best.

Is It Wrong to Enjoy Someone Else’s Breakup?

It’s finally happening. Amber and Ryan (Matt Lauria) are headed toward a breakup. At the end of last week’s episode, Amber and Sarah had an emotional, conciliatory hug that ended with a closeup on Amber’s left hand, which was adorned with a ring. At the time, I thought it was an indication that Amber was already married, which was going to make this breakup a lot more litigious. Lucky for us viewers, though, that lingering ring shot was just punctuating Amber’s liminal position between her fiancé and her mother. This week, Amber’s existence on the show was not just about Ryan. She took it upon herself to help the Luncheonette’s first act on their nascent record label find a way to improve their recording sessions and also delivered lunch to them. She stopped moping about her relationship long enough to enjoy her job and reclaim her charismatic self. It was a victory for everyone who loves Amber. In addition to all the subtle clues that Matt Lauria’s time on Parenthood is coming to a close, there were the obvious ones: when Kristina’s proposal story made Amber cry nervous tears, when Ryan’s upgraded ring filled her with bewilderment, when she was happier around the band than with her fiancé. Ryan, it has been less than lovely knowing you. So long.

The most remarkable moment from last night’s episode came at the very end, which is generally when the show gets you. The most insufferable story line has been the one about Camille and Zeek possibly selling the Braverman house. But even this grim plot finally picked up. Camille left for Italy, and Zeek was alone in their large house. He accidentally set off the alarm, and couldn’t immediately get it off. His sad solitude was exacerbated by the fact that this is a show about family. Bravermans should never be alone, because there are so many of them. If I can feel moved by a Zeek scene, anything is possible on Parenthood.

I think this season is going to rebound.

I need this season to rebound.