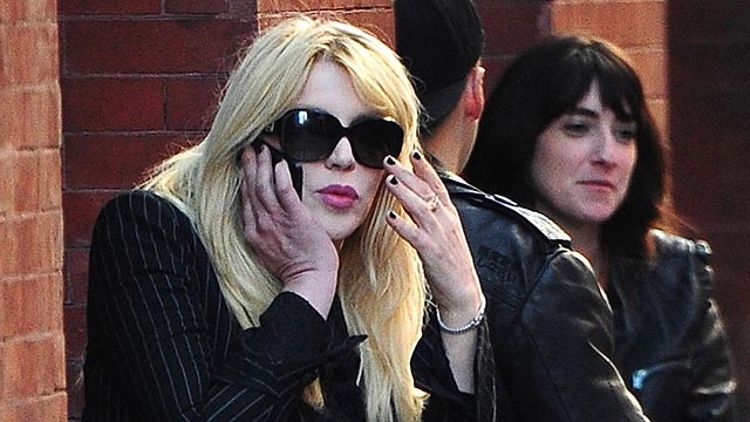 One thing that has always been great about Courtney Love is her lifelong insistence that talented women can score really hot guys who might otherwise be way the hell out of their league. And whatever you may think about Ms. Love, it has always been undeniable that her game is air-fucking-tight. It’s a given that male rock stars will fuck models and beautiful actresses even if they themselves happen to look as busted as Gene Simmons. But why bother being a rock star, male or female, if you can’t up the quality of strange you get? Love always seemed more interested in fellow artists than groupie types, but a lot of them were just as interested back. Maybe it’s her ability to charm with anecdotes, or a possession of the kind of coolness that enhances looks. It could also be that she always has the best drugs, but she also has jokes! Don’t underestimate jokes.

Here are just a few of Love’s conquests: Gavin Rossdale, Dave Navarro, Trent Reznor, Edward Norton, Steve Coogan, and, of course, Kurt Cobain. Sure, they haven’t all been babes. (She told Howard Stern that she blew Ted Nugent when she was 12.) But she has refined her instincts since then, and is always vocal about letting the world know who’s on her bedroom wish list. She’s also the original Taylor Swift in terms of airing out who was good and who was disappointing. Remember when she said of Reznor, “more like three-inch nails”? Such a harsh burn. Love credits her lack of traditional good looks with her sexual prowess. She’s been quoted as saying, “I’m better because I was never pretty. Pretty girls just lie there. Us girls who grew up a little more homely have to try a lot harder.”

One thing that helps draw guys to Love lately? The promise of playing her dead husband in a biopic. This month she told Fashion, “I still get hit on by guys because they want to be cast in that Kurt Cobain biopic that’s been in production for years.” Yes, you have to take everything Love says with about a cup of salt, but it’s not hard to believe that some actors might try to take advantage of Love’s casting couch. Love has hinted that she is referring specifically to Jared Leto, who has Cobain’s piercing blue eyes and absolutely none of his musical talent. Love wouldn’t name names but claims her list of would-be Kurt suitors “would blow your mind.” She also said she’s not really interested in young pretty boys anymore, saying, “I am so not sleeping with someone under 38.” Famous last words, Court. Charlie Hunnam needs a job!

The Parenthood Cry of the Week: Weeping (With Relief) Over Amber and Ryan's Doomed Love