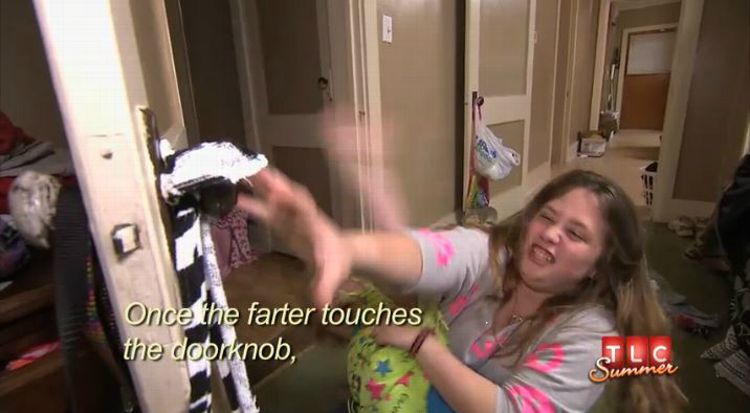 Fracking, also known as a hydraulic fracturing, is a controversial practice in the United States. In order to reinvigorate our country’s natural gas production, companies have started to inject millions of gallons of water, sand, and potentially harmful chemicals underground with the purpose of “fracturing” the rock surrounding an oil or gas well. While this process has stimulated the economy of frack-friendly communities, the long-term environmental effects are unknown. We could be dealing with contaminated water sources, unfarmable land, and unclean air.

If you really think about it, fracking is similar to farting. The current American diet is centered on binge-eating potentially hazardous food, injecting pounds of unnatural and processed foods into our bodies every day. Over time, everyone gains weight, and every day becomes a series of farts as our insides struggle to handle the fatty, oily, fried, carby foods that our body craves. There’s a never-ending war in our stomachs, and the fart is the disgusting reminder of potentially larger problems with the American diet.

It is no surprise that the fart is the defining action of Here Comes Honey Boo Boo. Even the introduction before every episode contains a mysterious fart, causing the family to argue about its source. All members of the family freely fart whether they are at home or in public, and they seem to get a thrill out of the sound and the smell of each fart. Some have harshly criticized the amount of farting allowed during the show, saying that the portrayal of the family as excessive farters is anything from simply disgusting to unfair. We assume they all have the same diet and struggle to control their eating habits, making it impossible to control the emission of gas from their own bodies.

Honey Boo Boo might be the only show bold enough to take on the controversial issue of fracking. While the fart is a metaphor for the environmental repercussions of fracking, we still don’t actually know if fracking is environmentally hazardous. Similarly, we don’t know if a fart could be caused by lactose intolerance, a fibrous diet, or the consumption of healthy legumes. Each time a character farts, don’t focus on the immediate lewdness often associated with farting. Instead, reflect on the still unproven consequences of the American diet and fracking.

In this episode of Honey Boo Boo, we learn that Sugar Bear and June met in an Internet chat room, representing the evolution of relationship hunting in the digital age. Curated serendipity is a billion-dollar industry that has somewhat marginalized the human relationship. June says the purpose of the chat room was to hook up with a nearby local. However, Sugar Bear had found the love of his life, and it probably helped that he is a self-proclaimed “Chubby Chaser.” It is refreshing to know that this relationship overcame the normalization of hookup culture in America. Twentysomething sexual promiscuity is often celebrated in the digital age and even further marginalized on age-specific television programs. June and Sugar Bear prove that “traditional values” are representative of an inherent human need as opposed to being something for generations to rebel against.

June doesn’t believe in marriage, but caves and agrees to the idea of having a commitment ceremony. This continues Honey Boo Boo’s ongoing dedication to spreading the message of tolerance and acceptance. Commitment ceremonies are often held by gay couples in states that do not allow same-sex marriages. Their decision to participate in a commitment ceremony deconstructs the flawed concept of marriage. In reality it is only a contract in the eyes of the law or a misogynistic relationship in the eyes of the church. After the debut of homosexual Uncle Poodle last season, the family has widely been trumpeted as a leader for gay rights in the traditionally intolerant South. They are breaking stereotypes of ruralites as simple, hateful, and xenophobic.

The majority of this week’s programming block is dedicated to “wedding planning” for the commitment ceremony. Wedding planning is challenging for most lower- to middle-class couples looking to curate a day that celebrates themselves. June states she would like to keep the budget less than $1,500. When they go to a wedding planner, they are laughed right out of the room. Despite having inexpensive tastes, the commitment ceremony costs will add up quickly. Scaling an event for even a limited amount of people proves difficult for any couple. June insists she will have to take care of the event logistics herself, but perhaps that represents her desire to control the actions of the household.

Young Americans have an inherent desire to get married and personalize the experience on a budget. Everyone wants a special day to not only show off their lives, but also their tastes and sensibilities to their wedding guests. Aging millennials are no longer having million-dollar weddings. Instead, quirks and budget-friendly strategies have widely disrupted a wedding industry that preyed on credit booms to fuel excess. Couples show more of themselves when they find creative ways to present their true tastes and interests. Viewers can’t help but look forward to the quirks of June and Sugar Bear’s wedding.

At the conclusion of the episode, Sugar Bear is hospitalized with pancreatitis and pneumonia. The thought of losing Sugar Bear intensifies June’s connection to him, creating a moment in which she finally understands the importance of the commitment ceremony to formalize his paternal role to the girls. Without Sugar Bear, she would return to being a single mom without a father to her daughters, which she clearly values more than her own relationship with her fiancé. Sugar Bear is often touted as working seven days per week with a constant wad of chewing tobacco under his lip. At 41 years old, he is certainly not the quintessential image of perfect health. The girls often demonstrate a desire to live a healthier life with spells of diet and exercise but never get too far. After Sugar Bear’s health crisis, we are all hoping that the American diet and lifestyle doesn’t take its toll on any member of the family.