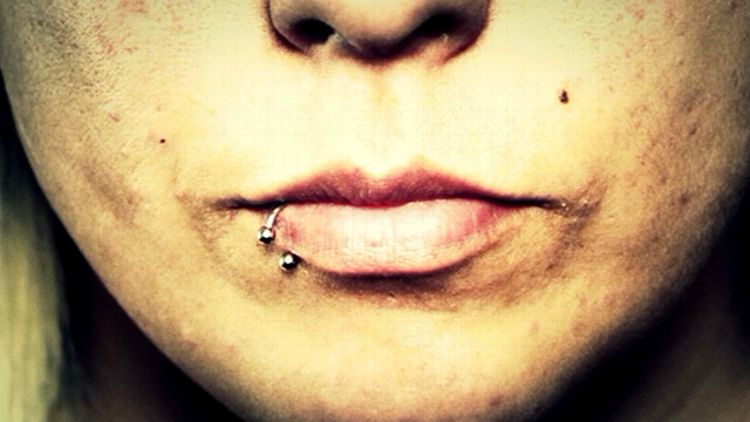 Today on the Girls in Hoodies podcast, Molly, Emily, and I talk about the greatness of Orange Is the New Black, which leads us, inevitably, to a discussion about opening credits. OITNB’s intro was not made with Netflix marathons in mind: fast-forwarding through it can seem like too much of a hassle (especially if you have Apple TV), so it’s best to leave the room for a snack during Episode 3 as you are urged to remember all their faces and remember all their voices yet again. The lyrics are applied literally, directly to the forehead like a smack; the sequence feels lengthy and on-the-nose, which is the opposite of what Orange Is the New Black can boast to be.

It’s like the flip side of the opening for John From Cincinnati, a show of which I have met exactly one fan but which has the introductory credit equivalent of a miniature pony hauling a cart of Prozac: It says, “Get jazzed, because you’re about to take in the spellbinding story of a mysterious retro alien surfer.” It was a lie, of course — John From Cincinnati was not a product that was created with enjoyment in mind — but it showed up and nailed its job for a minute and a half before leaving you stranded for a while in a tidal pool you’d rather not return to.

Sometimes a title sequence exceeds the caliber of the show it introduces, but occasionally it just makes you wish for a remote that had a better relationship with your devices because there’s nothing left in the kitchen to eat, and you’ve done enough time with Regina for one evening. Here’s a selection of just a few of the best show-intro combinations, some of the worst, and a grab bag of the weird and memorable. Your favorites have been omitted deliberately just to annoy you, as always.

There are entire sub-Wikis devoted to The Simpsons’ opener, which besides containing unique elements for each episode (the billboard, chalkboard, sax, and couch gags) has evolved considerably over the years, truncating its length and getting tweaked for HD in Season 20. It inspired live-action adaptations, spoofed Breaking Bad, and took on famous guest directors, including Banksy. It’s informative without being condescending and jammed full of goods without feeling clunky. Danny Elfman’s awe-chords and Springfield’s pristine, floating cumulus clouds promise something incredible, and The Simpsons has delivered on it for the better part of 24 seasons.

Assisted by Nine Inch Nails’s Charlie Clouser, both seasons of American Horror Story featured pants-wettingly scary intros that are almost more frightening than the show itself. The grainy images — human and pig fetuses in jars, old pictures of babies, and that never-fail old chiller, a person on all fours walking backward up the stairs — are chosen to reference specific plot points and come courtesy of Prologue, a title design house with a great résumé. It pushes all the right buttons to prepare you for an AHS event and gets your dread and curiosity centers primed for impact.

I mean, duh. Rod Serling’s voice had so much conviction and authority, even when he was talking about “things and ideas” and illustrating the capabilities of the human mind with a floating “E=mc2” in a funky font. The Twilight Zone was as often silly as it was profound. As a result, some of its worst episodes now seem like fascinating and charming relics of an ancient time, and how better to warn your viewers that you were going to get really weird than with a giant, slow-blinking doll eye and an artist’s figurine flying dinkily across the cosmos? The familiar music didn’t come into play until the second season, when Marius Constant’s arrangement replaced Bernard Hermann’s. There’s nothing wrong with Hermann’s tune, but what we now know as the Twilight Zone theme remains even more important than the Law & Order gavel bonk-bonk noise.

After the intro screened out all the weenies who wouldn’t want Polaris playing in their exaggeratedly suburban backyards, the rest of us were free to chill with Petunia. The opening sequence of Pete & Pete broadcast exactly what lay ahead: steel plates in mom’s skull, preteens with tattoos, grown men vogueing in long johns, and the best and most sincere proto-twee show to ever exist.

Sex and the City

I know it’s brief. I know it’s iconic, even serving as an emblem of the pre-9/11 world, with the twin towers appearing and then being edited out of the opening sequence. I’m aware that this makes it meaningful, and that you will probably disagree with me, but still, I always think Sex and the City deserved a better intro than this. Mostly because the people riding the bus that splashes Carrie evaporate mysteriously between shots. Where did they go? I want to believe this is somehow intentional, an artistic choice — a comment on this surreal New York where people vanish when they see you, mortified in a wet tank top, perhaps. But then I’m left wanting even more interpretive imagery — sci-fi three-breasted sex goddess Samantha Jones, Charlotte wishing Trey away to the cornfield — and I’ll never get it. What an empty promise, a tease. The cruelest tutu.

The tone of Grey’s Anatomy and its intro are humming different melodies entirely. Plus the title sequence lacks staying power: After the fourth or fifth time the IV drip turns into a martini, you feel yourself wanting to unzip your veins like a pair of Levi’s.

Regardless of how you feel about Entourage after the Jane’s Addiction finally quits, you have to admit that for an opener that chooses style over substance, we could have done better than this: Ahhh. Driving slowly down the strip in a convertible, no one talking or laughing, everyone sitting very still while watching the feet of blurry pedestrians and blinking neon signs drift by. It’s a Monday dressed up as a Friday. But it’s still not as bad as …

Oh no, officer! Those lesbians have entered the gentlemen’s restroom! Opening sequences shouldn’t look like ads for combination luxury condominiums and low-budget photo booth caves. The L Word intro gained its claim to infamy, a theme song by a group called Betty that makes your ears want to run off your head, in its second season. With lyrics like “chicks driving fast/ingenues with long lashes,” the song wasn’t the only bad part about the intro, but it was definitely the worst part.

Some intros have downright Proustian effects. Occasionally they weather time better than the actual series, packing a swift and debilitating emotional punch years, even decades, after you first encountered them. They can become emblematic not only of the shows they belong to, but of our experience as a viewers. Maybe the bad ones grow on you after a while, when you’ve come to love what follows them and can regard these scenes as homely, snaggle-toothed dogs with nice personalities underneath the mats and burrs. They’re triggers, prompting your memory to access all of the relevant information from a fictional universe you’ll need to follow the plot this week; after you give up your weekly relationships with Brenda and Brandon and Angela and Rayanne and all the rest, all that remains is recalling yourself at a certain age, staring into a glowing box. Opening sequences are what we internalize from television, the minerals we store deep within ourselves long after we’ve digested everything else.

The Bridge Season 1, Episode 4: 'Maria of the Desert' Shakes Things Up