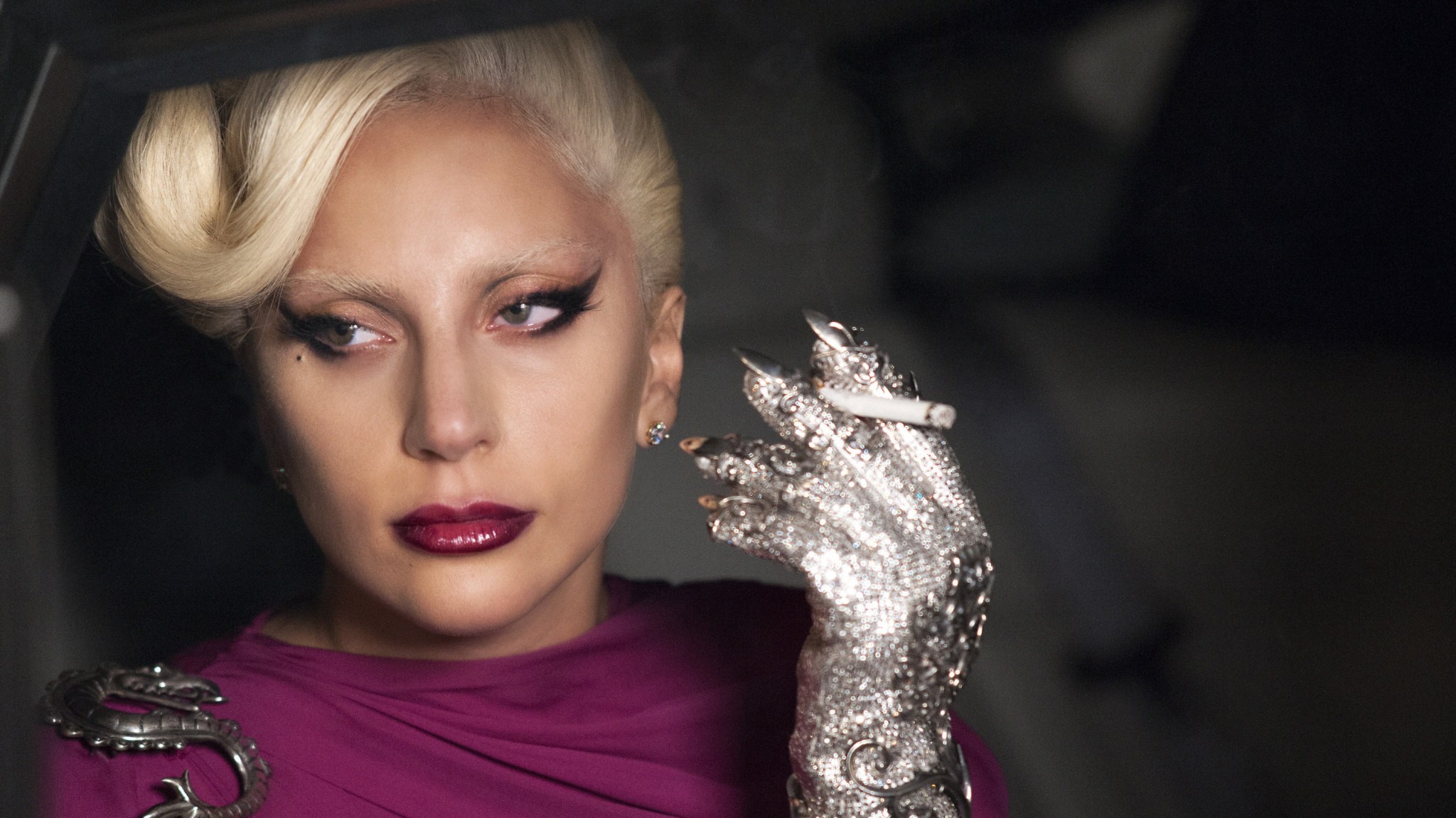 Last night’s premiere of American Horror Story: Hotel, the fifth installment of the seasonal anthology series, features a man in a full-body, skinlike gimp suit (or maybe it’s just fully coated skin or scabs; mainly, the point is that it looks really gross) raping a bleached-blonde junkie (New Girl’s Max Greenfield) with a codpiece that is, essentially, a giant metal drill bit.

There’s no context — Greenfield’s character was introduced to the show maybe 45 seconds earlier, and we’ve never seen this year’s gimp — but it’s presented to be as repulsive as possible, with quick, action-movie editing, shot in part from above in between close-ups of Greenfield’s boyish face writhing in pain. I haven’t reacted this strongly to something on TV in a while (which is, I suppose, the point). It’s sickening and pointless, yet another instance of TV shows using rape to lazily create shock, especially when we don’t know the names of anyone involved. And it’s par for the course for showrunner Ryan Murphy.

Murphy and his American Horror Story cocreator, Brad Falchuk, are two of the most successful people in the TV business right now. They had three shows on air in 2015 (the finally ending Glee and just-beginning Scream Queens in addition to American Horror Story), and another is set to begin next year — American Crime Story, an American Horror Story spinoff (or colony, maybe) in which Cuba Gooding Jr. will play O.J. Simpson in a much higher-budget version of an Unsolved Mysteries dramatic reenactment.

Successful television is exceedingly rare — consider the number of shows that start as already-doomed runs, then the pilots that never made it to series, the ordered scripts, and finally the ideas that stoned college students totally think would make for hilarious sitcoms, and it’s a wonder that anything makes it to syndication at all. So it’s unsurprising that, for most of the history of the medium, whenever something worked, it was played out endlessly until it collapsed from fatigue and embarrassment. Friends stretched the Ross-Rachel relationship for almost a decade; the various incarnations of the Law & Order franchise ran, practically unchanged, for years; and late-night television is still somehow beholden to formats cemented by a young Johnny Carson.

Increasingly, this model has shifted, as writers are forced to do more work to retain audience interest when consistent excellence may no longer be enough. Game of Thrones thrives on its big moments, the ones that come the closest to sparking whatever the “watercooler” experience was supposed to be. Cookie Lyon drip-drops venom in lines that feel like they were written explicitly with Twitter character counts in mind. And the past few years have seen the rise of the seasonal anthology, a natural unit of storytelling when an episode isn’t long enough to get anyone invested in characters and 10 seasons is a task so daunting it’s attempted only by people in the midst of serious depression or couples in winter.

Enter Murphy, a writer and producer who has never been able to stick with anything longer than … wait, is there a cool new sex toy over there? Sorry, I got distracted.

Starting with the booze-soaked Nip/Tuck, in which the human body became a playground for all manner of debauched behavior, surgery, and smirks from Julian McMahon, Murphy has aggressively pursued televisual insanity and just as aggressively ignored consistency or “sense.” You watch Murphy shows in brief fits of joy and confusion, then wake up deeply pained and confused. Naturally, he’s been largely responsible for the rise (or return) of the anthology, a perfect format for his attention span.

Murphy has been rewarded, in part, because he understands the power and possibility of television as a weekly ritual, a collective hallucination, instead of an extended artwork. But by now, on the fifth season of American Horror Story (and with a relatively tepid reception for Scream Queens), Murphy’s relentless self-cannibalization has turned that very flexibility into something staid and boring. Within the first few minutes of the season, a couple is found, half-murdered and forced to fuck to death or something. The opening credits flash the Ten Commandments in neon lights. It’s a Se7en ripoff, everyone!

The beginning of Hotel is full of images and lines that, described plainly, sound like they should be interesting, or at least crazy enough to watch, but instead they simply frustrate the viewer. Kathy Bates calls two women “dumb Swedish meatballs,” which is funny because it’s Kathy Bates saying “dumb Swedish meatballs” and maybe we have been to Ikea before. Lady Gaga oversees a room full of creepy children who appear to have been rubbed down with chalk and are playing giant, wall-size games of Tetris for no reason. Denis O’Hare, by far the most striking part of the season so far, plays a cross-dressing attendant named Liz Taylor. Bates throws Sarah Paulson out a window before “Hotel California” plays, signaling that the writers and producers have run out of fresh ideas by the end of the first episode. (It’s possible that producing 12-plus hours of insane, soapy, and legitimately good horror is actually an impossible task for one writing staff.)

Coming up with these kinds of ebbs and flows in attention is as easy as starting a sentence with “What if we,” but executing them with some level of artistry is hard (goodbye, sweet Hannibal). Murphy has perfected an understanding of television as a mere projection of images, but we wouldn’t spend so much time thinking about him if there were no chance of TV being something more. It would be legitimately transgressive at this point for Murphy to try making art.