Adam McKay Is Going to Direct a Drama 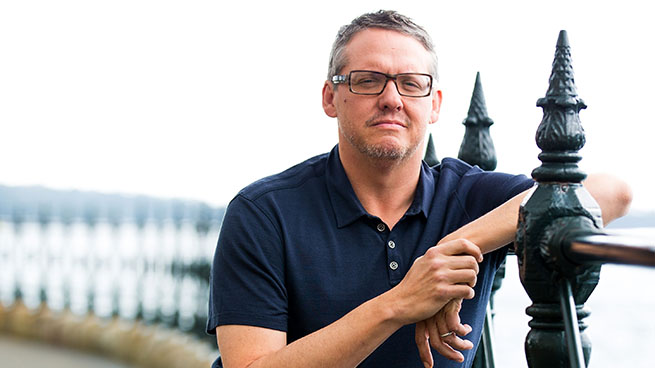 The non–Will Ferrell half of Gary Sanchez Productions is about to swerve from Anchorman 2 to The Big Short, a — wait for it — financial drama. McKay wrote the script, and Brad Pitt’s Plan B will produce. The film is based on a 2011 nonfiction book about “the bond and real estate derivative markets where geeks invent impenetrable securities to profit from the misery of lower — and middle — class Americans who can’t pay their debts.” Variety reminds us that McKay’s The Other Guys touched on financial corruption back in 2010, but this is still a huuuge departure for the dude who directed Ferrell putting his balls on John C. Reilly’s drum set.

A man named Joe Sabia spent a year and a half building The Office Time Machine, which catalogs 1,300 of the show’s pop culture references by year and gives each year a YouTube montage. AND it’s all searchable. Ginormous round of applause, everyone. (And here’s an example video.)

Alfre Woodard will play the president of the United States in Katherine Heigl’s NBC drama pilot State of Affairs.

Sounds like a new Cheech & Chong movie is on the horHIGGGHHHHzon.

Jay Z heard Drake’s art-rap dis in Rolling Stone (“It’s like Hov can’t drop bars these days without at least four art references! I would love to collect at some point, but I think the whole rap/art world thing is getting kind of corny”) and responded to it on a remix of Drake’s own “We Made It.” (Alongside Jay Electronica, which, sweet.) Hov also drops rap’s first known Lupita Nyong’o reference. [via]

Season 4 of American Horror Story, the carnival one, will be subtitled Freak Show.

Ellen Page is in talks to play John Belushi’s wife in the Emile Hirsch–starring biopic.

And these are supposedly the final teasers for Game of Thrones Season 4.

The Spice Girls and the Backstreet Boys Might Tour Together