The Spice Girls and the Backstreet Boys Might Tour Together 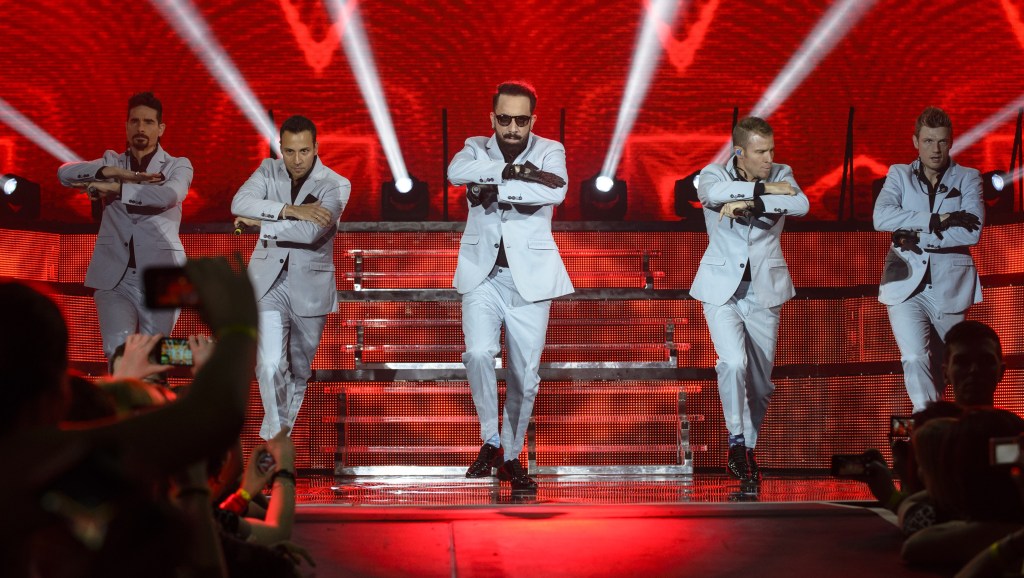 We all know the dream of the ’90s is alive in Portland — but what if it were alive everywhere, with TRL-worthy choreography and arena-combusting sing-alongs to “I Want It That Way” and “2 Become 1”?

It might be. Soon. For better or for worse. “We are actually in early talks about maybe doing a world tour together with the Spice Girls,” Brian Littrell of the Backstreet Boys tells British newspaper the Sun. (There’s a paywall.) The Sun can skew pretty hard toward the tabloid side of things, but does anything about this rumor seem especially unlikely? The Backstreet Boys — who’ve actually never been inactive and have released eight studio albums to date — are already in the middle of a yearlong 20th anniversary tour. Meanwhile, it’s also the Spice Girls’ 20th anniversary, and Mel B recently told MTV she was “hoping we do get together and do something” and that it would be “a shame if we didn’t.”

This has the potential to be the Watch the Throne Tour of 1990s nostalgia. Someone on YouTube already started doing the legwork to ensure this thing’s as collaborative as possible, rather than just a Backstreet Boys show tacked on to a Spice Girls show or vice versa.

As with any potential Spice Girls/Backstreet Boys mega-tour, though, there are hurdles. A few months ago, the Backstreet Boys told Yahoo! U.K. the Spice Girls rumor didn’t have substance. Then Kevin jumped out and said “it was an idea a while back and … we’ll see what happens.” Victoria Beckham isn’t so into the prospect of resuming her alter ego, telling Vogue Paris in late 2013: “I realized it was finished for good in 2008, when we reformed for our reunion tour. It should have been the best moment of my life, but I just wanted to be elsewhere. It wasn’t a lack of respect for the girls or the audience, but the passion just wasn’t there.” Then, this January, to Vanity Fair’s Italian and Spanish outposts: “I won’t ever do it again. … Sometimes you’ve got to know when it’s time to leave the party.” Not precisely clear why leaving the party comes after a super-successful tour and a much-hyped 2012 Olympics appearance, but there are a lot of lyrics to “Wannabe” and maybe Posh is just ready to set that part of her brain free.

If it doesn’t work out this time, the Backstreet Boys and/or Spice Girls owe it to themselves and the world and the ghost of TRL to spend the next few years planning something concrete with Britney Spears and/or ’N Sync and/or Limp Bizkit and/or Michelle Branch.

Adam McKay Is Going to Direct a Drama