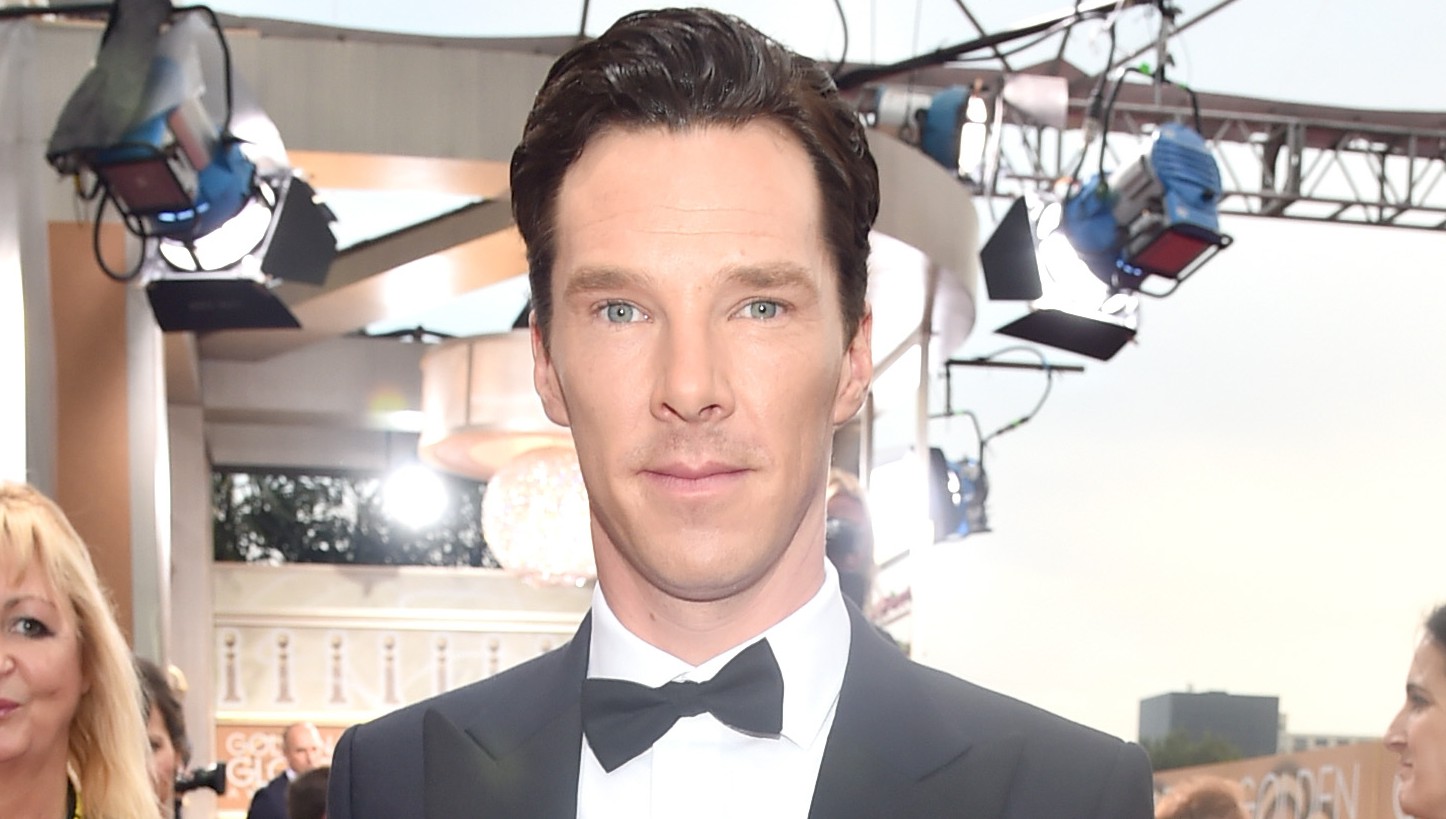 Most Proud Luddite: Says Hans Zimmer, who copped yet another Best Original Score nod: “Without a shadow of doubt, the score for INTERSTELLAR was Chris and I at our most collaborative. Even in this modern world of texting and emailing, sometimes all you need is a simple, type-written letter from your director to spark what undoubtedly became one of the most personal scores I’ve ever written.” And so the lesson is, SET YOUR PHONES ON FIRE SMASH UP YOUR IMACS TYPE A GODDAMNED LETTER EVERY ONCE IN A WHILE, OK??

Most Shine-Blocker-y: Her husband, John Legend, got a nod for Best Song, for “Glory” from Selma. So what? Chrissy Teigen did some shit this week, too.

All of our Oscar coverage!
Most Effective Cutesiness: Generally, the “bleeping yourself” thing is annoying, but we can probably all agree that Emma Stone — nominated for Best Supporting Actress for Birdman — pulls it off. “Well, this is surreal,” she wrote in a statement. “I am so f​​-​-​-ing excited. Are you allowed to say f​-​-​- when you’re making a statement for the Oscars? I’m just really f​​-​-​-ing excited.” By the way: Between Stone and Jonah Hill, that’s three collective nominations for the cast of Superbad. Christopher Mintz-Plasse, step your game up.

Most Sensible: “The most fun is being in a room with all the people I’m in the room with,” J.K. Simmons, nominated for Best Supporting Actor in Whiplash, said. “I … met Bill Murray at the Golden Globes.”

Most British: “I am knocked for six by this,” says The Imitation Game’s Benedict Cumberbatch, nominated for Best Actor. “So excited and honoured to receive this recognition. It’s wonderful to be included by the Academy in this exceptional year of performances. To ring my parents who are both actors and tell them that their only son has been nominated for an Oscar is one of the proudest moments of my life.” Knocked for six is a cricket term. To ring is what you do with a telephone in the British Isles (no, not send nudes. The other thing you do with a telephone). Honoured is like honored but with a free extra u. All lovely Britishisms. All perhaps unnecessary when your name is Benedict Cumberbatch.

Most Sincere: “I never thought Paranormal Activity would one day lead to an Oscar nomination,” says Jason Blum, producer of Whiplash. This seems accurate! Blum probably, truly didn’t think his career in low-budget horror would one day evolve into an Oscar-nominated affair. Thank you for your sincerity, Jason. We see so precious little of it these days.

Most Pandering to the Grantland Demographic: “For us, it’s almost too good to be true, it’s like Cinderella,” said Ethan Hawke, Best Supporting Actor nominee for Boyhood (which is also up for Best Picture). “Or maybe more appropriate, it’s like an unseeded team making the Final Four.” Presumably he meant “unranked” — even a 16-seed is seeded, Hawke! — but we’ll let it slide. 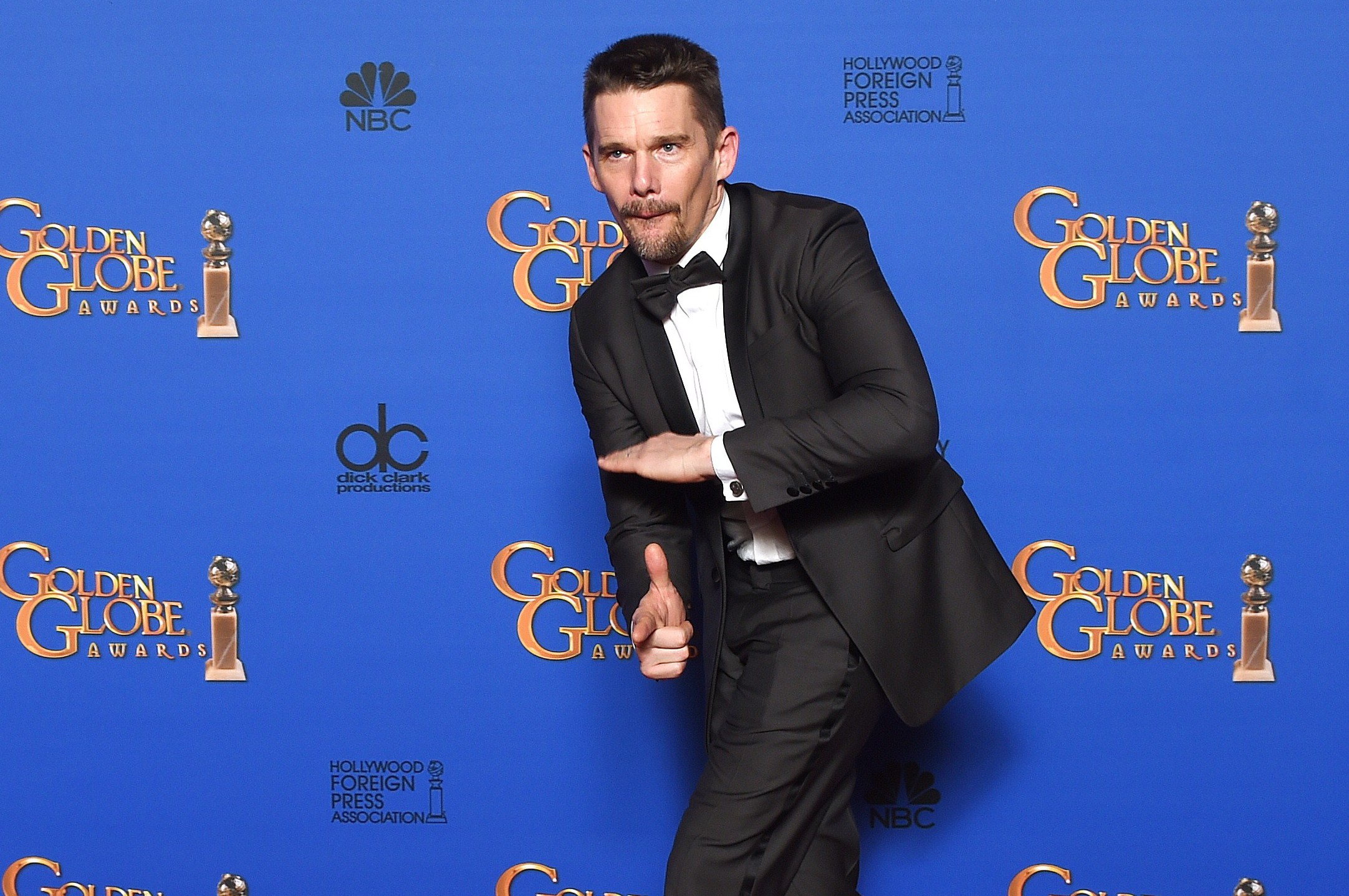 Most Boldfaced Lie: “I cannot tell you how surreal this is,” Eddie Redmayne, up for Best Actor for The Theory of Everything, told GMA. “I’ve literally gone from an incredibly deep sleep to a 100 mile an hour insane euphoria in about three seconds — so I have no idea what planet I’m on.” Mhmm. Mhmm. Yeah. OK, Eddie. You just won the Golden Globe. Nearly everyone was predicting you were gonna grab an Oscar nom. You gonna tell us you were sleeping through the announcements, bro? Really? Really, bro? OK. OK, bro.

Best Evasion of Death: “Today’s nine Oscar nominations for the singularly original Birdman sends a clear message to the filmmakers around the world,” says producer James Skotchdopole. “‘Taking risks while on a creative tightrope (without a net!) can have an incredible outcome!’” Glad those noms came in. Presumably, otherwise, Skotchdopole would have plummeted from the tightrope to his death. “Here lies James Skotchdopole. He maybe should have used a net.”

Most Humble: Mark Ruffalo, Best Supporting Actor nominee for Foxcatcher, had this to tweet:

Thanks to all you folks with so many congratulations tweets. Heart warming support. You are too damn good.

Thank you all for the love! I've had the opportunity to be in 4 films this year that I'm really proud of. That is enough for me. 🌻🌻🌻🌻🌻

… and Phil Lord (codirector of The Lego Movie).

It's okay. Made my own! pic.twitter.com/kgyu1GRHGR

Can we all get Lego Oscars now? Please?!

Most Respectful of Circadian Rhythms: Dan Gilroy, who got a Best Original Screenplay nod for Nightcrawler, chose not to wake up his wife, Nightcrawler star Rene Russo (who was not nominated), to tell her the news. “She’s still sleeping,” he said. “She told me to wake her if there was exciting news but I’m going to give her an extra hour.”

Best Crazy-Person Internal Monologue: Diane Warren, Best Original Song nominee for “Grateful” from Beyond the Lights: “I woke up at 5 a.m. I’m kinda like thinking, it’s so competitive this year of all years, there’s Coldplay, there’s everybody. I got a text saying, ‘Congratulations!’ and I thought, could that be an old text? Oh my God, holy shit, I got nominated! I love it, I think it’s one of my best songs, it’s got a great message. I should listen to it. Why can’t you be more grateful, bitch? You wrote that song!”

Best Shout-out to Soul-Crushing Secret Government Surveillance: Laura Poitras, whose Edward Snowden documentary Citizenfour is up for Best Documentary Feature: “I haven’t talked with [Snowden] since the nomination. I have been in touch with him via encryption, which I don’t have set up here, but hopefully I’ll speak to him soon. But I hope he’s gotten the news.”

Best Hashtag Game: Julianne Moore, Best Actress nominee for Still Alice, is 54 and blowing these teens out of the water when it comes to hashtags. Just straight out of the water.

thank u everyone for the congratulations! i am so happy i can barely breathe #makingmyselfdizzy #AcademyAwards

Best Instant Celebrity: Dick “Dick Poop” Pope, who’s just become the most famous cinematographer in the game, and who appears to be quite fed up.

Dick Pope/Poop told me he was unaware he's a trending topic because he's never been on Twitter. And he'd never join. pic.twitter.com/HTvWCcVEQG

Listen, Does This Sound Familiar? On the Use of Music in ‘Wild’