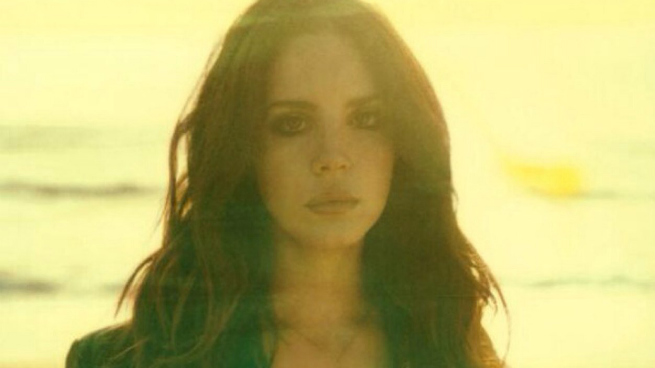 This weekend, Lana Del Rey finally dropped the first single from her upcoming album Ultraviolence, after teasing fans with Sunset Strip billboards and incomplete first couplets. A song that leaked recently, called “Meet Me in the Pale Moonlight,” turned out to be four years old, and Lana promised her new music would sound nothing like any old demos. The result is “West Coast,” a four-and-a-quarter-minute spell produced by Dan Auerbach from the Black Keys. The song deviates from the winning formula Del Rey invented and then burnished with Born to Die and its Paradise edition, without fully shedding her old skin.

As with all Lana songs, the lyrics to “West Coast” are both incredibly specific and obstructively vague, and here their dreamlike quality complements the druggy instrumentation. It’s a logical evolution of her prior sound. Singing about leaving a lover for the Californian promise of fame, Lana sounds more sinister and sensual than ever. (Side note: Is she singing about Megan Draper?) “West Coast” shares musical DNA with a lot of songs that qualify for the highest West Coast title of honor: low-rider oldie. Like Lana’s first breakout song, “Video Games,” it isn’t intended for raging at the clob. It’s meant for swaying on balconies, lounging in beds, and driving real slow. Here are some of the songs I thought about during my first few listens to “West Coast,” all of which got me even more excited about the prospect of Ultraviolence.

The Beatles, “And I Love Her”

“West Coast” steals … er … samples, no … interpolates (that’s it!) the opening riff from the Beatles’ 1964 song “And I Love Her” for the beginning of its slower-tempo second section. “And I Love Her” was authored primarily by Sir Paul McCartney. John Lennon claimed to Playboy that he kicked in the middle eight himself, although Paul disagrees. Lennon and McCartney both did agree that “And I Love Her” functioned as a kind of dry run for “Yesterday,” sharpening Paul’s writing skills as a balladeer. “And I Love Her” is supremely melancholic, particularly for a love song. Lana’s “West Coast” sets up a similar disunity between form and content, another love song that sounds more like a breakup song. I believe it when you say you really do love this person, but why you gotta always sound so sad?

The Turtles, “You Showed Me”

The Turtles are an L.A. band that evolved out of surf rock into a psychedelic pop sound, led vocally by Mark Volman and Howard Kaylan, the amazing weirdos who would later become Flo and Eddie. After their 1967 breakthrough hit “Happy Together,” they released the 1968 album The Turtles Present the Battle of the Bands, on which each song came from a different genre and was credited to a different fictional band. “You Showed Me” is their cover of a song written by Gene Clark and Roger McGuinn of the Byrds, but the Turtles gave it an especially eerie spin. It’s been sampled by Kanye, De La Soul, and U2, and reworked as a cover by Salt-N-Pepa. Eeriness is one of Del Rey’s fortes, and with “West Coast” it looks like she’s moving into full-on psychedelia. That’s just what happens when you move out west. Check out in this video how Volman cracks up Kaylan just by smiling at him (and us).

The laid-back groove and deep-set organ trills of 1967’s “Spooky,” as played by Florida’s Classics IV, are legitimately haunting, and the song gets lodged in your head on a first listen, wedging itself deeper with each repeat.

Soft-rock legends the Carpenters are from Los Angeles, and so is Kim Gordon, who covered their cover of Delaney & Bonnie’s “Superstar” with Sonic Youth for If I Were a Carpenter, an entry in the popular ’90s mini genre of alternative tribute albums. “Superstar,” originally called “Groupie Song,” is a first-person story about a young girl waiting for the rock star she slept with to return. “Superstar” was pretty wild subject matter for the Carpenter siblings, whose public image was very chaste. Sonic Youth plays into, not against, the original’s inherent cheesiness, and gives it a Gen X genderqueer twist by handing Karen’s lonelygirl vocal off to Thurston Moore. While Born to Die–era Lana often displayed a preening “please notice me, Mr. Producer!” energy, the Lana of “West Coast” sounds like a starlet struggling not to become disaffected with show business after feeling her way through a few too many casting-couch sessions, still hoping that big break might be on the horizon.

Self-taught and uncannily skilled at improvisation, L.A. teenager Richard Valenzuela was dubbed “The Little Richard of the Valley” by local fans who sought him out in his hometown of Pacoima. He took the stage name Ritchie Valens and had a huge hit with his reworking of the Mexican folk song “La Bamba.” Valens fused his massive musical knowledge to pioneer what became Chicano rock. Taking influence from R&B, blues, mariachi, and folk music, he accomplished more in his short life than most musicians do in their entire careers. “Donna” is the slow jam in his catalogue, a Buddy Holly–ish ode to a high school girlfriend written in a classic ’50s chord progression.

Lana nods to the huge influence of Latin rock on West Coast music with a couple of lines in Spanish describing the boy who is “crazy y Cubano.” Well intentioned though it may be, Lana does have a pretty serious cultural-appropriation problem. She wore a Native American war bonnet in the video for “Ride” and says she chose the stage name “Lana Del Rey” for its exotic flair after spending time in Miami and speaking Spanish with Cuban friends because it reminded her of “the glamour of the seaside.” For her long-form Tropico video, she cast male extras to play gangbangers, and she did something similar with white-trash bikers in the “Ride” video. Lana is not the first white woman to fetishize Latin men. Madonna practically did a whole album cycle about it. But that doesn’t make it feel any more comfortable, especially when the guy in the video teaser is that same old skinny white male model with the forehead tattoo.

The Doors, “Touch Me”

I’m afraid you cannot tussle with the history of music on the West Coast without eventually grappling with the Doors. Your opinion of the Doors hinges on a lot of other things: whether you think Jim Morrison is sexy or a ham (A: both!), whether all the stoners at your high school loved them (duh), and how you feel about very long organ solos. It took me a really long time to get into the Doors, because they sometimes made me feel embarrassed to my very soul core, mostly because of Jim Morrison. And to be honest, so does Lana Del Rey sometimes. But I came to understand that there is power in making someone feel that way. Jim and Lana both tap into a part of my brain I don’t always like to access, because it makes me feel so vulnerable and weird. It’s the same way I feel when I listen to Nancy Sinatra, or Billy Joel. It feels like camp because it’s so brutally uncool that it becomes … the coolest ever? It’s complex, and I’m still working through it, but “Touch Me” and “West Coast” set off the same receptors in my brain. When you start getting into their loungey sleaze, you might not be able to get back out, and that’s probably actually good for you. I’m this close to buying an “An American Poet” shirt. It’s only when I completely let go of self-consciousness that I can give in to their awesome transcendence. All hail Lana the Lizard Queen!