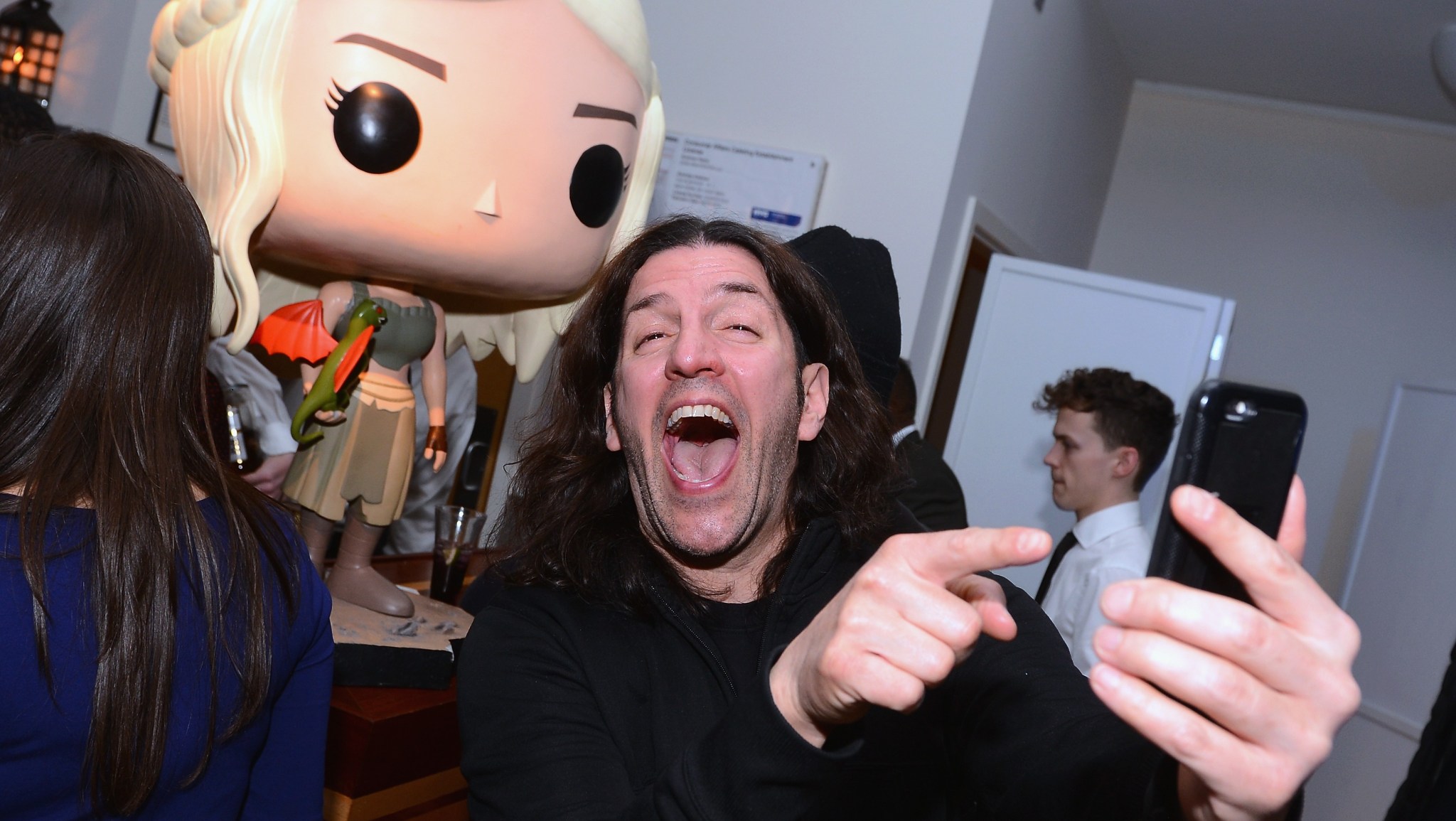 I was at the listening party for Catch the Throne: The Mixtape Vol. 2 last night, when, after cultivating a decent buzz off of two Kingslayers — a cocktail of whiskey, sour mix, and cranberry juice served on the rocks in a Tom Collins glass — I decided to tell Frank Bello, the bass player for Anthrax, about my Ask the Maester column.

I’ll get to that later.

Catch the Throne: The Mixtape Vol. 2, HBO’s second foray into music cross-pollination, expands on last year’s iteration by adding metal artists and a sprinkling of synthtronica to what was previously a purely hip-hop affair. This year’s lineup features, among others, Method Man, Ty Dolla $ign, Talib Kweli, Mastodon, Snoop Dogg, Killswitch Engage, and Anthrax. The record was recently made available for free exclusively on iTunes, with a release to SoundCloud scheduled for March 17.

The listening party was held at the Helen Mills Event Space in Manhattan, a mid-size venue with all the accoutrements necessary for private parties, promotions, and branded special events: hardwood floors, upholstered benches lining the white walls, trays of hors d’oeuvres carried by waitstaff in crisp shirts and tuxedo pants, Wi-Fi, and, crucially, an open bar. At the bar, in addition to the aforementioned Kingslayer cocktail, one could also imbibe the Red Priestess (white rum, lime juice, Campari, simple syrup) and the Valar Morghulis (tequila, grenadine, lime juice, club soda). Jesus Christ preached everlasting life, which is the kind of message that sells itself, and even He understood that sometimes you need to turn water into wine to get people excited.

The space was decked out with suitably Thrones-ian touches. Animal-skin area rugs, tables made out of logs, random wooden chests, faux-candelabras, Greyjoy and Targaryen house banners, a large Funko pop vinyl figure of the Khaleesi, and a replica of the throne of Aegon the Conqueror. 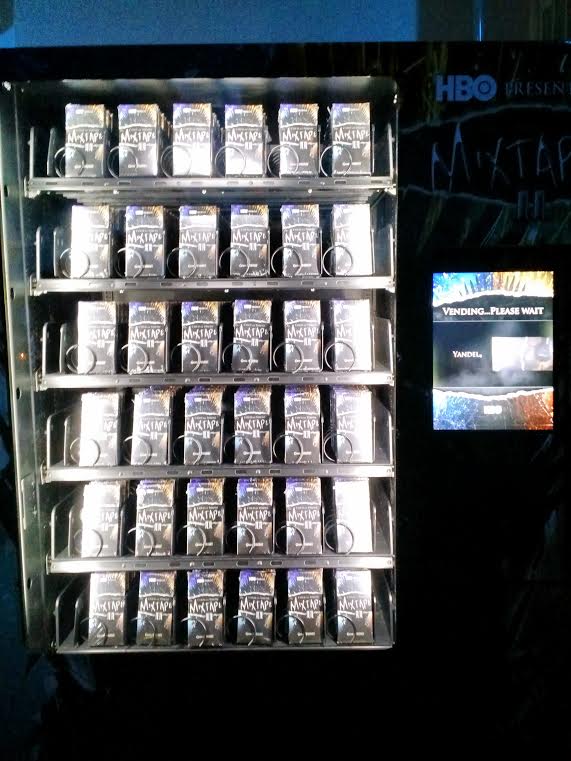 Against a wall opposite the DJ riser was a vending machine stocked with gifts, which were accessible once an attendee tweeted a message that included the hashtags #CatchTheThrone and #got followed by an individualized three-digit number. Once the vending machine saw your tweet, it released your gift, which turned out to be a Catch the Throne iPhone 6 case. I have an Android phone. Yeah. 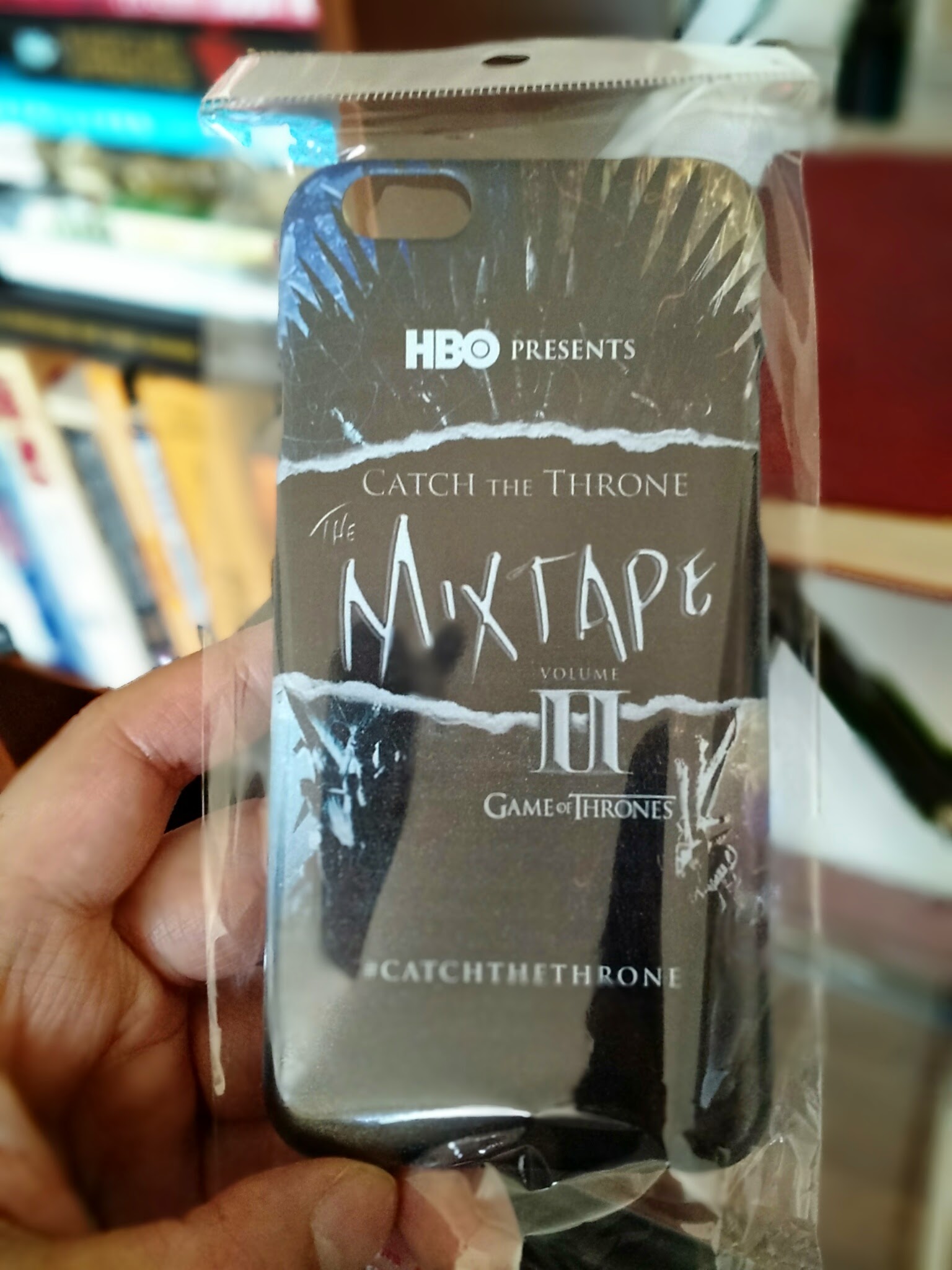 Of the artists attending the listening party, Bello was the person I most wanted to speak to because of Anthrax’s longevity. They stood at the crossroads of hip-hop and rock when it was de rigueur in the mainstream to dismiss rap as either frightening or not truly music. “I’m the Man,” their winking, hard-riffing paean to the Beastie Boys and Sam Kinison, was released in 1987. In 1991, they collaborated with Public Enemy on a cover of PE’s “Bring the Noise.” Now, in the years after Aegon’s Landing, they’re being featured on a record promoting the biggest show on television. How did they get here?

“We’re diehards for the show,” Bello told me in his New Yawk–tinged accent. An exuberant conversationalist, clad in a black fleece and jeans and with an impressively leonine shock of brown hair, he was like the cool metal-dad. “When I see a show get hyped up, I usually stay away, you know what I mean? But then I keep hearing the talk about it on the tour bus. Scott and Charlie1 were already [into] the show. I’m starting to get interested just hearing what they’re saying. Does that happen?! That can’t happen. Long story short, I became addicted.

“As it turns out, Scott is friends with D.B. Weiss,” Bello continued. “He’s a huge metal fan and the best guy in the world. A huge sweetheart. We were over in Northern Ireland, and he gives us a full-on tour of the studios. They gave us the best tour ever, of the whole soundstage. It’s one of the perks that you never think would happen. It’s like being a kid in a toy store. I took so many pictures, it’s ridiculous. They gave us full access. And you know what happens? You start visualizing what happened. Especially when you get on the throne. Wow. We all sat on the throne. It was just an incredible experience.

“They gave us a whole weapon tour. They let us handle some of the actual weaponry that they use on the show. Dude, the sword. I’m not kidding when I say I couldn’t lift it. [Holds his hands together in front of him as if struggling with a two-handed broadsword.] You feel like a weakling, right? The weapon manager — really great dude; big dude — he’s goes, ‘Try this one on.’ I’m like [Gesticulates more dramatically, then leans into my recorder.], you guys can’t see what I’m doing, but I’m pretending to swing a sword. We got to see all their props. I’m bringing myself back there now, because it was such a great experience.

“And then, on the way out,” Bello went on. “They had a new cast member that I don’t know this year. I saw her working with the sword, but I don’t know who it is. I was jonesing; I was thinking, I gotta get down there and get a picture. She was working diligently on the moves. It was so cool just to see how intense the workout was. She was so intent on getting everything right.”

I began to plot how to plug my column. I take a quick swig of Kingslayer to boost my courage.

I asked him if Anthrax’s mixtape song, “Soror Irrumator,” was written specifically for the project.

“We had the song,” Bello said. “The lyrics weren’t written yet. We had the music. They came to us asking for a song. It was obvious. We said, ‘We know the one.’ But the lyrics had to be written for it. And then Scott, who writes our lyrics, he did a great job. And it really worked out nicely. What I’m really excited about is — they like it.

“My thing is trying to keep up, and learning new cast members, old cast members … my mind is all over the place. I’m still learning,” he said. “Because I’m a Johnny-come-lately on this stuff, so I don’t necessarily have all the knowledge. Scott and Charlie, they know, because they’ve been watching it since the beginning. I still have to rewind to keep up with some of these things.”

There was my opening, and buoyed by Kingslayers, I charged into the breach.

“I have a column on Grantland.com that comes out on Tuesdays when the show is on the air,” I told him. “It’s basically … I explain all the characters, how they relate to each other … So you know, what does this person want, who is this guy … so, like, I think it could help you catch up.”

We took out our phones to trade emails. Bello looked at my recently upgraded weirdo-phone and asked, “How do you like that thing?” I’m ambivalent about it, to tell the truth. And that was before being duped by a sentient PR vending machine into selling out the sanctity of my Twitter feed for a small piece of plastic.

I shrugged, fingers fumbling under the influence of Kingslayers around my strange new phone. I emailed him a link to my columns, thanked him for his time, and flitted into the crowd over by the throne. DJ D-Nice was spinning, peppering tracks with shout-outs like, “HBO! Game of Thrones! C’mon!”
An HBO marketing exec made a few remarks about how hard it was to top last year’s mixtape. Melanie Fiona took the mic to perform her track on Catch the Thrones Vol. 2, “Fight Through It.”

My phone buzzed to life.

It’s a message from Frank. We’ll keep in touch.

Of course we will.

Filed Under: We Went there, TV, Game of Thrones, HBO, Frank Bello, Anthrax, catch the throne