The Americans Season 1, Episode 4: ‘In Control’ 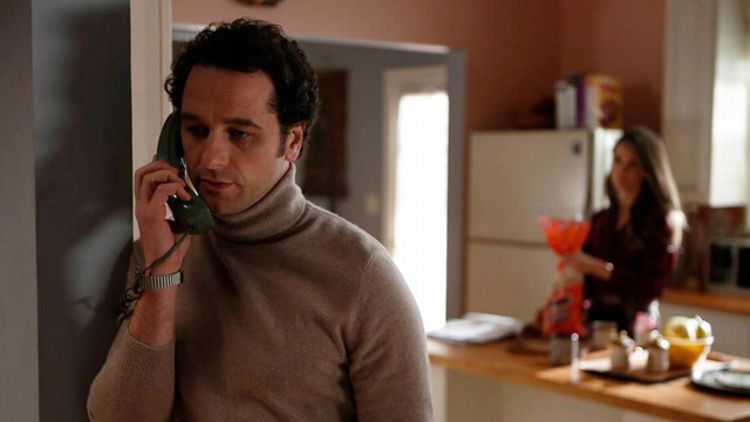 Period pieces on television tend to go one of two ways. At their best, as on Mad Men, history is merely a highly stylized window through which to observe characters very much like ourselves in situations hauntingly similar to our own. Historical events serve as window dressing: background noise there to mark the time between the more intimate interactions on display. Tweak the haircuts and extinguish the cigarettes, and it becomes clear that the window is actually a mirror.

There’s also another, lesser way for TV shows to travel back in time. You can see it on also-rans like Magic City and Copper, where the setting is merely a convenient excuse for bad behavior and lazier plotting. Instead of letting the characters suggest story, these shows use actual events like the track on a boozy, violent ride at Epcot. The stakes are low and the risks are lower because we already know where we’re headed.

“In Control,” last night’s typically taut episode of The Americans, did much to assure me that the freshman series falls very much in the former camp. The attempted assassination of Ronald Reagan wasn’t merely an excuse to gin up some external excitement for our suburban true believers. The events of March 30, 1981, made for gripping television precisely because of the insight they provided into people we’ve only just met, not into facts we already know. There was something bracing about the chaotic rush experienced by both the Jenningses and the FBI, the highly adrenalized hours familiar to anyone lucky/cursed enough to live through history’s first draft. Although the two groups were ostensibly at cross-purposes, I felt like this was the first episode of The Americans to deal with a very real, dramatically underrepresented aspect of the Cold War: the way both sides, more often than not, were playing defense simultaneously, caught in a deadly game of brinksmanship, hoping very much that someone — anyone! — would break the ice and blink.

At least John Hinckley had the decency to wait until Philip and Elizabeth’s afternoon delight was finished before making his run at the Gipper. It was both predictable and sexy the way the two fake-marrieds so rigorously and furtively scheduled a secret, midday assignation in a terribly wallpapered hotel. In a perversely romantic way, this was the Jenningses initiating an affair with each other. They’re cheating on their past selves and, in ways I expect they’ve yet to realize, on their borscht-slurping masters, too. The more Philip and Elizabeth get in bed with each other — in all senses — the more their particular union takes precedence over the Soviet one. I’m reminded of the creepy, pointed way Margo Martindale’s Claudia introduced herself a week ago by commenting on Paige’s appearance. In retrospect, Claudia’s admiration reminded me of the way a less murderous person might comment on an especially large pothole or jumbo mosquito; like she was talking about something in the way. The happy family veneer may be losing its artificiality, but to the Kremlin it remains an extravagant set, ready and waiting to be struck.

But before the Jenningses make like Warsaw and form a pact, there’s business at hand. The pre-cellphone confusion of the era seems to ratchet up nearly everything in the hours after the shots are fired: passions, tensions, and hysteria in both hemispheres. In direct contrast to today’s Twitter cacophony, all information about the shooting was valuable because there was so precious little of it. In this manic vacuum, we learn for the first time that Directorate S isn’t just about planting Russian bears in the American woods: There are weapons buried there, too, and crazy guerrilla warfare plots that would have been laughed at by even the most ardent, tinfoil-hat-wearing separatist. Philip and Elizabeth’s world got deep last week with the introduction of Gregory. Now we meet another fascinating sympathizer: Charles, a chain-smoking, formerly pinko academic currently fooling the chattering classes with his conversion to staunch conservatism. (Total fiction, this show!) I loved the way Reg Rogers played the part with such louche, Hitchens-esque abandon; four episodes in and The Americans is already spoiling us with supporting players. It’s not clear how deep this bench of secretly Commie contacts goes, but between the basement switchboard, the trunk full of TNT, and the confident swagger with which Philip sighted down the doorway to the Secretary of Defense’s mansion, it’s quite clear that their little sleeper cell could do significant damage, should the alarm clock ever ring to wake them up.

What “In Control” communicated so brilliantly was their wavering commitment toward answering the call. At least for one of them. The loyalty gap between Philip and Elizabeth, so prominent in the pilot, yawned wide again for the bulk of the episode. (This tenacious refusal to give up on the past — things we’ve seen and even things that were established before the series began — is a hallmark of all great shows. It’s thrilling to see Joe Weisberg already rewarding our investment and suggesting an even greater return on it still to come.) While Philip sneered at the overreactions of those not on the ground and tried to extinguish fires, Elizabeth — lost in memories of her stoic mother and cleverly manipulated by Claudia with her wistful remembrance of trench warfare outside Stalingrad — seems all too eager to start them. “I think the Americans are capable of anything,” she yells. “Do you listen to what they say about us?” “Do you listen to yourself when you talk about them?” Philip counters. But she threads the needle and then jabs him with it: “You think you understand things so much better than I do. Why? Because you look good in an American suit? Because everybody loves talking to you? Because you think like the kids do?”

But the thing is, Philip does understand something key to the American people — though, if you think about it, it’s not all that much different than what Sting figured out about the Russians in that terrible song of his: Nobody wants to end the world, not when there are children still alive deserving of a chance to try and do a better job of running it. When Elizabeth yells about “lies and conspiracies” and shoots an innocent security guard in the head, my first thought was that she’d been binge-watching too many episodes of House of Cards. But really it revealed her to be not just a spy, but a tourist. She truly couldn’t imagine a world when Al Haig was just grandstanding, not leading a radical putsch. It was evident in the blank, nothing way she tried to feign commonality with the Beemans when talk turned to the Kennedy assassination. (“Nothing really felt safe after that.”) Where Stan swaggers through his hectic day with the assurance of a superpower (as he says to a spooked Nina, “I’m the one who does the following”), Elizabeth’s eyes suggest someone who lost the ability to trust long before the Politburo tried to cover up the death of Khrushchev.

But this nuance is precisely where The Americans excels. Every story line hinges on character, and, like Matryoshka dolls, every story line is stacked within another, larger one. Beeman’s cool facade at work turns to ice at home with his patient wife (well-played by Susan Misner). Meanwhile, their son is sparking an oddly courteous friendship with Paige, a burgeoning media critic (“It’s not going to change just because they showed it over and over!”) with a sweetly sentimental view of what her father does for a living. At the end of a thrilling day that, like most in the Jennings household, required the disposal of yet another perfectly good pair of wigs, Elizabeth tried out a role that just weeks ago would have been a stretch: that of the patient, understanding wife. “I’m glad we did it your way this time,” she says, suggesting that Philip might just have a point when he says their job is to “stop” World War III from happening, not to serve as the tip of the nuclear spear. It’s a bigger deal when the afternoon’s hotel intimacy suddenly slides into their actual marriage bed. “I won’t tell if you won’t,” she purrs, lovingly. Here’s to secrets! At once a spy’s vital currency and the stuff that can bring both marriages and empires closer together or blow them irreparably apart.