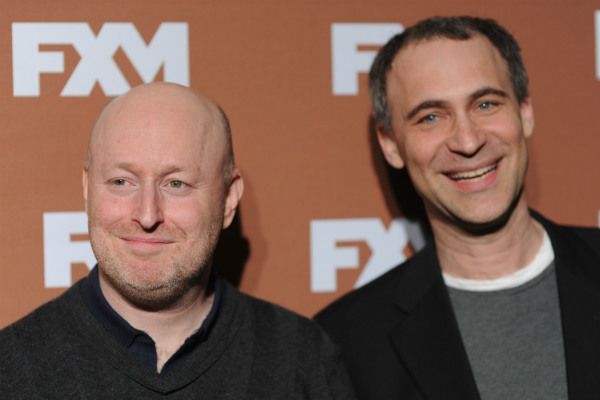 The Cold War may have ended with a clear winner, but you can’t say the same thing about the first season of FX’s The Americans — unless you count the audience, of course. The story of two crazy Communist kids trying to make a marriage work in Reagan’s America — while also attempting to destroy Reagan’s America — The Americans quickly established itself as the best new series of 2013. With one season down and another on the way in early 2014, co-showrunners Joe Weisberg and Joel Fields joined me in a Manhattan studio for a full post-operational debrief. Nothing was redacted and little was confidential, from Joe’s own history as a CIA trainee to the time Joel wouldn’t let either of them eat lunch until a particularly bothersome edit was completed. It was a fascinating conversation; I was surprised to hear how Keri Russell ended up snagging such a surprising role, the real-life reasoning behind Martha and Clark’s fictitious marriage, and, at long last, the true story behind the secret advances in Soviet wig technology. Spasibo, comrades! A glorious future awaits us all!

Listen to the podcast here: ESPN.com Podcenter.
Subscribe to the Grantland Pop Culture podcasts on iTunes, and check out our podcasts page.