The Americans, Season 1, Episode 11: Weaponizing Fear in a ‘Covert War’ 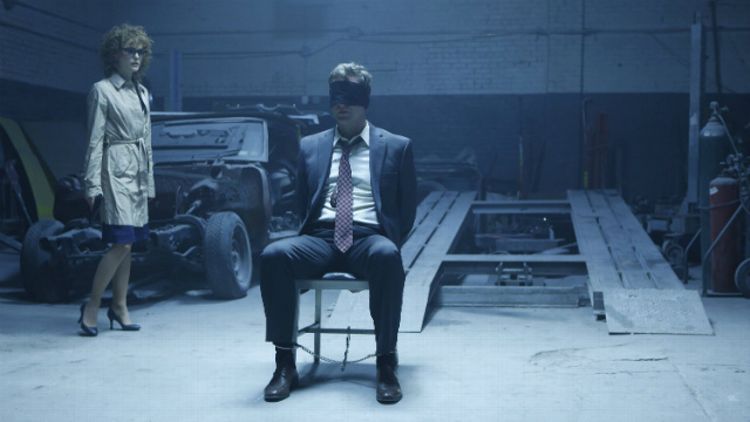 Elizabeth Jennings is a hard character to root for. This alone does not separate her from the baker’s dozen of high-profile cable wives who lurk in the shadows of the Internet’s favorite dramas, funblocking their alpha spouses from all the illicit things they, and the audience, are desperate to see them do. But unlike a chard-sipping scold like Skyler White or an ignorant ingenue like Megan Draper (both of whom ought to be objects of fascination, not message-board scorn, but that’s another recap), Elizabeth is actively involved in The Americans’ derring-do-wrong. We’ve seen her shoot an asset in the head and just plain give it to another. She’s a mother who prioritizes work over family and a wife who fell in love with an employee.

In other words, she behaves in exactly the same way as a beloved generation of “difficult men,” to borrow a phrase from author Brett Martin’s upcoming book on the golden age of television. But while plenty difficult — woe be to those who speak out against the politburo or don’t put their morning bowl of Toastie Bun Buns in the sink before heading to school! — she is assuredly not a man. And I can’t help but wonder if this is part of the struggle I’m sensing from some corners to embrace Elizabeth. Most storytelling, eventually, returns to the clash between who characters are outside of the home and who they are when they return to it. And while cable has consistently pushed the narrative envelope in admirable fashion, it still tends to consider this split in frustratingly reductive ways. The men of Breaking Bad and Mad Men have a license to do their dirt and the free time to wrestle with their decisions because the women are home taking care of the children and otherwise maintaining the quiet, “normal” life that serves as ballast for the badness. Complain about them all you like, but without Skyler, Flynn, and Angel Baby Holly, Walter White is just another criminal with poor choice in undergarments.

Giving a female character — a wife and a mother no less — the room to do terrible things and the depth to be haunted by them afterward is profoundly destabilizing. And, as it turns out, hugely rewarding. In many ways, making Elizabeth an equal partner on the front lines of The Americans’ “Covert War” — to steal the title of last night’s stellar episode — was both the riskiest and best decision made by showrunners Joe Weisberg and Joel Fields. Her actions not only challenge those of us in the audience but everyone around her as well: Watch how Sandra’s eyes burn with jealousy and fear when Elizabeth loses herself on the dance floor, how Philip sadly mutters “good luck” after his wife has already slammed the door, how Claudia never lets Elizabeth out of her sight and never makes a sudden move, the way guides are trained to react to snakes in the wild. Thanks to tough, brilliant writing and an even tougher performance from Keri Russell, Elizabeth Jennings is what holds this wonderful series together even as her very existence continually threatens to blow it all apart.

The flashbacks and freakouts of “Covert War” came at an ideal time in what’s been a remarkable freshman season. It was a final peek behind the iron curtain of The Americans‘ most compelling creation just before the saber rattling reaches fever pitch in the finale, two weeks from now. And while the death of General Zhukov seemed premature — after all, we found out more about the man and his profound love of flowers and dogs after a CIA assassin put a bullet in his brain — it worked for me on two levels. One was procedural: Among the many debts The Americans owes to Homeland is an unsentimental relentlessness in the writers’ room. Just because the show is coming back for another season doesn’t mean Weisberg and Fields are playing it safe or leaving things on the table. But on a story level, it was even more effective. The loss of the good General finally cracked Elizabeth’s brittle exterior like the crust on a crème brûlée. Over the past two weeks she’s lost her father figure and her lover, leaving her with nothing but her husband and herself. And it’s unclear which companion upsets her more. The episode’s most beautiful line fell to Nina, but it could well have been mined directly from Elizabeth’s fevered brain: “I only have fear and you.”

According to Zhukov, it was Elizabeth’s fear that got her recruited, fear that saw her promoted, and fear that brought her to America. Not fear of death or unsupervised playgroups for the children, but fear of surrender. Surrender can take many forms, of course, and very few of them involve waving a white flag. You can surrender your heart and your body or you can surrender yourself to an idea. But consider Gregory’s actions last week: He didn’t give himself up to the police, but he certainly gave in. Surrender can very often just be another word for acceptance. And that above all is what we watched Elizabeth wrestle with last night.

Even when her name was Nadezhda, Elizabeth clung to beliefs that were as firm as her spine: the Soviet Union was a worthy cause, love was a feeling. Zhukov recruited her for these reasons but then spent the remainder of his life nudging her in the opposite direction, away from certainty and toward a more subtle way of looking at the world. Love can very often happen gradually, and the act of caring for others and being cared for in return doesn’t always happen naturally. It can be a war of attrition; it can take time. For Elizabeth to admit these things — that she loves her husband, that giving away a part of herself doesn’t always have to mean what it did that awful day on the floor of the gym all those years ago — would be an act close to treason. When Patterson, the captured CIA “bureaucrat” (and total rockist: sure Pete Townshend is great but let Air Supply live!) said her life “is a lie,” what she heard was the truth: She’s never stopped lying to herself. It’s pretty bad when a man wearing a blindfold can see right through you.

The war may be covert, but Elizabeth’s battle was anything but. I loved the bravery of Russell during the scene in which her own carefully constructed ideology crumbles. “I was out of control,” she sobs with relief, finally admitting the one thing that matters to her more than communism. And I loved how all of the expected roles were reversed around her. While Elizabeth raged and howled, Philip played the part of protector, sweetly caring for their children at the motel — even if it involved rotting their teeth with a vending-machine dinner — and selflessly supporting his rampaging spouse. Similarly, it was Zhukov, the father figure, who was emotional and nurturing while Claudia, the icy face of the Motherland, revealed a depth of manipulative cruelty usually reserved for meth-cooking science teachers.

Or did she? The layers and reversals on The Americans go much deeper than what we see on the screen. I’ve long believed that Grannie had it out for her occasionally married charges, but that doesn’t mean she’s not telling the truth when she speaks of feeling a connection to Elizabeth or says that her would-be protégé/pawn still has “so much to learn.” (This was Margo Martindale’s best work yet on the series. She seems to have found her groove, or at least access to the same icy stillness Noah Emmerich keeps in his trailer.) And while Elizabeth blames Claudia for breaking up her marriage, responsibility is the slipperiest thing of all on The Americans. When Elizabeth railed to Philip about finding “the man responsible” for Zhukov’s death, isn’t she looking right at him? After all, if Philip hadn’t spooned Martha, Amador would still be living and the escalation would have ceased. But Philip was only seeking the solace that Elizabeth had denied him. The case files at FBI headquarters and the Kremlin shouldn’t be filled with suspect photos, just mirrors.

I know Sandra Beeman would agree with me. “There aren’t enough bad guys in the world to explain all your absences,” she railed at her unmoving husband. “The only bad guy here is you, Stan.” Marriages can exist in almost any circumstance and under nearly any set of arbitrary rules. But the one inviolable commitment isn’t fidelity or lowering the toilet seat, it’s presence. It’s a lesson that Elizabeth finally seems to have realized but it may have been too late. The scene at the motel with the thank-you beers and the dozens of unsaid words left frozen in the air like April snow was heartbreaking. Philip took an apartment. Elizabeth took the bus. Zhukov’s wisest advice is more devastating from beyond the grave. “We all die alone, Elizabeth,” he had told her. “Before that we make choices.” Left unspoken was what happens during all the time remaining between the choices and death, those terrifying hours, weeks, or years when one must live with the fallout of bad decisions, and suffer through that regret alone. Nina was right: Without a partner, all that’s left is the fear.

Diddy and Kate Upton's Affair to Forget ... and Other Absurdities From This Week's Tabloids