The Ambivalent Person’s Guide to the Grammys 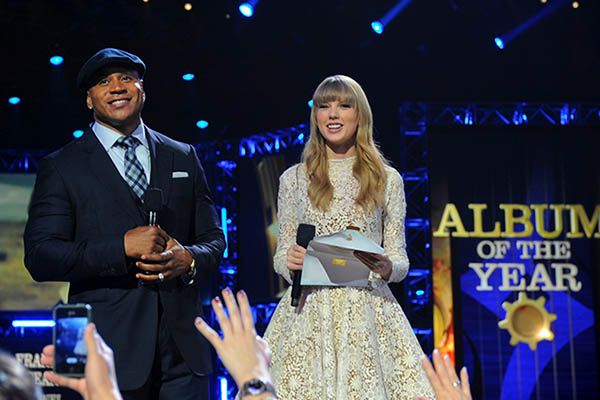 Say you want to care about the Grammys. Say you love music, and also television, and also the packaging of live music entertainment on television. But say that, for whatever reason — the Grammys’ undying inability to fulfill their mission statement of accurately reflecting a harmonious blend of the critically acclaimed and the mass approved usually causes the telecast to devolve into an aggressively disjointed mess, perhaps? Or maybe just a childhood trauma-derived flat affect? — you can’t muster any enthusiasm. Be easy, glass-half-empty person: Grantland’s here to help. We’ve broken down the performers roster, we’ve analyzed the nominees, we’ve scoured the innuendo, and now we’ve got story lines to keep you scintillated and piqued and feeling, maybe for the first time ever, truly alive. Read now, and avoid falling asleep into your Cheesy Poofs on Sunday night.

Great, now that we have your attention — who’ll flout the Grammys’ draconian anti-female-breast nipple regulations? This year, the organization is asking that no nips are slipped. In an endearingly polite, and therefore unintentionally hilarious memo, performers have been asked to “Please be sure that buttocks and female breasts are adequately covered. Thong type costumes are problematic. Please avoid exposing bare fleshy under curves of the buttocks and buttock crack. Bare sides or under curvature of the breasts is also problematic. Please avoid sheer see-through clothing that could possibly expose female breast nipples. Please be sure the genital region is adequately covered so that there is no visible ‘puffy’ bare skin exposure.” Now, look, we can be adults about this. There’s no reason to titter, just because we’re talking about nudity, and accidental instances of said nudity. In fact, if you think about ahhhh buttock crack buttock crack buttock crack buttock crack.

Both The Lumineers and Mumford & Sons — two acts prone to suspenders, flannel, banjos, bowties, and Dust Bowl-era fedoras — are performing. Which means the battle to see who’ll better capture the “been tillin’ the earth all day” vibe should be fast and furious.

Ocean vs. Brown, Round II?

as a child i thought if someone jumped me it would result in me murdering or mutilating a man. but as a man i am not a killer. i’m an artist and a modern person. i’ll choose sanity. no criminal charges.

But the wounds are fresh, and the opportunities for awkward run-ins are high. Ocean’s performing, and he’s also up for a bunch of the big awards (including Record of the Year). Brown’s not scheduled to show up officially, but Rihanna is performing a couple of times (once with Bruno Mars and Sting, of course) and the rumors at least at some point were that Chris would make a surprise appearance along with her (apparently, the couple that hangs out in court together also pulls off secret Grammys performances together). Hope the hallways at the Staples Center are pretty roomy! Side note: if anyone was gonna pull a Fiona Apple/Bonny Bear this year and drop a “you guys know this is all bullshit, right?” type speech, you know it’s gonna be Frank.

Speaking of rivalries — can we get a Justin (Timberlake) vs. Justin (Bieber) situation popping off here? Timberlake’s performing, his biggest comeback gig to date. Bieber, meanwhile, couldn’t get a single solitary nomination, was none too pleased about it, and presumably won’t even be on the premises. Now think about it: the reason so many rational adults — many of them with fulfilling, active lives — put so much stock in JB is that he was supposed to grow up and fill the Top Pop Icon spot voluntarily vacated by JT. But if JT’s back now … look, I’m not saying we don’t need Bieber. I’m just saying maybe we don’t need him as much as we did a couple of weeks ago. By the way, Jay-Z, who’s nominated a bunch, will almost definitely pop in for “Suit & Tie.” Will he be wearing a tuxedo T-shirt while doing so? Only time will tell.

While there’s no surefire big names slated to dominate the proceedings, one band does have a chance to rack up the rewards. And that band is … Fun.?! Why, yes: the fresh-faced power poppers are up for Record of the Year, Album of the Year, Song of the Year, and Best New Artist, and the oddsmakers say the lines are in their favor. And so we leave you now with the most important question of the night: if the band comes off big on Grammy night, how will the sudden rush of glamor and glory affect the relationship dynamic between Fun. guitarist Jack Antonoff and multiple Golden Globe winning girlfriend Lena Dunham?

Video on Demand Report: Flight, Oogieloves, and Everything in Between