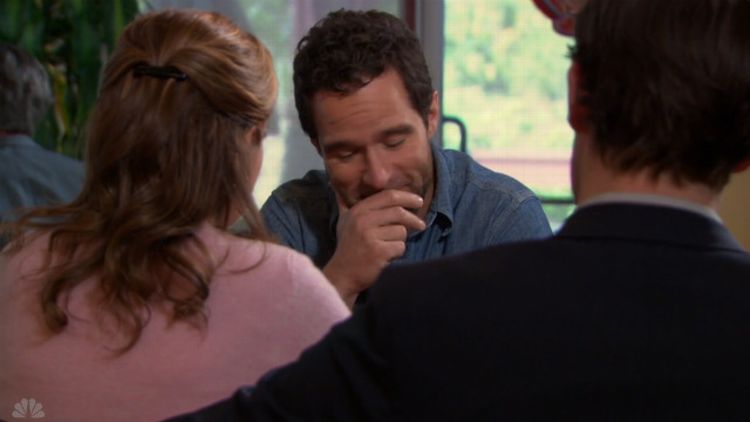 In 1996, The Simpsons was heading into its eighth season. The “Eat My Shorts” T-shirts and novelty albums were a thing of the past, and ratings appeared to have plateaued. Though it seems laughable 16 years later with the show still on the air and Hank Azaria vacationing on the private island he crafted out of leftover residual checks, there was, at the time, real concern about the continuing creative viability of the show. And so the Fox network, never known as a shrinking violet when it came to meddling, politely suggested that the executive producers might consider adding a new cast member to Springfield’s favorite family, one who could live with the Simpsons permanently and add spark to what appeared to them to be a dying tire fire.

Wise and snarky, the producers responded to this request with exactly the right level of mockery. On February 9, 1997 — 16 years ago tomorrow — they aired an episode titled “The Itchy & Scratchy & Poochie Show.” The story involved the long-running Itchy & Scratchy cartoon and how, in an effort to attract fresh eyeballs, its scheming overlords introduced a new character. Poochie (voiced, via shenanigans, by Homer) was a backward-cap wearing, surfboard-toting, rapping dog. “He’s totally in my face!” exclaimed Itchy (or Scratchy) about his new best friend who, the audience was told, had really been there all along. Despite ticking numerous boxes — he was, after all, “the kung-fu hippie from Gangster City” — the flop-sweat fueling his creation was too evident. The character was quickly rejected by fans — you know, the ones who actually had been watching all along — and soon enough Poochie was hastily dispatched “back to his home planet.” Too extreme for time or space, Poochie, we’re told in rushed voiceover, actually died en route. The lesson was clear: A successful story can’t be dictated by external events. Also, dogs can’t surf.

Would that the producers of The Office had paid attention. Brian, the stubbled, soulful boom-mic operator who returned in “Couples Discount” to mess up the Halpert marriage, is Emotional Poochie. He is an unwanted, unnecessary zero, a sympathetic set of blue eyes in a denim shirt being retconned into reality by an exhausted writers room desperate for late-inning drama. He doesn’t rap (at least, not yet), but everything else about him is as cynically calculated as Springfield’s least favorite hipster hound: the flirty faux-humility, the conveniently absent wife, the bizarre lack of concern for his own unemployment. (Good luck finding another nine-year gig operating film equipment in northeastern Pennsylvania, dude!) Watching John Krasinski and Jenna Fischer attempt to integrate this nonsense into their well-drawn fictional lives had all the charm of a hostage video. Even so, it’s impossible to fault Chris Diamantopoulos for bringing nothing to a part that is precisely conceived of as a nothing. He’s a plot-delivery system with a SAG card, a means to an end, and not a particularly pleasant one at that.

I know all this, and yet I’m still having trouble diagnosing just why it’s making me so angry. The special Valentine’s Day couples lunch (!?!) was off-putting and dramatically inert, nothing but a canned opportunity for Jim to witness his wife make yearning kitten faces across a table at someone other than himself. But that didn’t particularly stand out in a crude half-house that also featured the bearded return of Andy Bernard, a character who’s been so badly abused, this episode should be tagged and bagged for evidence in a civil trial. (It was hard not to come away with the sense that some of the onscreen resentment directed toward Ed Helms was real. The Office has never really trafficked in villains, but then again, in nine years I don’t think anyone had ever previously uttered the words “paycheck” or “get back to work,” either.)

And yes, there’s unquestionably something rank and upsetting about how a showrunner’s natural need to wring every last bit of story out of an expiring show is leaving permanent bruises on the only two characters who had managed to retain a shred of dignity. But it’s never a good idea to dictate boundaries of what “should” and “shouldn’t” happen. In an alternate reality, I’m sure there’s a way in which Jim and Pam’s unbreakable bond could be meaningfully challenged. After all, Jim’s laddish escape into fantasy-Philadelphia is a reasonable response to the soul-crushing work purgatory he’s been trapped within for years. And Emily Nussbaum from The New Yorker pointed out to me that Pam has a history of making googly eyes at other men whenever her current partner begins to bum her out. But I’m sure there’s a multiverse version of Happy Days where Fonzie was a successful aquatic aerialist, too.

Look, no television series exists in a vacuum from the business side of the industry, but it’s rarely as nakedly on display as it is in this final season of The Office. Not because NBC, like Fox with The Simpsons, mandated anything in particular. (Far from it: Without a ninth season of The Office, I’d be recapping Betty White Removes the Olives From Her Salad every Friday morning.) But Jim and Pam were locked in stasis from the minute they wed because profitable sitcoms hate change more than Meredith hates sobriety. Now, freed from the burden of a boundless future, Greg Daniels is free to rush ahead and give his diorama one last shake. The real, deadly, unavoidable problem is the way he’s chosen to do it.

I’ve argued before that introducing the documentary crew now is a boneheaded move, precisely because it forces us to consider all the things about The Office that improved when we were allowed to forget about it in the first place: the near total implausibility of a decade-long documentary project devoted to a paper company, the constant, unseen presence of camera-toting weirdos during even the most intimate and inappropriate moments of these characters’ lives. Now, when Jim castigates Pam for “intentionally [leaving] out a major, intimate detail” of her life, I just want to scream at him: “You’ve had every intimate detail of your lives taped for nine years! You’re worse than a Kardashian!” Still, when the episode ended with Pam asking her angry, turnpike-bound husband to stay so they could fight instead, it was a surprisingly well-observed callback to the sort of small-bore poignancy that The Office once did better than any sitcom, before or since. But it was too late; the phoniness wrought by Emotional Poochie spreads, like the stench of Kevin’s chunky lemon milk.

By all means, challenge the Halpert marriage, but do it in a way that shows even the slightest respect for the way scores of talented writers (not to mention two gifted performers) have humanized these paper-selling drones. Introduce a charming lothario or a sensitive muralist, really drill down on something that’s long been left unsaid — that Jim and Pam treat each other like human life rafts, convenient soulmates who cling to each other solely as a way to stay afloat amid the suffocating, cartoonish mundanity of their daily lives — but have the decency to treat both them and us like grown-ups when you do it. Don’t tell us Emotional Poochie has been there the whole time. He — and the radical change he represents — hasn’t. Believe me. I’ve been watching.

Filed Under: NBC, The office, The Simpsons

The Ambivalent Person's Guide to the Grammys