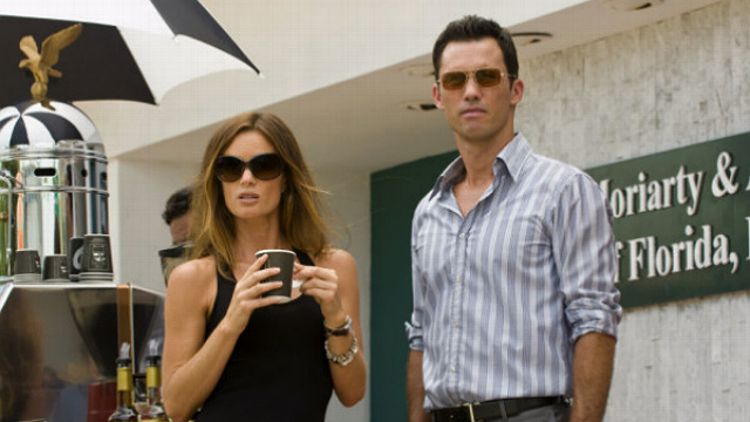 While you weren’t watching, the USA Network’s Burn Notice has quietly carved out a sizable niche for itself. Last week, the sixth-season premiere won the night (on cable, at least), pulling in a very respectable 3.9 million viewers. There are enough Michael Westen fans out there to sustain a series of five tie-in novels and three online graphic novels co-published with DC Comics. Now is your chance to join the ranks of a clearly very dedicated fan base. After all, the show is set in Miami, which, if the Heat win tonight, is going to be the “it” city of the summer. Plus, Dexter won’t be back for awhile, so you need to get your warm visual hues and chino shirts somewhere.

This is the show for you if you like: Rescue Me. Just kidding! Contrary to what its name might suggest, this show has nothing to do with firefighters (or 9/11). Burn Notice is more like a non-musical How to Succeed in Business Without Really Trying. Every episode features voice-over narration by main character Michael Westen (Jeffrey Donovan) with tips about how to be the best CIA operative you can be. Last week’s voice-over, on the sixth-season premiere, extolled the virtue of an exploded tanker as a roadblock. Very informative. And somehow, everything else that Jeffrey Donovan says sounds like it could be a voice-over, too, even if he has some Ryan Gosling–esque overcompensation going on with his accent. If this show ever gets canceled (and it’s already in its sixth season with a made-for-TV movie on the way, so that’s not likely to happen soon), maybe he can find work narrating trailers.

The person you are most likely to recognize from a previous show or movie: Lauren Stamile. You may know her as the nurse who almost broke up Meredith and Derek on Grey’s Anatomy with her operating room stare, or from her work on Community, but as of Season 4, she is Michael Westen’s CIA ally. (How could a guy on the lam from the CIA have an ally within their ranks? More on that in a second.) The runner-up is Jere Burns, who has been on so many shows that it’s hard to guess where you may have first seen him. Most recently, he played (spoiler alert?) Jesse Pinkman’s NA meeting leader on Breaking Bad and Wynn Duffy on Justified. He came to this show last season as the newest villain. I can’t tell if he all of a sudden looks much older, or if he should be suing his plastic surgeon.

The basic plot you need to know: What is a “burn notice”? Well, when an
agent gets suddenly dropped by the CIA, he or she has been “burned.” As the opening credits of each episode tell you, when this happens, you basically become Jason Bourne — no identity, no assets, no home, etc. Michael Westen gets dropped back in his hometown of Miami, and he spends his time trying to figure out who wrote his burn notice. Aided by his best friend and former Navy SEAL Sam (the subject of that upcoming BN movie) and his ex-/not-ex-girlfriend Fiona, he also serves as a rogue private investigator.

I know you must be thinking, Jason Bourne would never have needed five seasons and a TV movie to figure out who burned him, and only Veena Sud would drag it out for that long. Well, as of this season, Michael has finally figured out that the Breaking Bad guy was the one who burned him, and that the guy was also blackmailing Fiona. Now, Michael is hunting him to bring him down and save Fiona from going to jail.

Final argument: Burn Notice is filled with a lot of questionably intentional comedy. Voice-over is hardly rare on television, but this show puts it to oddly jarring use. Even if the narration does contribute to the arc and theme of each episode, it also make you wonder if the show is trying to be preemptively parodic or if it’s just the kind of tone that only fits on USA. It’s probably the latter, but watching while trying to figure out the decisions that go into each episode are nearly as entertaining as the how itself. And if that’s not enough, as with the best CIA-related TV shows and movies, there are enough plot twists to keep you going for awhile.

Previously on Team USA: Why You Should Be Watching Suits

Partying With the Elite at The Newsroom's L.A. Premiere