How I Learned to Stop Worrying and Love Bunheads 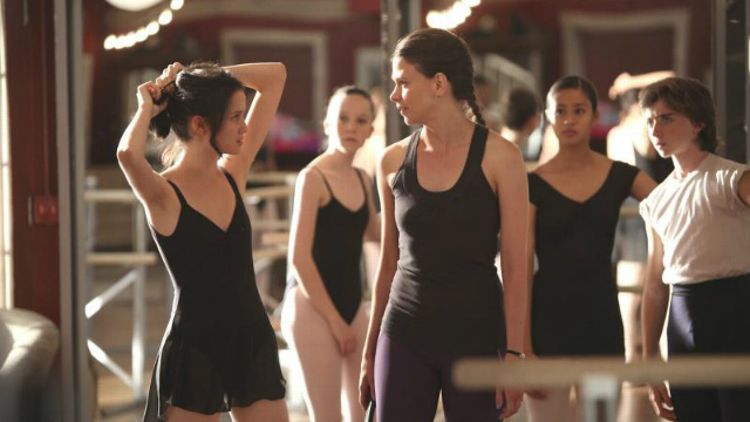 I was never a big Gilmore Girls fan, but my mom was. Much like Rory and Lorelai, we were a single mom/only child duo, and back in the show’s WB heyday, I would often coast through the living room as she settled in with the denizens of Stars Hollow, lingering for a few minutes before eventually getting bored and going back to see if my crush was on AIM. My mom’s insistence that much of its content would resonate with me — Rory writes for her school paper, too! Rory likes Belle & Sebastian, too! — failed to really sell me. For me, the WB’s main function had been to bring me the high angst of Dawson’s Creek, which I had decided was much more “real” than the comparatively family-friendly Gilmore Girls. Once I got my hands on a copy of The Sopranos on DVD, it was over — I could have all the moral ambiguity and unpleasant people and situations I could stomach, with a sufficient amount of prestige to make me feel smart for watching it. Between the dawning Golden Age of Television and my problematic Tarantino obsession, I had gotten it into my head that there was a corollary between quality and misery. My mom, on the other hand, would frequently balk at my choices when we’d hit up Mr. Movies on Dollar Monday — while I was eager to drink in Magnolia‘s endless barrage of suffering, misfortune, and frogs, I think she took at least two breaks to go play Snood.

It’s been an odd summer for television; click the “Summerwatch” category on Hollywood Prospectus for proof of that. Entertainment-wise, summer has traditionally been a time for the lightweight and low-investment, and while I’ve sampled the offerings at USA Network that our own Juliet Litman so eagerly endorsed, I mostly spent June and July counting down the days till Breaking Bad’s meth clouds rolled back in to darken up the TV landscape. But in my bummer-seeking myopia, I completely overlooked the premiere of Bunheads, Gilmore Girls creator Amy Sherman-Palladino’s latest series, which wraps up its summer season on Monday (ABC Family just announced it has renewed the show for another half season that will air sometime this winter.). I had a hunch, completely untested since 2002, that I didn’t necessarily have an appetite for the wall-to-wall shabby chic and “la-la-la”s that I assumed would serve as the backdrop for Sherman-Palladino’s signature witty banter and pop culture references. But after a bout of new-TV starvation drove me to spend a weekend bingeing on nearly two months’ worth of episodes, I discovered two things: I was dead-on about the superficial particulars of Bunheads, and completely caught off guard by how pleasant I would find it all to be.

More important, Bunheads serves as a much-needed reminder that “pleasant” and “challenging” need not be mutually exclusive. This is a show about a ballet studio and the ballerinas that dance there. It basically takes place in a sleepy California facsimile of Stars Hollow (just add surfers!), complete with a greasy-spoon diner, a quirky dress shop owner (Friday Night Lights‘ Stacey Oristano, one of the best pleasant surprises in the cast), and what appears to be a municipal ordinance that after sundown, all interiors must be lit with strings of party lights and Chinese lanterns. But just when you’re feeling comfortably lulled into TV-PG bliss, the show has a way of zagging in some truly delightful directions, be it a sweet dance number to a Tom Waits song, the token overweight ballerina who finds herself at the center of most of the romantic intrigue, and an unapologetic, almost cartoonish amount of alcohol consumption, which is the first tip-off that there’s more under the surface of Paradise, California, than meets the eye — not exactly in a Lumberton, North Carolina, way, but more in a Dillon, Texas, way.

The show splits its time between transplanted Vegas showgirl Michelle (played by the very game Tony Award winner Sutton Foster, the obvious Lauren Graham surrogate here) and the group of ballerinas she’s charged with upon relocating to Paradise after a spur-of-the-moment marriage to a longtime admirer, and the generational divide is what fuels much of the plot. When we meet Michelle, she’s facing the diminishing returns of her career, and her newly domestic lifestyle forces her to wrestle with the realities of the adulthood she’s been trying to stave off for years in a very real, sometimes startlingly familiar way. (Leave it to Sherman-Palladino to make Michelle’s introduction to landownership in her new home — particularly the finer details of septic tanks — a vital and entertaining bit of character development.) Yes, Michelle finds herself giving lessons not only in dance, but in the dance of life, and yes, the girls might actually end up teaching her a thing or two as well, but despite the on-paper clichés, there’s enough specificity — mostly in the form of Sherman-Palladino’s unmistakable voice as filtered through emotionally stunted, self-deprecating, yet highly sympathetic Michelle — to keep things feeling fresh.

As I suspect that there are plenty of our readers who have still not taken the Bunheads swan dive (Its home on ABC Family, better known for its Liars and Baby Daddies, is another unfortunate deterrent), I will stay away from spoilers, but early in the series a very unexpected turn of events casts a decidedly melancholic shadow over what could have easily been a pirouetting, Heathers-quoting summer romp. In true Sherman-Palladino form, the setback doesn’t dull our characters’ repartee in the least; rather, she and her writers have baked the emotional payoff into the entire season, and effectively made it very hard to check out intellectually or emotionally, no matter how many cupcake or fancy coffee jokes they throw at you. Should you decide to power through the series this weekend (If I can do seven in one day, you can do nine in two — trust me, these episodes go down like a perfectly aged whiskey, or whatever else Fanny and Michelle happen to be doing shots of that week), there’s a scene in Episode 8 that in most other shows would have come in Episode 2, but the delay says more about the characters involved than the scene itself.

Much of what Bunheads comes down to is its protagonist’s realization that what she wanted when she was 16 might not be the same as what she wants in her mid-30s. While I haven’t quite reached that stately age yet, I’m starting to realize that my pop culture masochism isn’t quite what it used to be. Maybe I was resistant to the charms of Stars Hollow because I hadn’t experienced enough real disappointment and hardship yet to know I needed its comforts. There comes a point, usually when you’re watching a hanging corpse get sawed off the back of an office door, where horror is just horror, and instead of catharsis you feel fatigue. And while I’m obviously not going to cancel my Game of Thrones season pass anytime soon (how would I get all the Khaleesi jokes in Bunheads?), I might be going back to give Gilmore Girls a second chance. Maybe a little Joan of Arcadia, too. Who knows, there’s still a few weeks of summer left.

Songs of the Week: Japandroids Live the American Dream, Tom Cruz Has a Hard Decision to Make, and Let's Free Pussy Riot