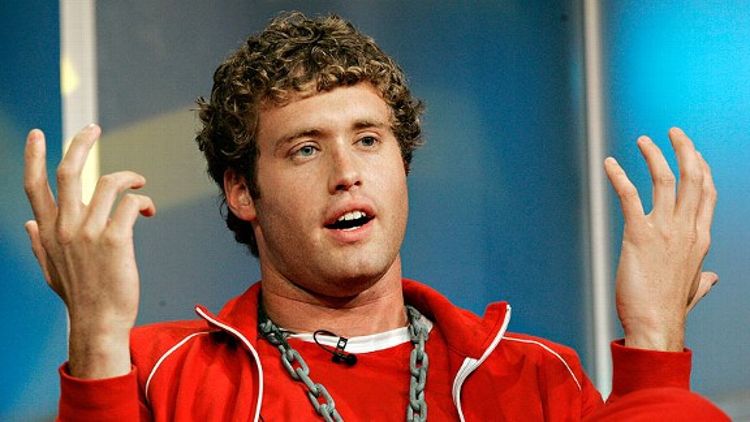 T.J. Miller (Cloverfield, Our Idiot Brother) has landed the title role in Little Brother, a multi-camera Fox comedy in which the protagonist finds out he has an ex-con half-brother. Impressive timing on the new gig: While millions of Americans spent their Thanksgiving weekends overeating and overdrinking, T.J. Miller was out there landing a job. And, also, most likely, overeating and overdrinking. Grade: B+ [Deadline]

Hugh Laurie has told The Daily Record that he will retire from television acting after the end of House, which is currently in its 8th, and possibly last, season. “I think I will probably be as interested by either writing or producing or directing, or some other aspect,” Laurie explained. Don’t worry too much: if “TV actor retirement” is anything like “rapper retirement,” Hugh will be back in eighteen months with a crappy House Christmas special. Grade: C [HR]

John Lithgow is joining the cast of Dog Fight, the comedy starring Will Ferrell and Zach Galifianakis as two politicians competing for a congressional seat in a small North Carolina district. Says director Jay Roach, “Hey, even if Lithgow totally blows his role, at least we’ll get to hear some awesome 3rd Rock From the Sun stories on-set, am I right?” Grade: B [Showblitz]

Amelie director Jean-Pierre Jeunet and writer Guillaume Laurant will re-unite on an adaptation of Reif Larsen’s novel The Selected Works Of T.S. Spivet. The book, which revolves around a 12-year-old cartographer T.S. Spivet, will become a big-budget English-language family film. Cartography: so hot right now. Grade: A- [Deadline]

Academy of Motion Picture Arts and Sciences president Tom Sherak is getting an ABC comedy based on an episode in his life. We’ll Be Out By Christmas is inspired by the time Sherak’s grown daughter moved back home with her three children while her husband was getting his MBA. Just one question: considering the recent trend towards cartography on screen, shouldn’t Sherak’s daughter’s husband be off getting a cartography degree instead? Grade: C [Deadline]