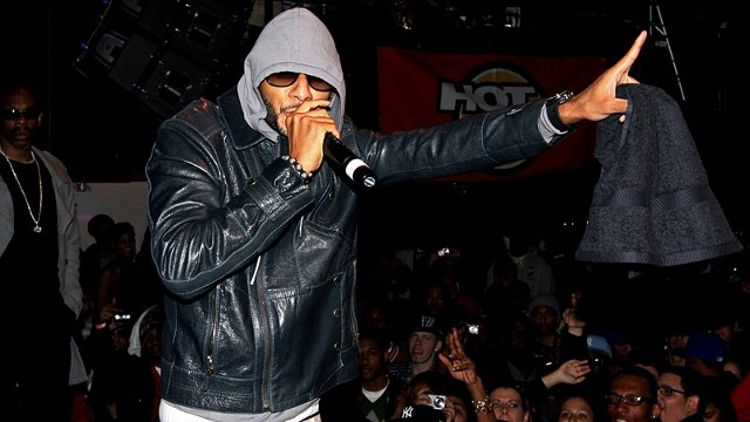 Are you familiar with the Megaupload song? The track, below, promotes the file-sharing site via an ungodly catchy ditty and a video featuring a slew of famous people, including Diddy, Kanye West, and Chris Brown, singing its praises. When it hit early last month, the Internet was mightily confused: Why were big-time musicians promoting a site used primarily to steal from them? (And, then, unwillingly but passionately, the Internet sang the song’s unstoppable chorus: “M-E-G-A / Upload to me today / Send me a fiiiiile / megaupload.”)

This week, the New York Post uncovered the answer: Megaupload’s secret CEO was none other producer/rapper/debonair-man-about-town Swizz Beatz.

Yes, it’s surprising that a prominent music-industry figure would be working with a site complicit in the piracy that has that same music industry on its inexorable march to nothingness. But from Swizz’s point of view, working both sides like this is a real shrewd move: Before the industry coughs out its last few death rattles, Swizz gets to make money the major-label way and the wink-wink-legal-file-sharing way. And it’s not like he was really hiding himself. Swizz must have known that once the celebrity-filled Megaupload (“Megaaaaaa”) jam hit, it’d just be a matter of time before it got tracked back to him.

And then things got more complicated. As the Post reports, “[A]fter the starry promo appeared on YouTube last month, Diddy, Kanye and Will.i.am’s label, Universal Music Group, issued a ‘take-down notice’ to YouTube, saying the artists’ performances were unauthorized … Mega-Upload fired back with a lawsuit against Universal to stop it from blocking distribution of the video.” And then things got even more complicated. In a move unrelated to the current fight over the Stop Online Piracy Act, the FBI moved to shut down Megaupload Thursday. Seven people were charged, and four are in custody in New Zealand (including someone named Kim Dotcom!) for crimes including conspiracy to commit racketeering and criminal copyright infringement.

Before it went down, Megaupload posted a statement: “The fact is that the vast majority of Mega’s Internet traffic is legitimate, and we are here to stay. If the content industry would like to take advantage of our popularity, we are happy to enter into a dialogue. We have some good ideas. Please get in touch.” Meanwhile, Mega’s Internet friends got a little more hands-on: Late Thursday afternoon, the hacker group Anonymous temporarily brought down the websites for the Justice Department, Universal Music Group, the Motion Pictures Association of America, and the Recording Industry Association of America.

For the record: Swizz, for now, is free. This is good news for the impending Ruff Ryders reunion! (Drag-On, in particular, must be relieved to hear that.) It’s also good news for any other prominent musician looking to throw his or her lot in with the bold Internet pirates and their demands for “dialogue.” Looking back now, it’s not surprising Swizz Beatz would be a pioneer in the field of breaching communication with Megaupload and its kind (I mean, the guy made the “Ruff Ryders Anthem” beat when he was like 19; he’s clearly got his head on his shoulders).

And so we come here to salute you and your individualism, Swizz. May your example offer inspiration and motivation. And you stay safe out there.