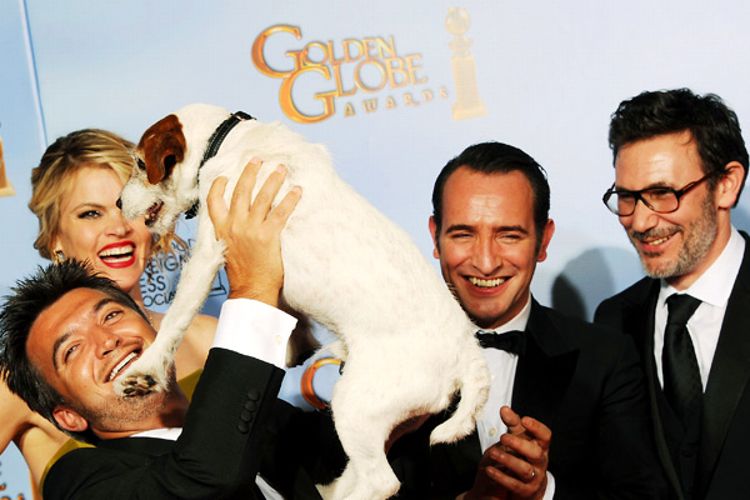 I’d like to thank the Academy for throwing an extra mystery at those of us who treat predicting the Oscars as something between a hobby and a blood sport: This year, we have to figure out not only which movies will be nominated, but how many. After concluding that the appropriate number of Best Picture contenders was five for 65 consecutive years, and then 10 for two consecutive years, what the Academy’s board of governors has now settled on is “from five to ten.” How can we narrow that down? Well, the Academy did offer one clue by revealing that when it experimentally retabulated the ballots from 2001 through 2008, the results yielded, in different years, five, six, seven, eight, and nine nominees — but never ten.

Here’s how the new system works. (If you’re not a numbers nerd, feel free to skip ahead.) Every Academy voter ranks the year’s five best movies preferentially. Those paper ballots — let’s assume there are about 5,000 of them — are sorted into stacks based on first-place votes. Then an immense amount of, you know, math happens involving ballot redistribution and fractional votes and so forth, but what it comes down to is this:

• Any movie with more than 10 percent (about 500) of overall first-place votes is an automatic Best Picture nominee. Movies that soar far above that threshold get their extra votes redistributed to piles for their second-choice movies.

• Any movie with less than 1 percent (about 50) of overall first-place votes is immediately eliminated from contention. Those ballots are redistributed into other, still-viable piles according to their second-place (or lower, if necessary) votes.

• After the first five nominees are chosen, no sixth (or seventh, or eighth, etc.) film will be eligible for a Best Picture nomination unless it passes a steep test: It must receive at least 5 percent of the overall first-place votes. That means any movie without close to 250 votes calling it the best film of 2011 is out of the running. So while it’s tempting to believe that the number of nominees will be determined by the overall quality of the movies, consensus is a much bigger factor. If, say, 42 percent of Oscar voters pick The Artist as their top choice, another 25 percent pick The Descendants, and another 19 percent pick Hugo, then by definition, there will be only five Best Picture nominees this year. But if those three movies combined get only, say, 40 percent of the first-place votes, there’s room for a longer list.

Now let’s look at the movies, in descending order of probability:

There’s a big backlash brewing against this movie, along the following lines: (A) It’s too slight. (B) It doesn’t really show any understanding of what silent movies were or why they were great. (C) If Harvey Weinstein wins the Best Picture Oscar for a foreign import two years in a row, Hollywood might just as well pack it in. Jesus, the man pimped out a dog onstage at the Golden Globes. Will he stop at nothing? (D) It’s not all that. (E) Nobody will be talking about The Artist five years from now. (F) This movie “raped” Kim Novak.

You know what kind of movies inspire big backlashes? Front-runners.

As one of the only serious contenders this year set in the present, Alexander Payne’s movie is the go-to for any anti-nostalgist in the Academy ranks. There’s a long history of honors for dysfunctional family comedy-dramas, and as a hybrid of Terms of Endearment and Little Miss Sunshine, this one is about as Oscar-friendly as they come. And many voters will find it relatable: If you’ve ever struggled with a difficult teenage daughter … or puzzled about whether to become a multimillionaire by selling your beachfront real estate…or berated your unfaithful wife’s corpse … it’s really a universal story.

Because everybody loves Marty. Because everybody wants to believe that there’s a use for 3D other than Drive Angry. Because it failed at the box office, but just badly enough so that a nomination indicates good taste, not so badly that it feels pathetic. Because for the large portion of the Academy votership that devotes its energies to making bad movies, a vote for Hugo is like tithing to your church. Because honoring the idea of film history and preservation and respecting cinema as an art form is easier to do with an Oscar vote than in a three-hour business meeting about what budget number makes sense for Green Lantern 2. And because some voters really love it.

Voters like to nominate hits, and with a domestic gross of $170 million, The Help is the only smash with a real shot at a nomination. And while it may seem absurd to characterize this as an issue movie (are there people out there who think the civil rights movement was a bad thing? If so, please do not get in touch with me), just look at the three films above it on this list; in terms of contemporary relevance, they make The Help look like The Hurt Locker. In my first Oscarmetrics column back in September, I wrote that “actors, old liberals, and tear-duct-based voters” would form a coalition of the willing and put The Help in the hunt. That’s my story, and I’m sticking to it.

Given the boom market in nostalgia this year, I wondered if Woody Allen’s movie would end up as the one-too-many for a votership whose bottomless appetite for time-travel and pretty pictures could be taken care of by The Artist, Hugo, and The Help. But nominations for the film from the PGA, the DGA, and the WGA make a persuasive case that Midnight has enough industry support to become Allen’s first Best Picture nominee since Hannah and Her Sisters 25 years ago.

There are causes you abandon, and causes you don’t, and if I’m going down with Terrence Malick’s sinking ship — my favorite movie of 2011 — so be it. Certainly, the complete lack of guild support (with the exception of a nomination for cinematographer Emmanuel Lubezki) doesn’t suggest an easy path to a Best Picture nomination. What makes the case for me isn’t emotion, but math. There are other, more popular movies in contention for a Best Picture nomination for which I can’t guess where those 250 first-place votes are coming from. For The Tree of Life, I can. A handful of directors, cinematographers, Europeans, actors, art-film lovers — it’s not impossible. I know a lot of people hate the movie, but in this round of voting, love is all that matters.

And, folks, that’s where I’m drawing the line. Well, a dotted line. My gut tells me that the magic number for best picture nominees will be either six or seven, so it could all end with the above list. (Eight would surprise me; nine or ten would astound me.) Now let’s keep going.

By now, it’s not news that Steven Spielberg’s World War I epic has had a rough ride in the pre-Oscar heats: No DGA nomination, no Globe nomination for directing, no WGA nomination, no SAG ensemble nomination. But let’s look at the positives: The film is up for awards from the PGA and from the American Cinema Editors. True, those plusses are qualified at best, since each group chooses ten nominees, but still, the combination of immense technical proficiency and full-hearted emotionalism is not to be underestimated with Academy voters. If the Best Picture roster extends to seven movies, I think War Horse just sneaks through.

As much as I’d love to see Bennett Miller’s terrific, smart, contemporary American studio movie become a nominee — as it surely will be for Brad Pitt’s performance and the screenplay — I think it may suffer from the flipside of the Tree of Life problem; it’s a movie almost everyone likes that just hasn’t been able to get the top-of-ballot support that would thrust it into the Best Picture discussion.

9. The Girl With the Dragon Tattoo

On one level, a nomination would not be a surprise, given that it’s been recognized by every one of the six guilds that have announced their honors. But 250 first-place votes? Still not feeling it.

As a number of Oscar watchers have noted, in a year in which 10 nominations were mandated, a big, mainstream American comedy is just the kind of surprising flavor that might round out the list. But given the new rules, this is as hard a case to make as it would be for Drive, Tinker Tailor Soldier Spy, The Ides of March, or Extremely Loud and Incredibly Close.

Of course, those of you playing at home are free to draw your own line anywhere up or down that Best Picture list — but for Best Director, it’s still a firm five. I don’t see any scenario in which The Artist’s Michel Hazanavicius doesn’t make the cut, or in which Hugo’s Martin Scorsese fails to score his seventh nomination for directing. As for the remaining three, if you’re a strong believer in the predictive abilities of the Directors Guild of America, you’re looking at Alexander Payne for The Descendants, Woody Allen for Midnight in Paris, and David Fincher for The Girl With the Dragon Tattoo. But since the DGA misses at least one Oscar nominee (and sometimes two) 80 percent of the time, let’s assume that the above list contains an error. Payne and Allen, both writers who direct their own work, are not exactly known as visual stylists, which could hurt them among the 366 members of the directors branch who choose the nominees. Fincher, on the other hand, is 100 percent filmmaker, but scoring a directing nomination for an action-oriented genre movie is very difficult (Christopher Nolan is still waiting).

Fincher and Allen appear to be the most vulnerable of the five candidates above, and my guess is that despite the movie’s popularity, it’s Fincher who will just miss. So who benefits? Even if you believe that once the nominations are announced, The Help will represent the most credible threat to The Artist, first-timer Tate Taylor still has to prove himself (and remember, even the Best Picture winner his film The Help most resembles, 1989’s Driving Miss Daisy, went the distance without getting a Best Director nomination). There’s Steven Spielberg — but as noted above, given War Horse’s problems, he is, uncharacteristically, a long shot. The directors branch has an impressive history of nominating foreign helmers, so I suppose Drive’s Nicolas Winding Refn could grab the fifth slot. But, for passion’s sake, I’m going with Terrence Malick, a director’s director who commands as much respect as anyone in this field.

And there you have it — predictions for 40 nominees in 8 categories. I’ll finish with one more: I predict that I got only 32 of them right. I’ll be back on Tuesday shortly after the nominations to look at the rundown, lick my wounds, and justify my errors. I’m rooting for the first four words of my next column to be “Who would have guessed … ” since the dirty truth of Oscar predicting is this: Being wrong is half the fun.