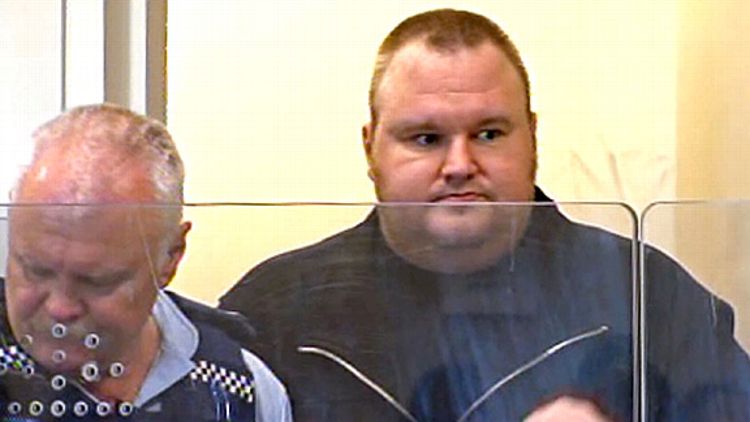 Most of the chatter surrounding the Megaupload shutdown has circled, sensibly, around the more fantastic elements of the story: Swizz Beatz‘s maybe-okay-not-really-wait-maybe? involvement in the file-sharing site; the cinematic details of the FBI’s raid on the Megaupload crew’s sweet New Zealand mansion; the larger-than-life hilarity of Megaupload’s 6-foot-6 hero-outlaw chief, Kim Dotcom. Now, though, the Recording Industry Association of America would like to change the topic. Joshua P. Friedlander, RIAA’s Vice President of Strategic Data Analysis (what, the President of Strategic Data Analysis had more important things to do?) has something to say. Here he is, in a blog post from yesterday titled “Why Closing Megaupload Matters”:

“Fortunately, shutdowns of these types of hubs for illegal activity are not unprecedented. In October of 2010, Limewire (the most popular P2P service at the time) was shut down, and just like this week, millions of users were forced to find new sources for their content … Digital music sales that had been flagging jumped in the month immediately after the Limewire shutdown, and have remained stronger ever since … When Billboard looked at the data after the Limewire shutdown it said ‘The spike in sales was immediate, noticeable and lasting.’ Collectively, this evidence strongly suggests that the shutdown of illegal sites helps create a thriving and diverse digital marketplace. It encourages users to go to legitimate sites, and enables great new services to be launched — like Spotify, which launched in the US last year and quickly signed up millions of new users.”

Most importantly: “Merely days later, we’ve seen other popular file sharing lockers like Filesonic and Fileserve curtail their own services, likely fearing similar charges as they functioned similar to Megaupload.”

Most of us freeloading consumers saw the shutdown of Megaupload as a temporary hindrance, another last ditch effort by a crumbling industry to stop the inflexible march of time: Inevitably, we assumed, something else would come along to set loose the latest Kidz Bop collection online for free. But is the RIAA actually turning a corner toward shutting down the major file-sharing sites and forcing us all into (ugh) legal options? Considering the industry’s long, misguided post-Napster track record in this arena, that would be remarkable. For now, the industry’s confidence can be further boosted by the fact that Kim Dotcom has been denied bail, with the judge in the case saying “With sufficient determination and financial resources, flight risk remains a real and significant possibility.”

File-sharing CEOs worldwide, wherever you are: Be brave out there today. The industry is coming.

Filed Under: Adventures In Internet Piracy