Survivor Finale: Like It or Not, Tyson Earned the Title 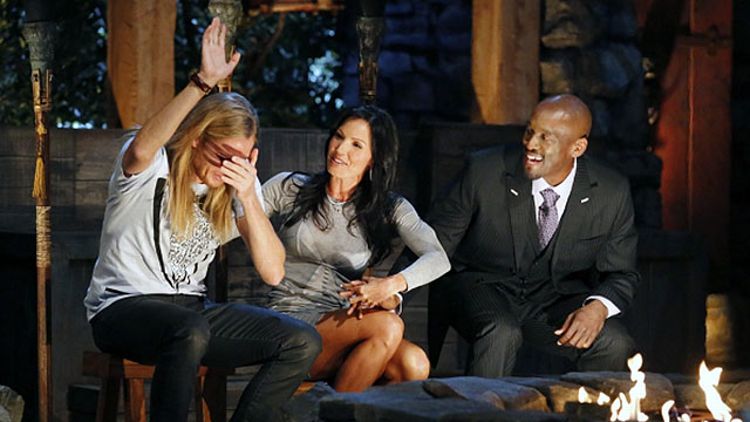 Until last night, Tyson Apostol was best known in Survivor circles for his incredibly stupid move in Season 20, Heroes vs. Villains. The unimpeachable Boston Rob hatched a scheme that would have weakened Russell Hantz’s (his nemesis) alliance, and the plan relied on Tyson adhering to it. But Tyson fell for the deceptions of the diabolical Russell, and essentially voted himself out. I still blame Tyson for any of Boston Rob’s failures that season. I assumed his hubris and poor strategizing would derail his game in Blood vs. Water — either that, or he’d be a resounding victor, having learned from his grievous mistakes. It turned out to be the latter. Tyson Apostol joins the ranks of winners, among the aforementioned Rob and his wife, Amber, pioneers like Richard Hatch, strategizers like John Cochran and Yul Kwon, and athletic dynamos like Ethan Zahn.

With 27 seasons in the can, the collection of winners is quite robust, and it’s hard to say where Tyson falls among the game’s greatest players. Gervase (Season 1, Borneo) and Tina (Season 2, The Australian Outback, which she won) repeatedly remarked on how much the game had changed since they first played. This was Tina’s third time on the show, but her second appearance on Survivor: All-Stars hardly counts in terms of learning the gameplay — she was the first person voted out. Yet, even if she had made it further that season, would it have helped? All-Stars was the eighth season, airing nearly 10 years ago, and it was a strategy-defining season. Amber and Rob met on that installment, and they carried each other to the final two. Their success has become a cautionary tale over the next 19 seasons: Do not fall into a relationship on the island. You will be voted out by everyone who fears this very scenario. It’s no surprise that any remaining pairs were broken up soon after the merge this season.

It may seem obvious, but Tyson’s victory is most akin to Cochran’s from last season. In both cases, they had committed major gaffes that proved to be instructive. As a benefit for the producers, they’re both entertaining talkers. Cochran is one of the most articulate players in the show’s history, and his second time around, he successfully navigated the business of alliance-building to win. Tyson likes to talk, too, though he’s more partial to self-aggrandizement and sarcasm. The most impressive part of his win was that he never stopped playing. His best move was reaching out to Hayden, Caleb, and Ciera to vote out Aras.

Personality traits aside, these two winners benefited immensely from the show’s longevity and the format gimmicks. The people who compete now are, to quote Jeff Probst, “students of the game.” They’ve grown up watching it, and they appreciate savvy moves. Plus, in cases like this season, Cochran’s season, and any other season that involves returning players, the jury is more disposed toward rewarding true competitors than voting out of spite. When Probst spoke with our own Chuck Klosterman earlier this year, they touched upon how the game often rewards the people who were carried to the end — the players who allied with a strategist but never executed a big move of their own. The most glaring example is when quiet Natalie White defeated Russell Hantz because he had scorned the jury so badly in Survivor: Samoa. But I think you could argue that the last six winners (Tyson, Cochran, the fit Denise Stapley, laser-eyed Kim Spradlin, outspoken Sophie Clarke, and the ultimate puzzle person and godfather of everything that matters, Boston Rob) were deserving.

Tyson can’t rank among the more formidable winners. He’s no Yul, who was not only incredibly smart and proficient at challenges but a master of the immunity idol. He’s also no Parvati, who elevated flirting to an art form. He’s not a consummate leader like Tom Westman. He’s not even a manipulator like Tina Wesson. But he is the new archetype — strategic, mostly likable, minimally deceptive, and, most importantly, experienced. Tyson, and Cochran, aren’t game changers. They’re experts.

My City of the Year: GTA V's Los Santos