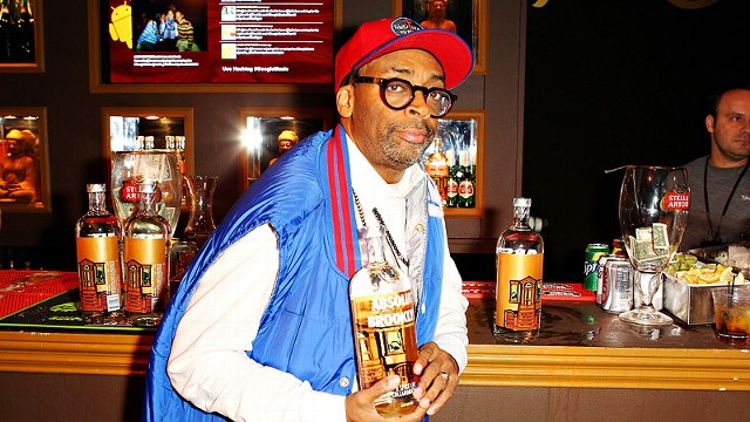 This year’s Sundance festival has survived its first weekend, but not without some serious shit going down. To the breakdown!

While there are some vocal detractors, an impassioned consensus has formed around Beasts of the Southern Wild, Benh Zeitlin’s directorial debut.

Says GQ: “The thumbnail plot can’t help but sound grim: An African-American six year old lives without electricity or plumbing in a shack set on a flood-threatened, isolated island off the southern coast of Louisiana with her erratic father. But the feel is all fireworks, sometimes literally. The screen explodes with color in almost every shot: Swampland, dirty honky-tonk bars, and jury-rigged boats are all conceived with a reckless, junkshop aesthetic … Oh, and giant dinosaur boars occasionally charge across the screen.” Sundance programming director John Cooper is feeling it as well, saying “This movie is all I’m hot for these days. I’m going to get all Oprah and weird on you, but I think it’s saying that we’re human and we’re searching and it’s okay not to have answers, and it’s okay to struggle. Also, it’s already won an award? I thought those kinds of things were usually reserved until after the festival. Clearly, Beasts is just that good.

Elsewhere: Raves are coming in for Indonesian action flick The Raid, with The Playlist calling it “a relentless – and relentlessly exciting — onslaught of visceral entertainment with his tale of a SWAT team that’s ambushed after being assigned to invade a drug kingpin’s heavily-fortified stronghold.” And based entirely on the brief clip from the movie below, I’ve already declared The Raid my fifteenth favorite movie ever, right after Monte Carlo and right before While You Were Sleeping.

And then there’s The Words, starring Bradley Cooper as a failed writer who plagiarizes his way to literary fame. It hasn’t been received kindly by the advance reviews – but it’s already been bought, with CBS Films coughing up $2 million for the rights. The lesson here: much as with the critically-maligned but I-swear-secretly-pretty-awesome Limitless, it’s always a good idea to have Bradley Cooper playing a novelist.

Spike Lee’s Red Hook Summer, in which he returns onscreen as Do The Right Thing’s Mookie, was supposed to mark a return to our dude’s scrappy younger days. Reactions have been mixed to negative, with THR saying “this strange, unruly beast of a movie – self-financed and shot in three weeks on a meager budget – appears to have been less of a liberation than a minefield for the director, encouraging him to indulge his weakness for bombastic bloat.” Then again, the undeniable Lester Freamon Clarke Peters stars, as a hardline bishop trying to get through to his teenage grandson, so how bad can it be?

More exciting for Spike, perhaps, was his Red Hook Summer Q+A, in which he rattled off, and then quickly apologized for, this brief tirade: “We never went to the studios with this film. I told you! I TOLD YOU! … I bought a camera and said we’re gonna do this motherfucking film ourselves … I didn’t need a motherfucking studio telling me something about [the neighborhood of] of Red Hook! They know nothing about black people! Nothing! And they’re gonna give me notes about what a 13-year-old black boy and girl do in Red Hook? Fuck no! … What else can you do? We had to do it ourselves! We shot motherfucking She’s Gotta Have It for 12 days back in 1986. And I’m now waiting for Universal to do the sequel to Inside Man, my biggest hit ever! I CAN’T WAIT ANYMORE!” Ah, man, no Inside Man 2? Sucks.

On the less dramatic front: Joel Edgerton’s previously buzzed-about Australians-on-bad-vacation thriller Wish You Were Here has been tepidly received. Now, if Edgerton had flipped his shit at the post-movie Q+A – “I didn’t need a motherfucking studio to tell me something about Auckland! They know nothing about Aussies!” – I would have more to report here.

And That’s Not All!

Tracy Morgan had an incident last night, as TMZ reports: “Morgan was rushed to a hospital moments ago at the Sundance Film Festival — after the actor fell unconscious at an award ceremony … Tracy was being honored at the Creative Coalition Spotlight Awards in Park City, Utah — and sources tell TMZ, he appeared extremely intoxicated during his award acceptance speech.” Then, later: “Morgan’s rep, Lewis Kay, also released a statement saying, “From a combination of exhaustion and altitude, Tracy is seeking medical attention … Any reports of Tracy consuming alcohol are 100% false.” Feel better, Tray.

In lighter news, Drake performed at the Bing Bar, but not without some complications. After long delay, and then a botched comedy set from Aziz Ansari (which featured the assistance and support of Cuba Gooding Jr.: “Shut the fuck up! We got Aziz here, motherfucker”), Drizzy finally showed. He explained: “I almost lost my life six times today. My flight got delayed six hours. I drove on some of the curviest roads I’ve ever been on in my life. I need a shot.” Also very important: he’s just gotten back from Africa, where he had an amazing time.” Drake: “I went on a safari. I got tackled by a tiger. It was crazy.”

Filed Under: Beasts of the Southern Wild, Sundance