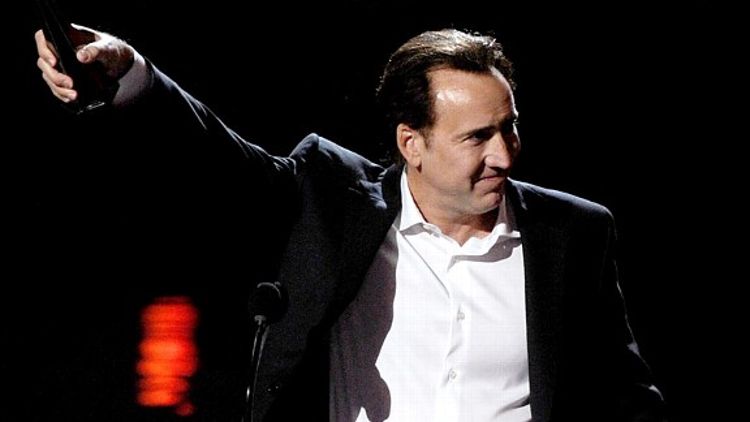 Last night John Wilson of the the Golden Raspberry Foundation shook up awards season something fierce — and in the process demonstrated why he’s the canniest awards-show producer in America! Just one day before the Razzie nominations were due to be announced, Wilson proclaimed that the Razzie Awards will be pushed back five weeks. Nominations will now be released on February 25, and the awards themselves will now take place on April Fools’ Day, April 1.

When we heard the news, we won’t deny it, we thought Wilson was pulling our leg. Was there such a thing as an April Fools’ joke that doesn’t take place on April Fools’ Day, but is just about April Fools’ Day? Once we confirmed the news with multiple sources, we were disappointed in a way — after all, the Razzies are the highlight of our social calendar, and every day we must wait to learn who’s been honored with a Golden Raspberry nomination is a day of near-mortal suffering.

But let’s be blunt: This is a genius move by John Wilson. He has pantsed the Academy and Brian Grazer by moving the Razzies, America’s most important film awards, after the inferior (but bewilderingly well-covered) Oscars. Ooh, Oscars, you’re so important because you’ve always been the last awards ceremony, after the Globes and the guilds and the Critics’ Choice Awards? Hahahahaha THE RAZZIES ARE SAVIN’ THE BEST FOR LAST! SUCK IT, OSCARS!!!!

Whew, sorry, we just got a little worked up. We’ve been waiting for the Razzies to make a move like this for years. You’ll hear a lot of naysayers say nay-type things about this movie, like: “Who cares about 2011 movies in April?” “Who will give a crap about movie awards after the Oscars are over?” “How will the Razzies get media coverage when papers and websites can’t just send the reporter they already flew out to LA for the Oscars to the Razzie ceremony?” “Blah blah blah, I’m an elitist snob who thinks the Oscars are so important!”

To all this we say: “Poppycock!” At long last, after 32 years, the Razzies will take place on the day they always should have: April 1, 35 days after the Oscars and 92 days after the last movie eligible for a Razzie was released. CHECK AND MATE, Academy of Motion Picture Arts and Sciences!

Of course, what die-hard RazzieWatchers want to know is: How does this change the awards landscape? Obviously our painstakingly compiled nomination predictions are moot. Now that voters have an extra month to see the Razzie contenders and be affected by the usual cutthroat Razzie publicity campaigns, we could see a completely different roster of nominees on February 25 than we would have on January 23.

Many expressed surprise that this indie horror flick even had a chance at Razzie nominations. But my sources say Tom Six and his disgusting sequel are on the nomination ballot in multiple categories, and the only thing standing between Six and Razzie glory is the fact that so few saw the movie in theaters. (Total domestic “gross,” heh, $141,877.) But guess what comes out on DVD February 14? That’s right, Human Centipede 2. C’mon, Razzie voters: Rent a copy on Valentine’s Day and snuggle up with your honey. Then send in your ballot.

We already had Cage as a likely Worst Actor nominee for Drive Angry 3D, Trespass, and Season of the Witch. We’d now say he’s a lock, and maybe the front-runner to win the Razzie. Why? Because 2013 Razzie hopeful Ghost Rider: Spirit of Vengeance comes to theaters on February 17. So throughout the crucial period when Razzie voters are casting their ballots for the awards winners, Nicolas Cage will be overacting in a terrible movie on 3,000 screens all over the country. You know what that is? The Norbit effect, but this time it’s good news!

Once upon a time, Jack and Jill was all we could talk about. Seems like a long time ago now, doesn’t it? This Adam Sandler comedy doesn’t even appear in the top 40 on this weekend’s box-office estimates. (Last weekend it placed 28th on 298 screens.) Sure, you say, but Razzie voters can just watch it on DVD. Not so fast! DVD release date: March 6, after the nominations come out. Sure, you say, but Razzie voters can just watch screeners. Not so fast! It turns out Sony was so confident — overconfident?! — in Jack and Jill’s Razzie prospects that they didn’t even send out screeners. Was this a fatal mistake? Only time will tell!

And that, dear readers, is what makes Razzie season so exciting — and twice as exciting now!